Israeli officials have said they uncovered a Hamas ploy to hack soldiers' smartphones by posing as women online and luring them on social media. A number of low-ranking soliders have so far been affected. 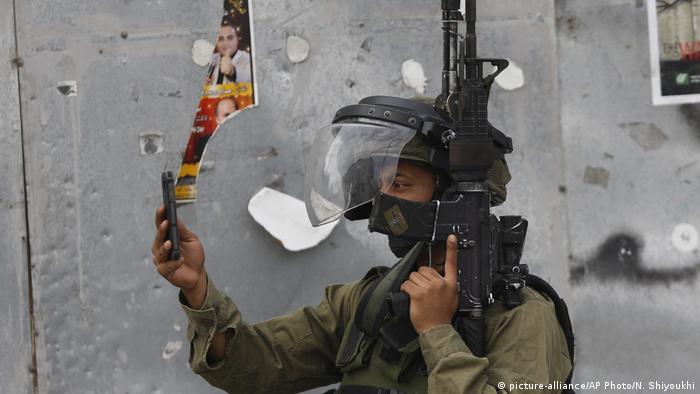 Palestinian militant group Hamas has given classical espionage a modern twist, according to Israeli authorities.

On Wednesday, Israel's intelligence officials told reporters they had unearthed a Hamas plot to spy on Israeli soldiers by posing as women online and hacking their smartphones.

Officials said Hamas militants would track down soldiers on Facebook, pose as women and send photos to their mobile phones. The end goal was to lure soldiers and persuade them to install a chat application that would grant access to their smartphone.

The official, speaking on condition of anonymity under military guidelines, said that dozens of Israeli soldiers had fallen for the ruse, though mainly low-ranking ones.

"It had potential for great damage," he said. "Until now, the damage was minimal. But we wanted to prevent it from happening." He suggested that Hamas militants were seeking to gather information on army maneuvers and weaponry in the Gaza area.

Hamas spokesman Fawzi Barhoum refused to comment on the allegations.

Soldiers with a lonely heart

In a presentation to reporters, officials showed photos Hamas allegedly used, belonging to real women, many of whom wore swimsuits or sunglasses, alongside copies of flirtatious text messages.

One example exchange presented to reporters included a "woman" messaging a soldier, saying "Just a second, I'll send you a photo, my dear," before a picture of a blonde in a bathing suit popped up on the screen. The "woman" then suggested the solider download "a simple app that lets us have a video chat." The app would instead grant the Hamas soldier on the other end access to the phone's camera and microphone.

A video clip showed an Israeli soldier, whose face was covered to protect his identity, telling of a friendship he had struck up with a woman who approached him on Facebook.

"The connection got stronger with time," he said, adding he was persuaded to download the app, which did not work.

"Suddenly I discovered that she isn't a girl. She is Hamas," the soldier said.

Several people were arrested in Jerusalem during a rally in support of Sergeant Elor Azaria, the Israeli soldier who was recently convicted for killing a Palestinian. The verdict sparked waves of outrage in the country. (08.01.2017)

The decision came after Hamas released a video showing a mock birthday party for a slain Israeli soldier. Hamas, in turn, slammed the Israeli decision saying it would only produce negative results. (02.01.2017)

The Israeli premier has called on his rivals to "wait for the celebrations," describing reports of alleged corruption as baseless. Police have questioned him over allegations he accepted "favors" from businessmen. (02.01.2017)