The decision came after Hamas released a video showing a mock birthday party for a slain Israeli soldier. Hamas, in turn, slammed the Israeli decision saying it would only produce negative results. 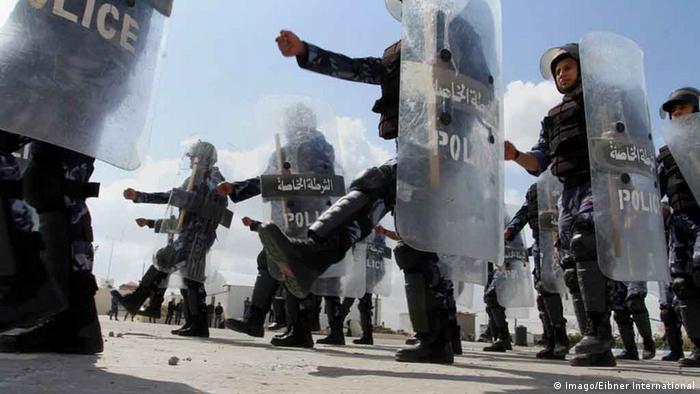 Israel has decided to begin using the bodies of Hamas militants killed in attacks against its citizens as bargaining chips in its efforts to pressure Hamas to return the remains of Israeli soldiers and missing Israeli civilians.

The decision was made by the security cabinet, and it followed the Palestinian group's Saturday release of video footage showing a mock birthday party for Israeli soldier Oron Shaul. The Israeli army believes Shaul was killed in the 2014 Gaza war.

The Israeli army believes that another soldier, Hadar Goldin, was killed along with Shaul two years ago and that Hamas holds their bodies as potential bargaining chips.

"The political-security cabinet discussed standing policy on treatment of the bodies of Hamas terrorists killed during terror attacks and decided that they will not be returned but will be buried," according to a statement posted on Prime Minister Benjamin Netanyahu's official Twitter account.

The decision was slammed by Hamas spokesman Fawzi Barhum, who said the decision on Hamas corpses was "evidence of criminality and barbaric occupation" by Israel.

"These decisions will not give positive results," he said, but didn't elaborate on the possible consequences.

Israel's new policy allows for bodies to be exhumed and handed back for burial if Hamas agrees to strike deals. In the past, Israel has buried the bodies of slain militants at secret locations in remote parts of the country.

It represents a hardening of Israel's position: during 2016, Israel returned 102 bodies for burial, according to the army.

Israeli officials have previously signaled a willingness to repeat past amnesties of jailed Palestinians in order to recover the two soldiers' remains and the civilians held by Hamas. But Hamas insists Israel must make a preliminary release of prisoners before it will discuss such a deal.

A senior Israeli official said in September that Israel had been holding 18 Palestinians from the enclave as well as the bodies of 19 others since the 2014 Gaza war, and "offered to swap them for the bodies of the two Israeli soldiers." However, Hamas reportedly rejected the offer.

Palestine's Hamas movement has welcomed the Security Council vote demanding a halt to Israeli settlements in the occupied territory. Israel rejected the measure, which was approved after the US refrained from vetoing it. (24.12.2016)

Poll: Most Israelis think there will never be Palestinian peace accord

A poll has revelaed that two-thirds of Israelis believe a peace agreement between the two states is impossible. The news comes as the military closes off Israel's borders ahead of Jewish New Year festivities. (02.10.2016)