Several people were arrested in Jerusalem during a rally in support of Sergeant Elor Azaria, the Israeli soldier who was recently convicted for killing a Palestinian. The verdict sparked waves of outrage in the country. 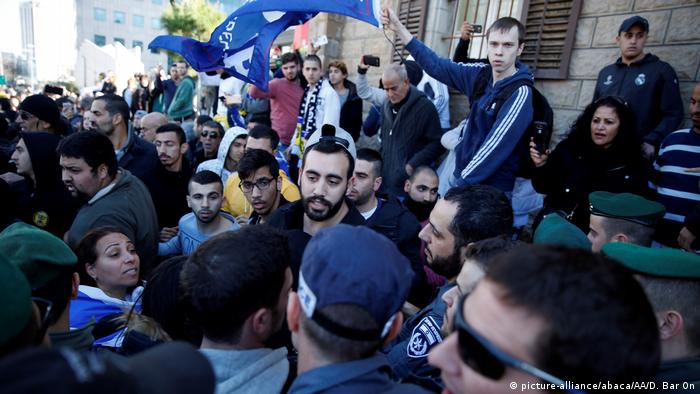 The police detained seven people overnight for disturbing the public order near the residence of Israeli President Reuven Rivlin, authorities said on Sunday.

The demonstrators "wanted to carry out an illegal protest in support of the soldier Elor Azaria," according to the police, following calls to pardon the 20-year-old who had been found guilty of manslaughter earlier this week.

"Some of them blocked the road and refused to obey police instructions," the police added.

Israel is deeply divided over the case, with Wednesday's verdict prompting Azaria supporters to scuffle with the police in Tel Aviv. The unrest has continued with protests, online hate campaigns and death threats to officials involved in the trial. Israeli military assigned bodyguards to all three judges who convicted the infantryman.

Supporters of Azaria have claimed that he was right to shoot a Palestinian attacker in the head while the man was lying on the ground, after mortally wounding a different Israeli soldier. Right wing politicians, including Prime Minister Benjamin Netanyahu, called for the 20-year-old to be freed.

Chief of staff threatened by protesters

On Sunday, the police said they also detained a man involved in a campaign against military chief of staff Gadi Eisenkot, the IDF officer who condemned Azaria's behavior and ordered the incident to be prosecuted. Previously, Israeli media showed demonstrators warning Gadi that he might meet the same fate as Prime Minister Yitzhak Rabin, who was assassinated by Jewish hardliners in 1995.

"Gadi, Gadi be careful, Rabin is looking for a friend," they shouted.

Azaria's supporters also tried to disrupt a unity rally in Tel Aviv on Saturday, set up after a wounded Israeli veteran protested hate and division in Israel with an online post.

"I feel that our people are divided, hurting, hating, disappointed, desperate," Captain Ziv Shilon said on Facebook, adding that it made him ponder if it was worth "fighting for a people that hates itself."

'Cancer of the country'

However, Israeli media reported that a group of pro-Azaria protesters turned up in Tela Aviv to hurl abuse at the attendees of the unity rally.

"You are the cancer of the country," they were heard shouting in radio reports. "You have no right to exist."

Azaria is facing up to 20 years in prison, although his lawyers said he might appeal the guilty verdict.