Israel vows to destroy all Gaza attack tunnels by year-end

Israel's defense minister has made the destruction of tunnels an "essential component" of Israel's security policy. Often used to smuggle goods into the Gaza Strip, the tunnels have at times been used for attacks. 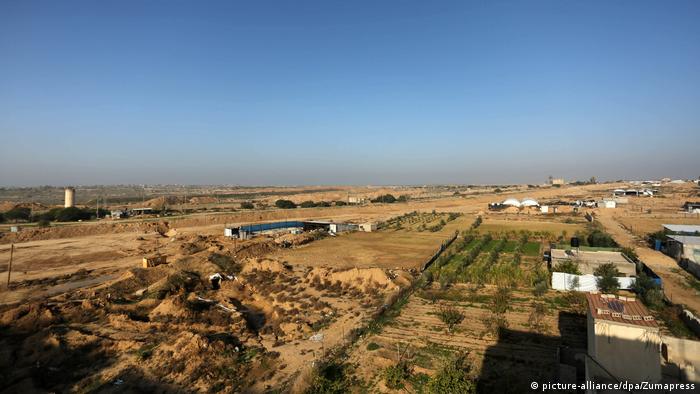 "By the end of 2018, we will eliminate all the Hamas attack tunnels … we may even manage to do this sooner, but the task is to destroy them all by the end of the year," Lieberman said Sunday.

"Destroying the network of offensive tunnels is an essential component in our policy of systematically damaging the strategic abilities of Hamas."

The Israel Defense Forces (IDF) announced Sunday that they have destroyed a cross-border tunnel dug by Hamas to stage attacks in Israel. IDF spokesman Jonathan Conricus said Israeli airstrikes hit the Gazan side of the "terror tunnel" on Saturday.

In a series of tweets, the IDF slammed so-called "terror tunnels" used to commit attacks in Israel, making clear that it holds Hamas responsible for their creation and use.

"This is a severe breach of Israel's sovereignty. Hamas is responsible for the consequences and chooses time after time to jeopardize the welfare of the citizens of Gaza," the IDF said in a statement.

Although many of the tunnels leading from Gaza into Egypt and Israel are used to smuggle goods into the Gaza Strip, which is subject to a blockade from Israel, Palestinian militant groups have also used them for attacks on Israeli soil, most notably during the 2014 conflict.

Tensions have been notably high between Palestinian authorities and Israel after US President Donald Trump took the decision to unilaterally recognize Jerusalem as the Israeli capital last month.

The move was criticized by the international community, including Germany and the EU, as undermining the peace process aimed at implementing a political solution to the decades-long conflict between Israelis and Palestinians.

However, Yoav Galant, a member of Israeli Prime Minister Benjamin Netanyahu's security cabinet, said Israel is "not looking for confrontation with Hamas." The Islamist group, which currently controls the Gaza Strip, has been accused of turning a blind eye toward other radical militant groups operating in the Palestinian territory.

Israel's Netanyahu in India to seal trade and defense deals

Israel and India are trying to build on growing ties as they expand cooperation in multiple fields. But for India, overtly expanding relations involves a balancing act. (14.01.2018)