Israeli Prime Minister Benjamin Netanyahu has announced an unspecified international deal to expel some 40,000 African asylum seekers from the country. The Israeli Cabinet also voted to shut down a migration center. 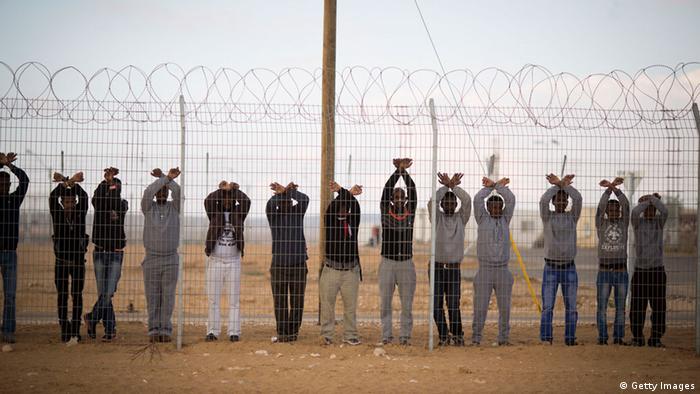 The Israeli prime minister said Sunday he had reached an "international agreement" that allowed his country to deport around 40,000 African refugees.

The asylum seekers, mainly from Sudan and Eritrea, entered Israel through Egypt's Sinai Peninsula in the early and mid-2000s. 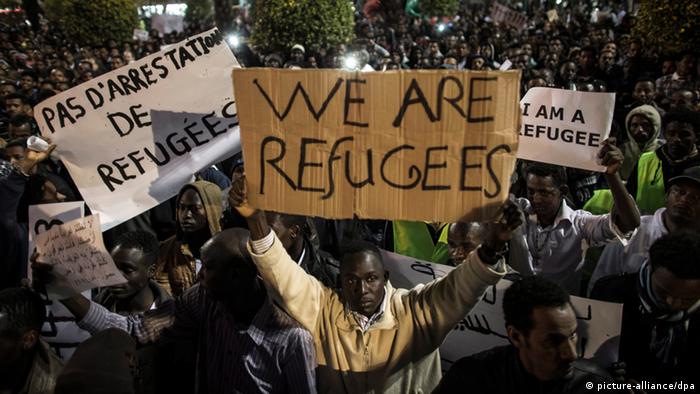 The Israeli government says the African migrants are "infiltrators" and not genuine refugees.

"The infiltrators will have the option to be imprisoned or leave the country," Israel's Public Security Ministry said in a statement.

"This removal is enabled thanks to an international agreement I achieved that enables us to remove the 40,000 remaining infiltrators without their consent. This is very important," Netanyahu said at the start of his Cabinet meeting.

"This will enable us to close down Holot and allocate some of the large funds going there to inspectors and removing more people," the prime minister added.

It is unclear whether the African asylum seekers would be sent back to their homelands or a third country.

In a Twitter statement, Gilad Erdan, Israel's public security minister, said the Holot closure was conditioned on "us seeing that the policy of removing infiltrators to a third country was indeed taking place."

Neither Erdan nor Netanyahu provided details about the third country.

Activists say that refugees from Sudan and Eritrea cannot return to their "dangerous" homelands.

"Instead of turning away refugees within its territory, Israel can and should protect asylum seekers like other countries of the world, instead of imprisoning them or deporting them to continue the journey as refugees," a coalition of human rights organizations in Israel said.