Police demolished the disputed property in East Jerusalem to make way for a school for children with special needs. The fate of the neighborhood has been a source of tension between Israeli and Palestinian residents. 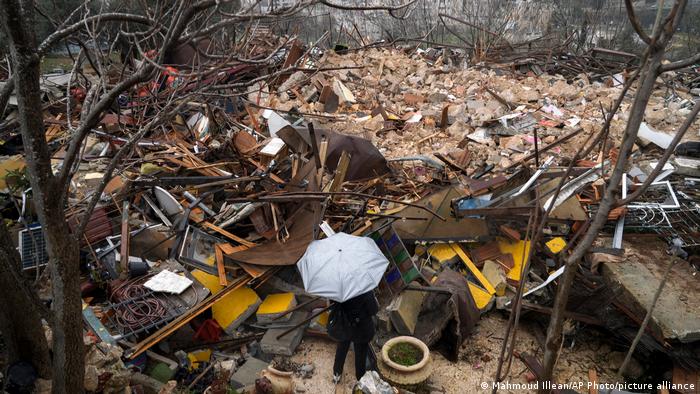 Israeli police evicted a Palestinian family and destroyed home in the neighborhood of Sheikh Jarrah in East Jerusalem on Wednesday.

The flashpoint Sheikh Jarrah neighborhood made headlines last year after an attempt to evict another Palestinian family sparked an 11-day war between the Israeli army and Hamas militants in the Gaza strip.

Some 20 people, including six Israeli Jews who were protesting the eviction, were arrested during the incident.

The owners of the house, the Salhiya family, had been threatened with eviction since 2017. A stand-off on Monday pushed back the police's plan after the family allegedly threatened to set themselves and the house on fire.

Why was the family evicted?

Israeli police and the Jerusalem city council said in a joint statement that the house had been in the way of a planned school for students with special needs that they said would benefit Palestinian children.

"These illegal buildings had been preventing the construction of a school which can benefit the children of the entire Sheikh Jarrah community," the statement said.

"Members of the family living in the illegal buildings were given countless opportunities to hand over the land with consent," it added. 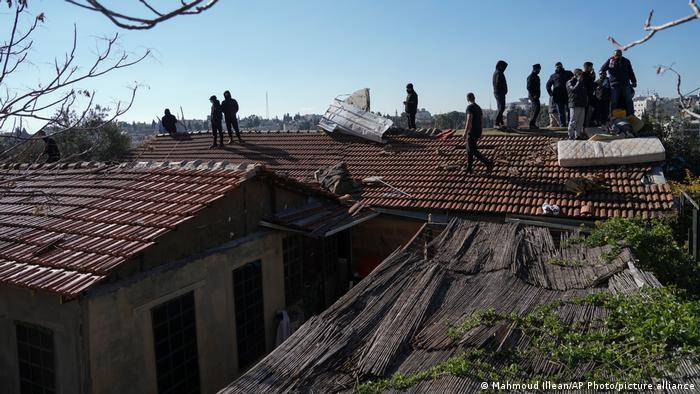 City officials said that the plot of land that the building was on belonged to private Palestinian owners who later sold it to the city.

However, Palestinian activists called the demolition a land grab. Hagit Ofran, a Jewish Israeli researcher for the anti-settlement group Peace Now, questioned the need to demolish the house since the school is to be built on a nearby empty plot.

"This expropriation could have been done without evicting them,'' she said.

A delegation of European diplomats visited the site during the standoff with police, criticizing the evictions.

"In occupied territory, evictions are a violation of international humanitarian law," the head of the European Union's mission to the West Bank and Gaza Strip, Sven Kühn von Burgsdorff, told news agency AFP.

How did the family react?

The Salhiya family household in question consists of seven individuals, including five children. Another household belonging to the extended family is nearby and is also dealing with legal issues.

The family are refugees from West Jerusalem who were displaced in 1948 during the foundation of the state of Israel. Yasmin Salhiya, one of the children of the evicted family, was not at the house during the eviction, but told DW that she has not heard back from her father or brothers who were arrested.

She said that the rest of the family is now split up, living in different places. As for what they were able to take with them, the 19-year-old explained: "We didn't take any clothes, we didn't take any covers, or mobile chargers. We prepared our stuff, our clothes, and everything but we were not planning to leave."

"Now you see everything is on the ground. That's what I see in the pictures, everything was thrown on the floor, there is nothing left," she added.

Dozens of other Palestinian families in Sheikh Jarrah are also facing eviction. They have accused Israeli authorities of practicing discriminatory practices that make it very difficult for Palestinians to acquire permission to build or expand their homes.

Israel rejects claims in many circumstances that the families legally own their homes.

Many say they purchased their plots from Jordanian authorities who took control of East Jerusalem in 1948. Israel later occupied the rest of the city in the 1967 Six-Day War, but the international community has not recognized it as part of Israel.

The UN Security Council ordered a halt to the building of Jewish settlements in occupied territories such as the West Bank and East Jerusalem. More than 600,000 people have settled in these areas despite international condemnation.

Palestinians hold the eastern quarter to be the capital of any future state, while the Israeli government considers the whole city its own capital.