Israel's parliament has finalized a contentious law that will increase the regulation of many Israeli human rights organizations. Critics have denounced the bill for allegedly targeting pro-Palestinian groups. 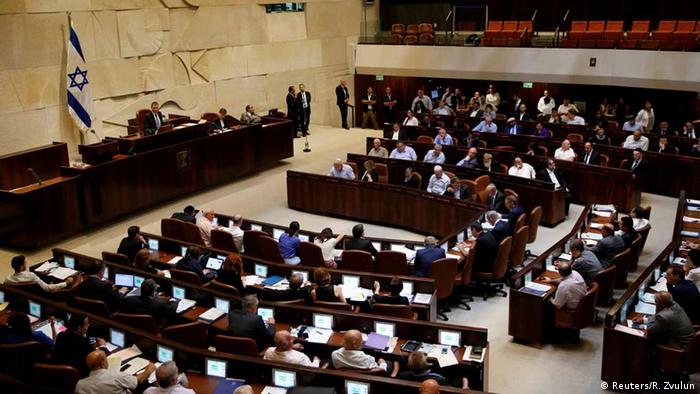 A Knesset spokesman confirmed early on Tuesday that the law had been approved late on Monday by a vote of 57 to 48.

Under the new legislation, non-governmental organizations (NGOs) that receive more than half their funding from foreign governments or political organizations are required to report their main source of income to the NGO registrar, publish it on their website and state it in relevant publications.

'Violation of freedom of expression'

Critics have claimed that the bill targets leftist groups that campaign for Palestinian rights. Although the law does not specifically refer to leftist organizations, right-wing NGOs, such as those supporting Israel's occupation of the West Bank, tend to rely on private donations, to which the law does not apply. 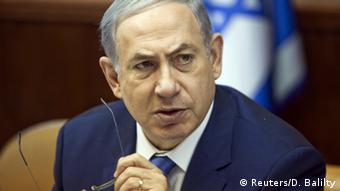 Opposition head Isaac Herzog said ahead of the vote that the law represents "the buds of fascism blooming in Israel," while head of the Arab Joint List Ayman Odeh said the bill seeks to "intimidate and wipe away the few organizations that act and fight in the public sphere for equality to the Arab public."

Peace Now, a prominent settlement watchdog NGO, called the law "a blatant violation of freedom of expression," which aims to "divert the Israeli public discourse away from the occupation and to silence opposition to the government's policies."

The Human Rights Watch also criticized the bill, saying that if the Israeli government were truly concerned about transparency, "it would require all NGOs to actively alert the public to their sources of funding, not just those that criticize the government's policies."

Prime Minister Benjamin Netanyahu defended the legislation, however, saying the law's goal was "to prevent an absurd situation, in which foreign states meddle in Israel's internal affairs by funding NGOs, without the Israeli public being aware of it."

"Unlike the left's claims, the law's approval will increase transparency, contribute to creating a discourse that reflects the Israeli public opinion, and will strengthen democracy," he wrote on his Facebook page following the final vote.

The final version of the controversial bill was watered down by parliament to remove a clause which would have also required representatives of affected NGOs to wear identity tags when speaking at a Knesset, or parliament, committee.

As the United Nations celebrates its 70th anniversary, many question whether the world body is still relevant for ordinary people in areas of dispute. In Israel, in fact, many people consider the UN downright dangerous. (23.10.2015)