The attack on the Mercer Street vessel off the coast of Oman is the latest escalation in an already fraught relationship between the two countries. 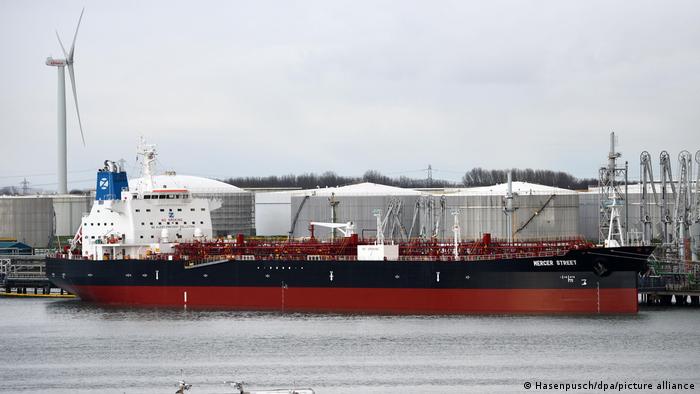 Israeli Prime Minister Naftali Bennett accused Iran on Sunday of orchestrating a deadly attack on an oil tanker off the coast of Oman.

Tehran has rejected the allegations.

What did Israel say about the attack?

"The intelligence evidence for this exists and we expect the international community will make it clear to the Iranian regime that they have made a serious mistake," Bennett said.

"In any case, we know how to send a message to Iran in our own way."

The UK and the US have also blamed Tehran for the incident. British Foreign Secretary Dominic Raab said Sunday: "We believe this attack was deliberate, targeted, and a clear violation of international law by Iran."

Raab said he is working with international partners on a "concerted" response.

'A violent confrontation is the last resort'

US Secretary of State Antony Blinken said the US is "confident" that Iran was behind the hit.

"These actions threaten freedom of navigation through the crucial waterway, international shipping and commerce, and the lives of those on the vessels involved," the top US diplomat said in a statement.

The US Navy believes the oil tanker was hit by an unmanned drone strike.

"The Zionist regime ... must stop such baseless accusations — and it is not their first time to direct such accusations at Iran," Khatibzadeh said.

"Iran will not hesitate for a moment to defend its ... interests and national security," he added.

The Iranian state-run Arabic news website Al-Alam reported Friday that the attack was in response to a recent Israeli air offensive in Syria.

The Liberian-flagged tanker was en route from Dar es Salaam in Tanzania to Fujairah in the UAE when it was targeted. The vessel had no cargo aboard.

Maritime security intelligence firm Dryad Global said it was the fifth attack on an Israel-linked vessel since February.

Israel and Iran have traded accusations of carrying out strikes on each other's ships in recent months.

The latest incident comes at a time of heightened tensions in the region, and as Tehran and world powers meet for talks in an effort to salvage a 2015 nuclear deal.

Israel is opposed to the deal, which would see Iran commit to curbing its nuclear activities in return for sanctions relief.

Iran has funded anti-Israeli groups such as Hezbollah and Hamas, with Iranian leaders often referring to Israel's government as an illegitimate "Zionist regime."