A major offensive has been launched to isolate the "Islamic State" group in northern Syria. Meanwhile, forces loyal to Libya's unity government are pushing back the militant group near their stronghold of Sirte. 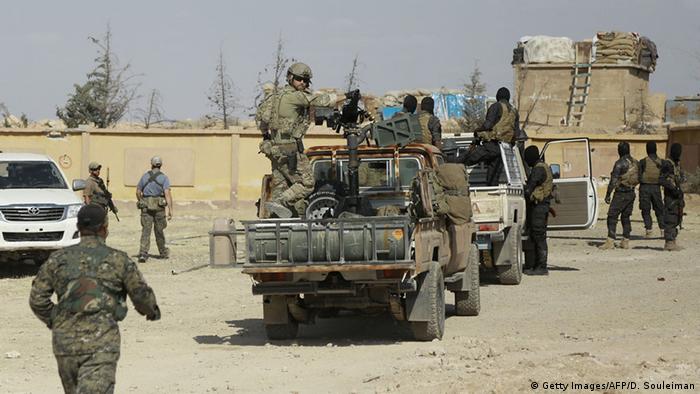 US-backed Syrian Kurdish insurgents launched a major offensive against the so-called "Islamic State" (IS) in northern Syria on Wednesday, seizing territory in the north of the country as they opened the second front against the jihadist group in a week.

Iraqi commanders say the army has begun a new phase in operations to recapture the city from IS militants, who have held it since early 2014. The current campaign to retake it began a week ago. (30.05.2016)

The Democratic Forces of Syria (DFS) started the offensive overnight near the IS-held city of Manbij, less than 20 kilometers from the Turkish border, and took control of over 20 villages and farms, according to the Syrian Observatory for Human Rights.

The offensive comes after the US-led coalition carried out 18 airstrikes in the area the previous day.

Taking Manbij, in Aleppo province, is viewed as a key stepping stone to taking back the city of Raqqa, the de facto capital of the Islamic State group. By taking Manbij, the DFS and allies hope to cut off IS from the other areas under its control and from areas along the border with Turkey that the militants have long used to move foreign fighters back and forth to Europe.

"It's significant in that it's their last remaining funnel" to Europe, a US military official told news agency Reuters.

A small number of US special operations forces will support the push on the ground to capture the "Manbij pocket" of territory, acting as advisers and staying back from the front lines, the officials said, speaking on condition of anonymity to discuss military planning.

"They'll be as close as they need to be for the (Syrian fighters) to complete the operation. But they will not engage in direct combat," the official said.

A Kurdish source, also speaking on condition of anonymity, predicted the Syrian militias would reach Manbij within days, after advancing to within 10 kilometers of the town. 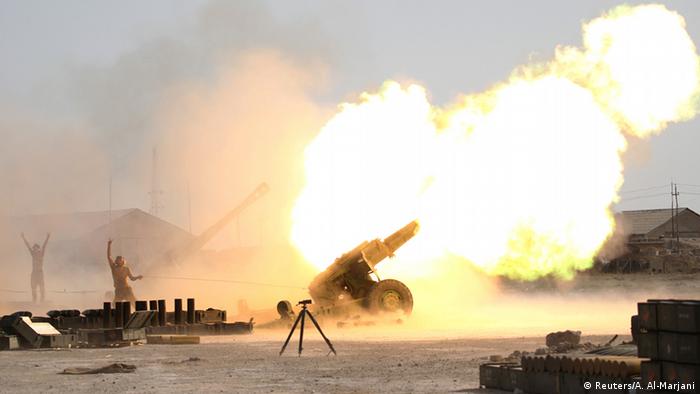 The offensive in northern Syria comes as an advance by the Iraqi military and Shiite militias into the IS-held city of Fallujah was stalled by fierce resistance from the militant group and concerns over protecting tens of thousands of civilians still trapped inside the city.

The operation to retake the city is currently in its second week. More than 50,000 people are believed still to be inside the city, and 20,000 of them are estimated to be children. The UN warned they face a dire humanitarian situation.

Iraqi Prime Minister Haider al-Abadi has vowed that government troops will "hoist the Iraqi flag inside Fallujah in the coming few days."

IS pressured in Libya

Meanwhile, forces loyal to Libya's UN-backed unity government announced Wednesday that they had taken control of a major power plant near Sirte, as they continue their advance toward the IS stronghold 450 kilometers east of the capital of Tripoli.

Fighters allied with the unity government "control all of the thermal power plant" about 23 kilometers west of Sirte, a statement from the pro-government forces said. The plant's capture follows the taking of two coastal towns earlier this week from the jihadists.

Ten pro-government fighters were killed and another 40 wounded in fighting close to Sirte on Wednesday, a hospital spokesman told news agency Reuters.

Sirte, the hometown of slain dictator Moammar Gadhafi, has turned into a recruitment and training camp for IS since the militants seized it in June of last year. Western governments fear the jihadists could use Sirte's port and airport as a springboard for attacks in Europe.

Western officials have called for any offensives against Sirte to take place under the auspices of the unity government installed in Tripoli in March, for fear that rival operations could play into the jihadists' hands.

The UN-backed Libyan unity government has gradually asserted its control over key state institutions, but it still faces a rival administration with its own army in the east of the country.