Ischinger: Grave concern about the Western Balkans | Europe| News and current affairs from around the continent | DW | 16.06.2016

In an interview with DW, diplomat Wolfgang Ischinger criticizes the EU for paying too little attention to recent developments in the Western Balkans. And, he has concrete suggestions for improvements. 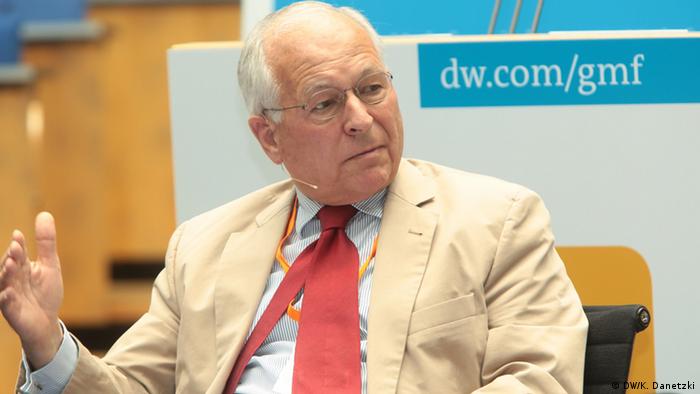 DW: After the first two hopeful decades for the new democracies in Eastern and Southeastern Europe, we've been seeing opposite tendencies recently: Increasing nationalism, restrictions on the press, authoritarian governments. Is this becoming a pattern?

Wolfgang Ischinger: I do think that there are some relatively big shadows, but there are also some points of light: The developments, for example, in Serbia in the last few years have by and large been positive. The fact that Serbian politics has, under the leadership of Aleksander Vucic, been able to largely distance itself from the classic anti-Albanian, anti-Kosovo rhetoric and reach out is progress, especially when you look at the last 15 years. But you're right. The region as a whole - Kosovo, Macedonia, and even EU member Croatia - is a source of grave concern. We have to concede that the expansion politics of the EU and NATO, as well as the politics of the European Union have not brought about the results that we expected 15 or 20 years ago.

We are still far from having a permanent sense of stability in these states. They are still facing problems to do with ethnicity, with the economy, with unemployment, and with the legacy of war. This is partly due to poor political leadership, and also to the fact that it has been very hard to agree on anything.

Take Bosnia-Herzegovina, for example. People there thought they could rely on this temporary constitution that was worked out in Dayton 20 years ago. But it doesn't work that way. It's also partly due to the fact that the West and the EU haven't been paying enough attention to the region at the top levels. In the last few years, all eyes have been on Ukraine. And people forgot that, in Macedonia, for example, a domestic and foreign policy disaster was brewing because we have been unable to give the country a name in the past 20 years and accept it as such. (Ed.: Greece doesn't recognize the name "Macedonia" because it is the name of a northern Greek province.) And that's a tragedy. 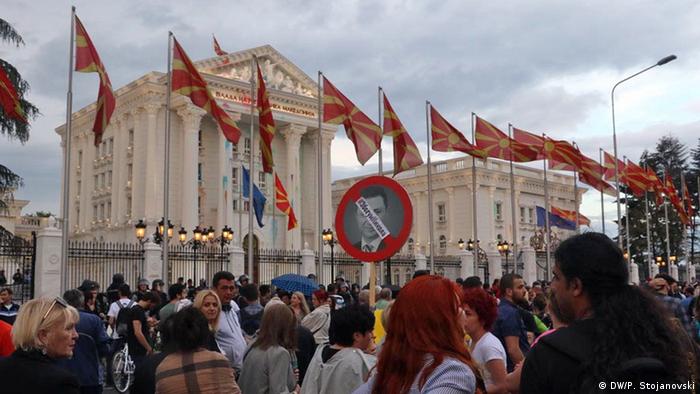 A government is forming now in Kosovo, which has a new president. When do you think it will resume a dialogue with Serbia; what problems do you see there?

I think it's good that the newly elected president of Kosovo, Hashim Thaci, has said he wants to resume talks with Serbia and that he approves of Kosovo's European course. Pristina has largely been consumed with its own problems in recent months; it's been divided about the right way forward. That has caused concern that certain forces there would push Kosovo further into the nationalist camp, just like in other parts of the region. I wish that the EU would appoint a high-ranking person who would have nothing else to do but keep an eye on events in the various capitals and remind those in charge of their responsibilities - in terms of the responsibilities they have to the people who elected them. The problem with the European Union is that we have many commissioners who stand in each other's way, so that in the end, nothing gets done.

That is a concrete suggestion, but we already have strong European engagement in the region. EULEX, for example, is a European mission, and Expansion Commissioner Johannes Hahn is often in the region. Are you saying that the EU needs to consolidate its efforts in the region?

I'm against the excessive type of bureaucracy that's just meant to show presence. Kosovo, for example, has not benefited at all from the fact that, since 1999, there have been thousands of international civil servants, expat employees and soldiers who've been more or less sitting around in Pristina, doing things that could have been done by unemployed Kosovars. And it was also a cardinal mistake that when constructing our relationships with the region, we gave visa-free travel to everyone except the Kosovars. The result has been their isolation from everyone.

Are you calling for a return to the "package" strategy for the Western Balkan states?

Precisely. And I believe in old method of appealing to those states who have an interest in one day joining the EU, of saying: Are you aware that in order to enter the EU, you need to first resolve the disputes you have with your neighbors. Even EU member state Greece will have to eventually compromise and allow Macedonia to bear the country name that I personally think it ought to have: Macedonia.

What has to happen now in Macedonia in your view?

The good news is that the controversial decision to grant amnesty to politicians has been revoked. In my view, that was an important step toward creating the conditions where the government and the opposition can agree to hold elections that will not be boycotted, so they can finally start working on reforms. And it's good that the German government has named Johannes Haindl, someone I really admire, as its new special envoy for the Macedonian political crisis, and that he's now regularly in Skopje.

Diplomat and legal expert Wolfgang Ischinger has been the chairman of the Munich Security Conference since 2008. He previously served as German ambassador in Washington and London.