Is Francois Fillon of France Putin′s preferred presidential candidate? | Europe | News and current affairs from around the continent | DW | 29.11.2016

Conservative French politician Francois Fillon is rumored to have close ties to Russian President Vladimir Putin. DW talked to experts to find out if that might be true. 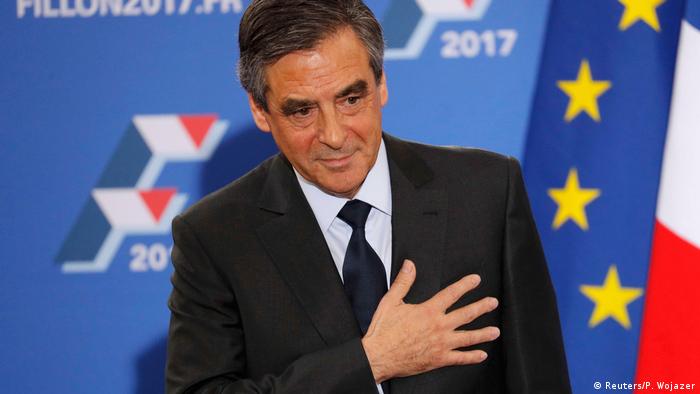 German politicians say action must follow a hack that paralyzed some 900,000 internet connections. Berlin stopped short of blaming Russia, but fears are growing Moscow could try to influence the 2017 German election. (29.11.2016)

France's conservatives: Combating the National Front with a swing to the right

A staunch conservative is joining the race for the French presidency. Republican candidate Francois Fillon could turn into a big problem for right-wing extremist Marine Le Pen's National Front. (28.11.2016)

Republican presidential candidate Francois Fillon can triumph over the right-wing National Front. He is also likely to become a difficult partner for the German government, writes DW's Barbara Wesel. (28.11.2016)

No jubiliation, but a tangible sense of satisfaction. Francois Fillon's victory in the French Republican party primary has been met with positive reactions in Russia. The leading state news agency "Ria Novosti" describes Fillon as the "most pro-Russian of the candidates."

Even the "Novaya Gazeta," known for being more critical of the Kremlin, wrote that Russian President Vladimir Putin could not have gotten a friendlier candidate in France. Dmitry Peskov, Putin's press secretary, was careful in his remarks, commenting that Moscow does not get involved in other countries' domestic affairs, such as elections.

Fillon surprisingly garnered the most votes in the initial runoff last week, pushing his former boss and former French President Nicolas Sarkozy out of the race. In the second runoff on Sunday, he defeated his opponent, Alain Juppé, by a large margin. Fillon will now represent the center-right Republican Party in France's presidential election in April 2017.

His views on Russia are unlikely to have played much of a role in Fillon's victory in the French primary, but they are nonetheless the topic of media scrutiny. While Juppé favors a harder line on Moscow, Fillon is for greater understanding, and including Moscow in the search for solutions to global problems. In an interview, he said he doesn't believe Russia poses any threat. 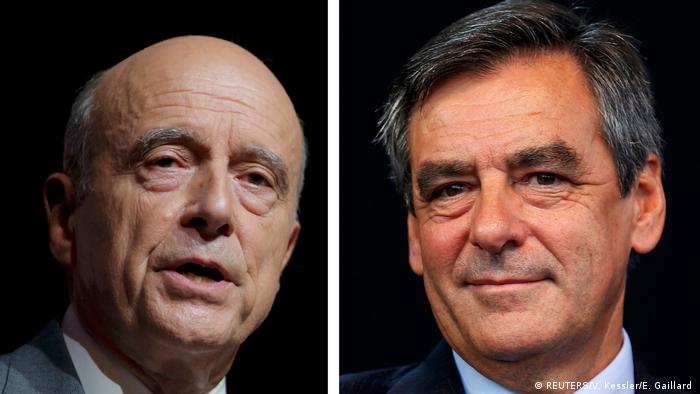 Fillion (right) defeated Alain Juppe in a run-off election, earning the right to be the conservative candidate in next April's presidential election

Experts describe Fillon as "Russia-friendly" saying that his good relationship with Putin dates back to his term as French prime minister. Between 2007 and 2012, Fillon often traveled to Moscow, and also received Putin in Paris. It was a time when Russia and France intensified their business dealings: The purchase of two helicopters for the Russian army, the modernization of beleaguered Russian car manufacturer AvtoVAZ with Renault's help, or the sale of Russian "Soyuz" booster rockets to France, for example.

Ahead of the 2008 NATO summit, Fillon positioned himself against membership in the alliance for Georgia and Ukraine, in order not to rock the boat with Russia. After the Russian-Georgian war in 2008, he advocated dialogue with Russia, while at the same time conceding that Moscow had "perhaps been a bit brutal" in the Caucasus.

Particular regard for Putin

Even after his time as prime minister, Fillon remained in contact with Moscow. Putin and Fillon are almost the same age - the Russian president is just two years older. When asked about their close relationship, Ronja Kempin, an expert on France at the Berlin-based German Institute for International and Security Affairs, gave two examples.

"Francois Fillon speaks of 'cher Vladimir.' That's a very personal way of addressing someone that is hardly ever used in French politics - it indicates a great deal of regard," Kempin told DW. After the death of Fillon's mother, Putin reportedly sent him a bottle of 1931 wine - the year of her birth.

According to Kempin, the basis for this mutual regard is a shared ideology. Fillon has a "comparatively conservative social view with strong religious components." He said he intends to strengthen the family, which he sees as the foundation of society. Fillon is also critical of a multicultural society, and sees Russia "as a bit of a model" in this regard.

"He also has a similar understanding of international politics to Putin: He believes in a world of states, not so much in international organizations," Kempin said. 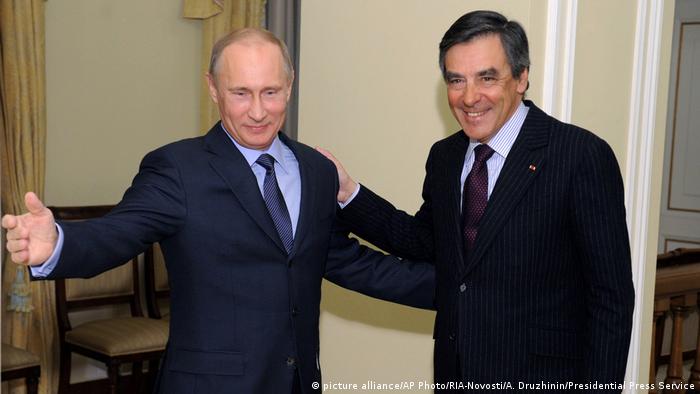 Recognizing the annexation of Crimea?

Thomas Gomart, a Russia expert and the director of the French Institute for International Relations (IFRI) in Paris, things the media is making too much of Fillon's pro-Russian views. "Yes, he has a tendency to be pro-Russia, but that doesn't mean that he is pro-Putin," Gomart told DW, adding that Fillon has also spoken critically about Russia. The political scientist remembers that, under Fillon, the French government participated in the 2011 military intervention in Libya - a move that Putin continues to sharply condemn today.

The experts decline to speculate on whether Fillon will work to end sanctions on Moscow or recognize Crimea as a part of Russia. That could be the new French position, but it is not certain, said Kempin.

Gomart doesn't put much stock in such a scenario. A unilateral lifting of sanctions would be a blow to the common European position, he said, adding that recognizing Crimea as Russian territory would go against the resolution of the UN General Assembly.

The IFRI director believes that much depends on the position taken by the new US administration under Donald Trump. And he said that Berlin's stance is even more important. "France cannot afford to go it alone on Russia and not take Berlin's views into account," said Gomart. "Fillon can only implement his economic program if he maintains good relations with Berlin." In this respect, the outcome of Germany's parliamentary elections in the fall of 2017 will also be decisive.