The recent dissolution of Cambodia’s main opposition party has cast a dark shadow over the country’s political future, with critics saying it dealt a death blow to democracy there. Ate Hoekstra reports from Phnom Penh. 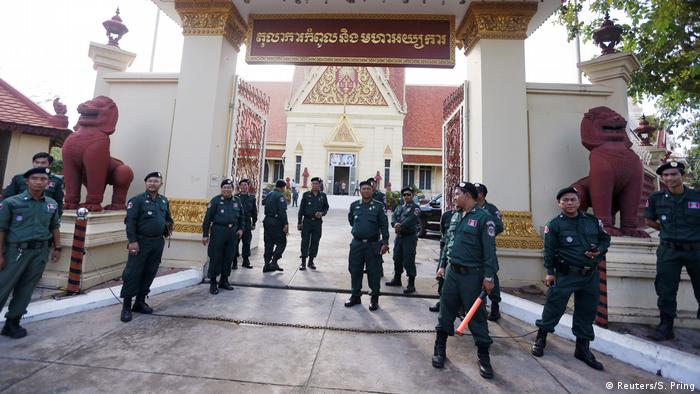 During Donald Trump's recent visit to the ASEAN Summit in the Philippine capital Manila, the Cambodian prime minister had admiring words for the US president. Hun Sen praised his American counterpart as being a "wonderful president" and "most respectful" person.

Just a few days later, Washington lashed out at the Cambodian government, expressing grave concern about the dissolution of the country's main opposition party, the Cambodian National Rescue Party (CNRP).

"It is becoming increasingly evident to the world that the Cambodian government's restrictions on civil society, suppression of the press, and banning of more than 100 opposition leaders from political activities have significantly set back Cambodia's democratic development and placed its economic growth and international standing at risk," read a statement issued by the White House press secretary.

The statement was a response to the Cambodian Supreme Court's decision last week to dissolve the CNRP, after its leader Kem Sokha was jailed on charges of treason and suspected of planning to overthrow the government with help from the US. The court also banned 118 opposition members from politics for five years. 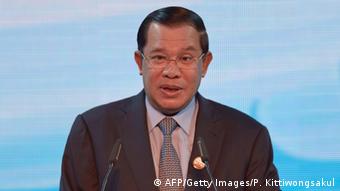 Prime Minister Hun Sen has been in power since 1985

Although Hun Sen, who has been in power since 1985, said the dissolution of the opposition party was necessary for the country's stability, the decision was widely criticized, with some observers calling it the "death of democracy."

Kingsley Abbott, a legal advisor for the International Commission of Jurists (ICJ), told DW that Cambodia "is in the grip of a human rights crisis which appears to be worsening with each passing week."

This downward trend, in which independent media and NGOs are also in the firing line, could put Cambodia in an isolated and risky position, politically as well economically.

Just five months ago, the CNRP made surprising gains, when it won over 43 percent of the votes during local elections. But those three million votes have now gone up in smoke. The court has ordered 489 local officials to hand their tasks over to members of Hun Sen's ruling Cambodian People's Party (CPP).

This forced transition of power could lead to disruptions and bring local development to a halt.

San Chey, the Cambodia director of the Affiliated Network for Social Accountability, an organization that aims to improve local governance, said that new, unelected local officials may not be ready to serve the country. "When persons from the party that the people didn't vote for need to serve citizens, I have concerns about poor cooperation and participation in commune work." 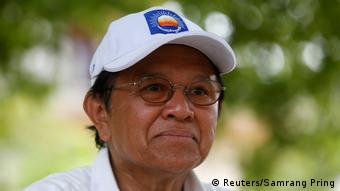 Internationally, too, Cambodia could be in trouble. Both the US and the European Union (EU) issued strong statements after the dissolution of the CNRP. The EU also warned that there could be economic consequences, pointing out that "respect of fundamental human rights is a prerequisite for Cambodia to continue to benefit from the EU's preferential Everything But Arms scheme."

The EU is the most important export market for Cambodia's garment industry, which employs over 600,000 workers in the Southeast Asian country. Together with the US, the European market imports around 65 percent of Cambodia's garments and footwear, estimated to have a total export value of €6.2 billion ($7.3 billion) in 2016.

If Cambodia is not allowed to benefit from the "Everything But Arms" deal, the impact could be significant.

Both the US and the EU are also important providers of development aid.  The EU alone plans to spend about €410 million in the country between 2014 and 2020.

Among other things, the money goes to projects related to agriculture, health, democracy development and the environment. The US gave about $64 million to Cambodia last year, with a big part of that going to the health sector.

The US has said it will take concrete steps against the Cambodian government and already announced it will stop funding elections. Hun Sen, though, challenged the US to cut all the aid. In earlier statements, the Cambodian leader said he could always depend on funds from China.

Human Rights Watch called for sanctions last week. And ICJ's Kingsley Abbott said that "all legal, political and economic options should be on the table."

Abbott also mentioned that the ICJ had called for a meeting of the United Nations and countries involved with the Paris Peace Accords, which Cambodia signed in 1991 and were supposed to transform the country into a democracy.

But San Chey warned that sanctions may not work. Cutting aid will only make poor people suffer and may affect services to citizens and projects that are aimed to reform the government, he said. "For me, I'd rather see diplomatic effort to solve the problems than sanctions."

The arrests are the latest in a widening crackdown on media and the opposition in Cambodia ahead of elections next year. The move further strains ties between the United States and Cambodia. (18.11.2017)