Is Bulgaria ready to give up coal?

Under pressure from the European Union, Bulgaria has finally committed to giving up coal. But miners fear that the country has failed to plan for a transition to greener jobs. Workers at the Mini Maritsa Iztok lignite mine in Bulgaria

At first glance, the Mini Maritsa Iztok mine is an empty, grey-brown expanse as barren as the surface of the moon, desolate except for the behemoth machines methodically carving lignite out of the ground. Sprawling over 240 square kilometers (92 square miles), this is Bulgaria's biggest coal mine, supplying nearby power plants in the Stara Zagora region that produce around 30% of the country's electricity.

Yet a closer look reveals the landscape to be alive with hundreds of workers. Slogging through 12-hour shifts, they're operating excavators from cabins, driving front-loaders, and standing by for electrical repairs. Men like 40-year-old Yordan Mitkov, a married father of two, who has worked at the open-pit mine for seven years removing soil to expose the lignite, a crumbly — and even more carbon-intensive — cousin of hard coal.

The job wasn't Mitkov's childhood dream but the pay is good, with average salaries in the mining sector at a similar level to those in finance, according to the Bulgarian National Statistical Institute. But Mitkov isn't sure how much longer coal workers like himself will be in work. "Everyone is worried about his means of living, his family, what will happen with us," he said. A green recovery from COVID-19?

For years, Mitkov and his colleagues have followed the political debate over the transition to a greener economy. The European Union set a target of carbon neutrality by 2050, which means member states like Bulgaria will have to give up coal. With the European Green Deal, it is making funds available to member states to provide new jobs and make the transition to a greener economy part of Europe's economic recovery from the pandemic.

But until earlier this year, the Bulgarian government insisted that coal sector jobs were safe. For a decade, the country was governed by Prime Minister Boyko Borisov, whose government passed a declaration last year promising to protect the state-owned Maritsa Iztok II power plant "regardless of the opinion of the European Commission on this issue." For Mitkov and his colleagues, this disconnect made the Green Deal feel "like a rumor flying around, like a ghost."

But in April this year, Borisov lost his post following an inconclusive election. In October, a caretaker government announced that Bulgaria would phase out coal by 2038. Setting a deadline for the end of coal was a requirement for the country to apply for €6.6 billion ($7.6 billion) of funding from the EU's Recovery and Resilience Facility, which is supposed to help member states get back on their feet post-COVID. 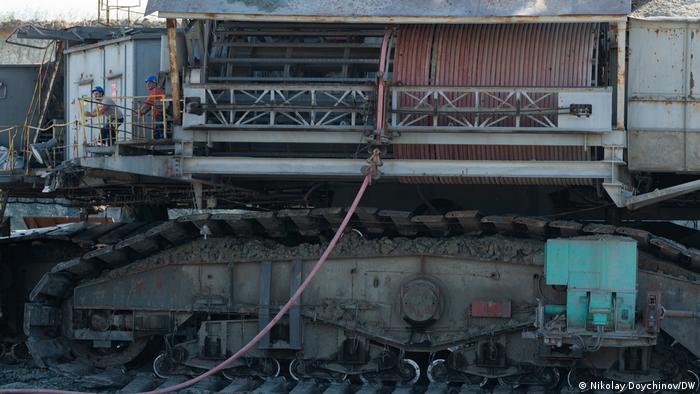 The beginning of the end for Bulgarian coal?

The 2038 deadline in Bulgaria's recovery plan is still a long way off, with many other European states aiming for 2030. But the plan also outlines the development of new gas and renewable capacity that would replace much of the country's coal capacity within the next decade.

Alexander Nikolov, the caretaker government's former deputy minister of energy, told DW that with the price of carbon on the European Emissions Trading System reaching an all-time high of over €60 per metric ton this year, protecting lignite was no longer viable. "It's not whether there will be a change, it's a question of how to make the change efficient and human-centric," Nikolov said. In other words, how to make sure the coal phase-out doesn't leave Bulgarians unemployed and impoverished.

The day before the recovery plan was submitted, employees of the Maritsa coal complex protested in the Bulgarian capital of Sofia, calling on the government to protect their jobs. The Maritsa complex directly employs 12,500 people across its mines and power plants, and according to the trade unions who led the protests, another 100,000 jobs are indirectly dependent on the sector.

Aside from the €6.6 billion Bulgaria applied for from the Recovery and Resilience Facility, Bulgaria is eligible for €1.2 billion from the EU's Just Transition Fund, which was set up specifically to address the impacts these workers fear — for example, by retraining them for jobs in greener energy. 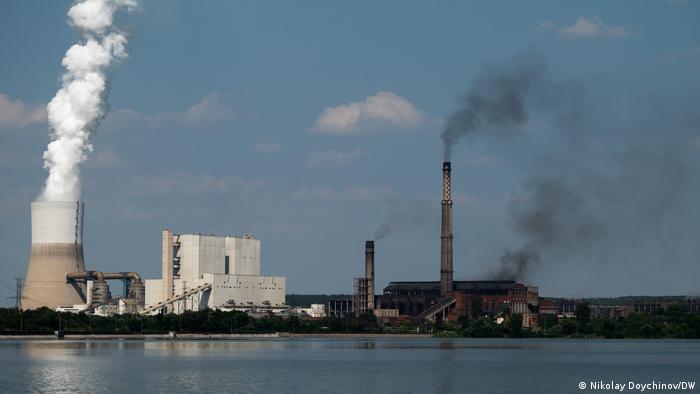 The Maritsa complex of mines and power plants employs 12,500 people, but many others are dependent on the coal sector

The open-pit Maritsa mine is currently tearing up some of Bulgaria's most fertile land, and the caretaker government has flagged the site's potential for a business park or solar power farm. Elsewhere, Stara Zagora's Thracian history and spa resorts are ripe for touristic development, Grozeva said: "If all of these resources are well-planned as a system, [Stara Zagora] really has significant potential to be a leading region."

But miners like Mitkov fear that a decade of inaction will make the transition to a green economy difficult. "A lot of things should have started, but they're late," Mitkov said. "Everyone's dribbling but no one is shooting the ball."

While countries like Romania are already retraining miners as wind-farm technicians, Bulgaria has no such programs up and running. The Stara Zagora Regional Economic Development Agency has a pilot program to retrain workers, but it won't be fully operational until February of 2023, despite frequent inquiries from coal workers eager to take part.

Even those skeptical of the coal phaseout say they'd retrain if they could. Nikolay Cholakov, a section chief in the Maritsa mine's repairs department, said he still hopes coal will have a future in Bulgaria, but if the Just Transition Fund paid for him to gain the skills to move into another line of work, "of course" he'd take the opportunity. 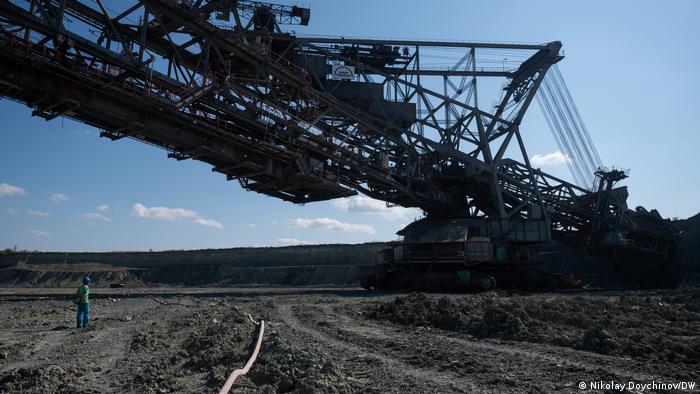 Could the heavy machinery and barren expanses of open-pit ignite mines be replaced with farmland or solar power parks?

Prospects for a new Bulgaria government

With Bulgarians heading to national elections on November 14, the future of the country's coal sector will soon be in the hands of a new government. But Julian Popov, a fellow with the European Climate Foundation, says regardless of who wins, he expects coal power generation to end as soon as 2030 because of market forces.

Trade unions, meanwhile, have said they will pressure whoever takes power protect the coal industry. And Grozeva isn't hopeful a new administration will be clear with coal workers about how fast Bulgaria needs to make the transition. "I'm not sure there is a strong enough politician to stand up in front of these guys and tell them the truth," she said.

This story was supported by the Pulitzer Center.

Reports of wiretapping and police violence in Bulgaria during protests in 2020 have caused alarm. European Parliament lawmakers, government ministers and members of the protest movement have made serious accusations.

Whitehaven – a town and its coal

Flipping the Script: A different kind of climate debate