Ireland has long been seen as an outlier on corporation tax, particularly in the European Union. But suggestions it is willing to increase its rate comes as pressure mounts on Dublin to fall in line with G7 proposals. 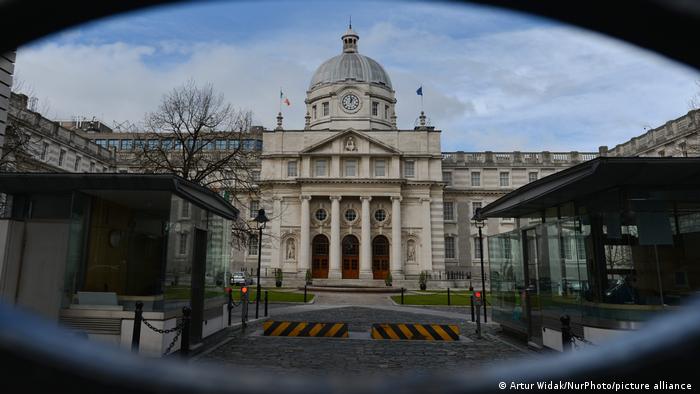 While a formal decision is still to be confirmed, pressure is mounting over Ireland’s opposition to global corporate tax reform proposals.

Several government sources have told the Irish Examiner that the country's major tax incentive for large multi-national firms is set to be abandoned in October.

Earlier this month, some of the globe's largest economies reached a broad agreement on key aspects of a worldwide tariff which will see a minimum taxation rate of 15%.

Ireland doesn't want to be an international pariah

Irish Finance Minister Paschal Donohoe has so far only indicated he is willing to discuss the impact of a new global minimum rate, but behind the scenes there is a greater determination to comply, according to the daily.

"Ireland will continue to make the case for the rights of small countries to retain some competitive advantage, but we don't want to be an outlier in terms of a global tax deal,” a senior coalition figure told the newspaper

Ireland does not want to become an international pariah, according to the source, and therefore is prepared to move in line with the new proposals.

Last week, members of the G7 reached an agreement on a deal that would set the 15% minimum tax rate for major companies.

Talks between finance ministers from the world's largest economies in Venice, Italy, saw progress made, though a final agreement on the minimum tax rate is not expected until the G20 leaders' summit in October. This is also the date Ireland has penciled in for altering its rate.

US Treasury Secretary Janet Yellen said that while Washington will seek to address the concerns from some reluctant countries, "it's not essential that every country be on board."

"The world is ready to end the global race to the bottom on corporate taxation, and there's broad consensus about how to do it — with a global minimum tax of at least 15%," she said.

Tax 'a chance to end the race to the bottom,' says German finance minister

The US had proposed the minimum corporate rate of 15% to stop tax havens from competing to attract major companies.

Over 130 countries already backed the plan, brokered by the Paris-based Organization for Economic Cooperation and Development (OECD).

The 15% minimum rate would affect fewer than 10,000 multinational firms, those with an annual turnover of more than €750 million ($890 million).

The second component of the reform would give countries the right to tax multinationals for profits earned in the country. This measure would particularly impact tech giants like Google, Facebook, Amazon and Apple.

The G20 members — comprised of the world's largest economies — are expected to benefit the most from the planned tax reform.

It would bring around $150 billion (€127 billion) in additional tax revenues globally.

Merkel sets off for farewell US visit as chancellor

The last official US visit of outgoing German Chancellor Angela Merkel comes as US-German relations seem on the up. But her meeting with US President Joe Biden will still cover some tricky topics.