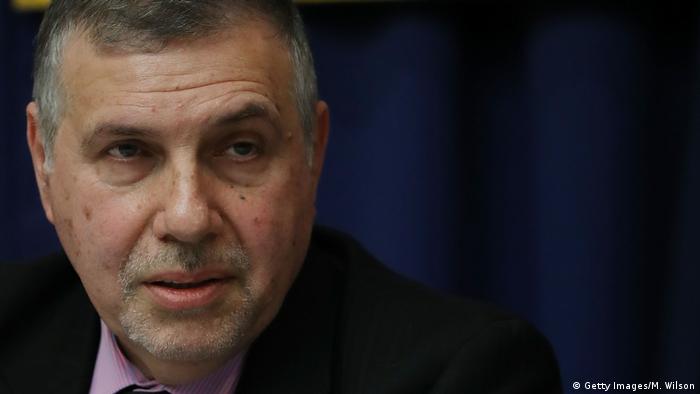 Mohammed Allawi was named prime minister of Iraq on Saturday.

His appointment by President Barham Saleh came after weeks of wrangling between rival political parties following the resignation of former Premier Adel Abdul-Mahdi.

The president had said he would name his own candidate unless the country's divided parliament could agree on a nominee by February 1. The different factions managed to reach a consensus before their deadline expired, according to officials cited by the Associated Press.

In a pre-recorded video posted to Twitter, Allawi said President Saleh had tasked him with forming a new government. The 65-year-old ex-communications minister also pledged to tackle corruption and set a date for early internationally monitored elections.

Former Prime Minister Abdul-Mahdi announced in November that he would step down following mass anti-government protests in Baghdad and southern Iraq.

For months, demonstrators have been calling for the removal of what they see as a corrupt political elite. The unrest has led to almost 500 deaths since October.

Under Iraq's constitution, Allawi has one month to choose his Cabinet and put together a government program.

In his Twitter video, he called on protesters to continue with their uprising and said he would look to their demands when forming his government.

"I'm an employee (at your service) carrying your trust, so do not go back until you get what you want, whether from me or someone else," he said, adding that he would resign if political blocs tried to pressure him into giving them Cabinet posts.

Shortly after the appointment was announced, protesters gathered in the capital and other cities to voice their opposition to Allawi, who many view as belonging to the political elite.

Populist cleric Moqtada al-Sadr, whose supporters had clashed with protesters earlier in the day, gave his backing to the new prime minister, saying he had been "chosen by the people."

"I hope the president's appointment of Mohammad Allawi is acceptable to the people and that they have patience," he wrote on Twitter.

Al-Sadr leads one of the most powerful blocs in parliament and is expected to vie with a rival grouping of Iran-backed parties for ministerial posts in the next government, possibly leading to more deadlock.