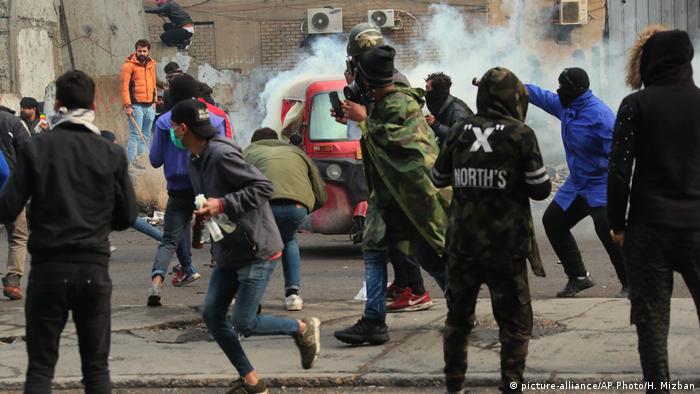 Authorities advanced toward Tahrir Square in Baghdad, where the main protest camp is based, shooting live rounds and firing tear gas in an effort to disperse protesters.

Protesters' tents were also reportedly set alight as police tried to remove them in order to reopen public squares and at least one bridge over the Tigris River.

Demonstrators fear that their long-running campaign would be sidelined if they were cleared from the site at Tahrir Square.

The fresh clashes happened a day after populist Shiite politician and cleric Muqtada al-Sadr organized his own mass rally demanding US troops leave Iraq, before announcing that he would no longer back the protest movement.

In a tweet Friday evening, Sadr indicated his "disappointment" toward anti-government protesters in Baghdad.

The removal of his support is a heavy blow to the tens of thousands of protesters, many of them from Baghdad's slums, who have taken to the streets and who saw Sadr as a leader. 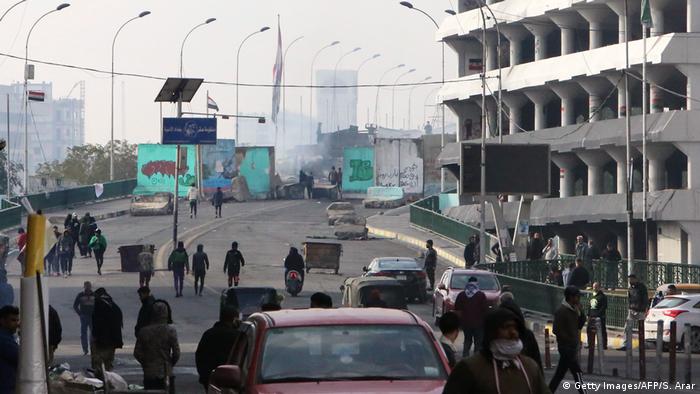 There are concerns that security forces are aiming for a wider crackdown to end months of unrest, taking advantage of Sadr's removal of support for the activists.

Stray bullets and tear gas canisters have killed three protesters in the Iraqi capital. In the high-security Green Zone, at least two rockets have landed near the US Embassy, according to police sources. (21.01.2020)