Iraq oil auctions cause concerns over stability in Gulf hierarchy | World | Breaking news and perspectives from around the globe | DW | 23.12.2009

Iraq oil auctions cause concerns over stability in Gulf hierarchy

Iraq's emergance as an rival to oil giant Saudi Arabia is causing concern in OPEC and the countries of the Gulf region. Some believe a newly oil-rich Iraq could disrupt OPEC's dominance and destabilize the Middle East. 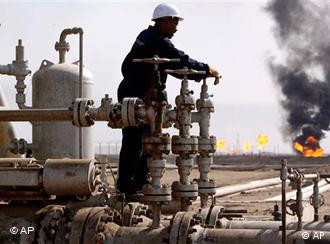 Iraq is open for business but concerns over stability remain

Iraq looks set to shake up the Middle East's oil hierarchy after the Iraqi Oil Ministry ended its second bidding round last week, awarding seven oilfields in a tender which could eventually increase the war-torn country's capacity to 12 million barrels per day.

The auction, which centered on oilfields ready for development, saw Russian and Chinese oil firms secure lucrative contracts at the expense of companies from the United States who were largely absent from the tender for deals to tap Iraqi oil reserves, the world's third-largest. 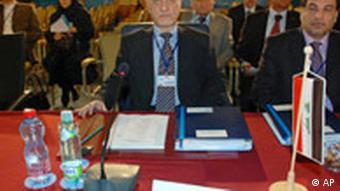 Al-Shahristani is confident Iraq can shake up the oil industry

While the lack of success for US companies caused some surprise - considering the widespread belief that the US-led invasion was based on a thirst for oil - the main topic of debate after the auction was the likelihood that Iraq's new oil power would move Baghdad into the big league of oil producing countries and give it a strong hand in future Organization of Petroleum Exporting Countries (OPEC) negotiations on output quotas.

OPEC countries, particularly the world's top oil exporter and OPEC's most powerful member Saudi Arabia, were left to consider what Iraq's new position would mean for the stability of the organization and the future price of oil.

Iraq was exempted from OPEC's output targets during the 1990s while the country labored under international sanctions. While its own output was compromised under the UN-brokered restrictions, Bagdad was not subject to the rules that OPEC's 11 other members had to adhere to while keeping to set levels of output.

"Most Iraqis understand that the reasons for their poverty and the reason for their isolation is the regime of Saddam Hussein," Hazhir Teimourian, a Middle East expert with the Limehouse Group of strategic analysts in London, told Deutsche Welle. "Now they realize that they are no longer isolated from the world and they're going to make the most of their oil wealth."

Iraq on collision course with OPEC over quotas 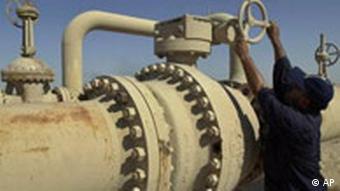 Iraq could ignore OPEC rules and flood the oil market

Once Iraq more than quadruples its output capacity, OPEC will have to take steps to prevent Iraq from flooding the market, and force Baghdad to realign its supply policy with other members and stick to an output target. If not, the current level of supply and demand which OPEC has worked hard to achieve, which provides oil at a price it deems reasonable to producers and consumers - currently around $75 a barrel - will come under threat.

"This will certainly cause ructions within OPEC because Iraq has huge resources and we can only assume that the Iraqis are going to pump as much as possible because they need the money," Judith Kipper, the director of the Energy Security Group of the Council on Foreign Relations in Washington, told Deutsche Welle. "If they get to the predicted number of barrels produced per day, this is really going to be a real issue within OPEC." 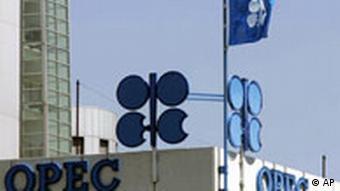 Kipper believes that Iraq may embolden other OPEC members to act selfishly in the oil market.

"OPEC only operates as a cartel when it's in everybody's interests to abide by whatever they decide but we have seen that individual countries act in their own national interests and not in the rulings of OPEC or the world's petroleum markets and I think that will continue and possibly get worse," Kipper said.

"If Iraq refuses to abide by the OPEC output level rules, then there's not much OPEC can do. Iraq may be land-locked but it has a couple of major pipelines which could be restarted and if relations with Syria and Lebanon ease then we could see Iraq pumping its oil to a Syrian or Lebanese port, bypassing OPEC countries."

Hazhir Teimourian agreed: "Iraq flooding the market will be very bad news for Saudi Arabia and OPEC and neither could do anything to stop it," he said. "Why should Saudi Arabia be the only ones to export eight or nine million barrels a day and we have to stick to a lower OPEC output? In fact, Iraq could actually leave OPEC and go it alone. OPEC and Saudi Arabia will just have to take it." 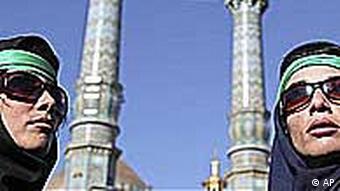 Iran finds itself in a period of social and political upheaval

As well as causing tensions within OPEC, some analysts believe that Iraq's new power in the oil market and the Gulf's increased dominance over the world's oil resources may lead to wider problems. But while few believe that Iraq will be the focus of new energy wars, Hazhir Teimourian believes Iraq's oil fields may be used as an excuse by an old foe to provoke conflict for domestic reasons.

"Iran is very unstable," said Teimourian. "The present Islamic regime will either have to give in to the reformists or collapse ( ... ) and if Iraq is to become destabilized it will be because of Iran trying to divert attention from its own internal problems by provoking border clashes with the excuse being the disputed oil fields. But it is inconceivable that there will be wars over Iraq's oil fields. Iraq would never be attacked by Russia, China or India. Iran is the only threat to Iraq."

Judith Kipper says she believes that Iraq's acension to the top table of global oil powers will not necessarily lead to obvious conflict but more strategic maneuvering for political gain.

"The Gulf is where two thirds of the world's oil is so it will continue to be the most important region and resource for the entire world," Kipper said. "It may not destabilize the region as such but Iraq's new power will certainly lead to some wheeling and dealing within OPEC, and there may be some power plays made by Saudi Arabia which is addicted to its oil revenues and has a hugely expanding population and these could lead to tensions in the Gulf."

Kipper believes that the oil auction and the contracts handed out by the Iraqis are already causing concerns due to what some believe could be hidden agendas.

"One of the concerning factors is that, apart from the Exxon Mobil deal, Iraq has only dealt with national oil companies," she said. "National oil companies don't always operate purely on the profit motive and can be politicized and this could be an issue in the future."

"The national oil companies from Russia and China are ready to accept the deals which Iraq is offering, which aren't even that good. Some of these companies are from non-democratic nations and you can never really tell what the real agenda may be. Perhaps they're looking to position themselves to have some future political influence," she said.

In a two-day auction, Iraq has opened the bidding to international firms to develop some of the world's largest untapped oil reserves. A Russian-Norwegian consortium won a bid to develop Iraq's biggest oil field. (12.12.2009)

British companies should invest more boldly in Iraq, trade officials in Baghdad say, adding that competitors - Germany among them - are making their moves faster. (05.11.2009)

Opinion: Iraq is a long way from peace and security

A series of bomb blasts in the Iraqi capital killed over 90 people and injured more than 500. The attacks were the worst since the beginning of the US withdrawal, writes Rainer Sollich, head of DW's Arabic service. (20.08.2009)