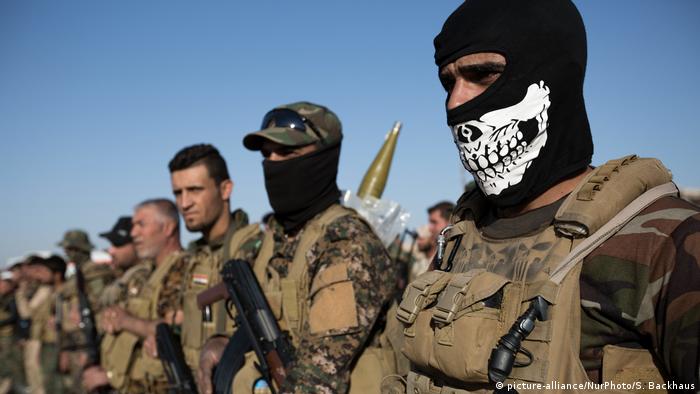 "Yes, there have been murder incidents," admits Hussein Zainal, a member of Bashiqa's local council, when asked about the behavior of the 30th Brigade of the Iraqi Shiite militias in this mixed town on the Nineveh Plains in northern Iraq. "They are not a trained army. The boys have no ethics or knowledge of human rights."

The 30th brigade is part of the Hashd al-Shaabi, or Popular Mobilization Units (PMU), which consists of some 150,000 volunteers divided between some 40 Shiite militias. The PMU was formed to fight the Islamic terror group "Islamic State" (IS) after a fatwa issued by the religious leader of the Iraqi Shiites, Grand Ayatollah al-Sistani.

Eighteen months after IS was defeated in Iraq, the militias still guard checkpoints in cities that were liberated from the group, but reports about their misbehavior are everywhere. Militias in Nineveh have been accused of violence and murder, abuse of power, illegal enrichment, and corruption. There is even talk of a mass grave containing the bodies of 80 people killed by militia members. Recently, the 30th Brigade blocked the motor way to Mosul and clashed with the Iraqi army to prevent it from taking over its checkpoints. 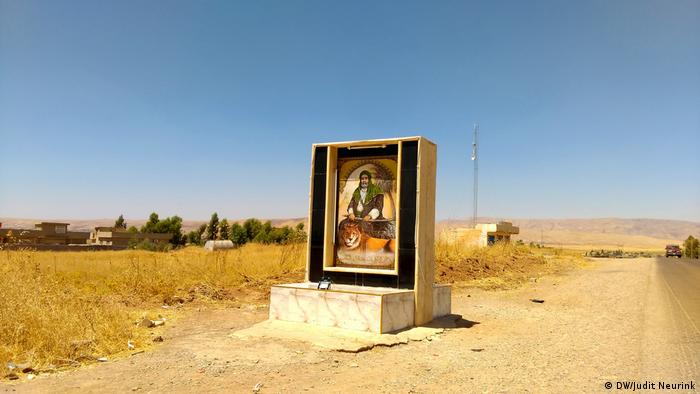 In the villages around Bashiqa, the militia has taken over the role of the police. As a result, people no longer trust the law and turn to tribal heads and the clergy to solve their problems. While Bashiqa and its 52 villages are inhabited by a variety of ethnic and religious denominations — Yazidis, Kurds, Shabaks, Christians, Sunnis and Shiites — the 30th Brigade is manned solely by Shiite Shabaks [ethnic group who speak Shabaki, a northwestern Iranian language — the ed.].

Iraqi Prime Minister Adel Abdul-Mahdi recently issued a decree ordering the integration of all PMU militias into a guard within the Ministry of Defense. They must close all the offices they used for doing business and move into bases outside the towns. Those who refuse will be considered outlaws.

Although many militia leaders occupy positions within parties and parliament, they must choose between politics and the military, as being active in both will no longer be permitted. Abdul-Mahdi wants to bring every military group in Iraq into the fold of the Iraqi government, as some militias have chosen to support Iran in the conflict with the US and have even refused to work with the Iraqi army because it was trained by the Americans. He had set a deadline of July 31, but the PMU has requested more time.

In Bashiqa, the decree has yet to have any visible impact. In this town, where members of different faiths worked together to rebuild the Yazidi shrines which IS destroyed, to put the crosses back on the churches and to clean the mosques, members of the 30th Brigade still man the checkpoints. In addition, most of the tenders put out by the local government are picked up by Shiite firms from southern Iraq with links to the militias. 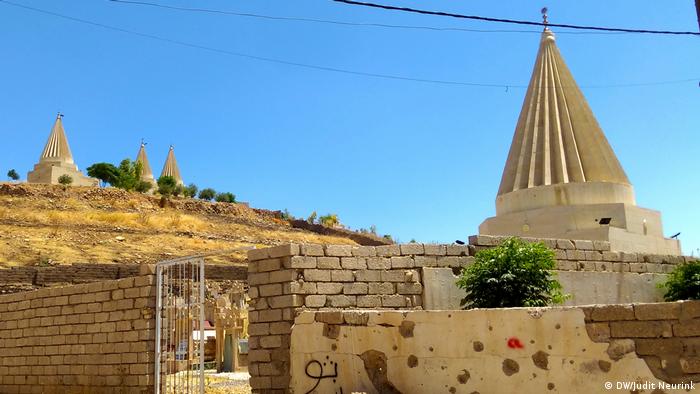 People lack trust and feel unsafe, says Mohammed Shaker, who works for the Local Peace Committee. He mentions the fear of some of those who stayed on while IS ruled the area. "Sunnis in the surrounding villages are refusing to turn in those who guided IS when it arrived in 2014. We want them handed over to the court. Until then, we cannot trust anyone." He says the 5,000 Sunni villagers were bullied into silence when IS was forced out of Bashiqa in 2016. "They were made to swear on the Quran. For if someone starts to talk, it will be like a ball of wool unraveling and others will fall under suspicion too."

Yet it's not only the villagers who are protecting the terror group's accomplices. There is also a link to the 30th Brigade. When the brother of the brigade's commander, Abu Jaffar al-Shabaki, put himself forward for a seat in the Iraqi parliament, most of his local votes came from Sunnis. According to Shaker, they voted for him in exchange for the brigade promising not to hassle them. Essentially it means that Bashiqa is now caught between the radicals and the militia, but nobody will openly criticize the militia for fear of repercussions.

Identifying those who helped IS

Minority groups are particularly keen to see the PMU militias go. "People are tired of the weapons. They do not feel safe," says Majid Hassan, secretary of the Nineveh branch of the Communist Party based in the Yazidi village of Bahzani. "We want our own Yazidi police, not the local Shabak militia from the villages. We have seen enough of the rivalries between the people."

He steers the conversation to a safer subject: the Sunni villagers. "The individuals who helped IS should be identified. If villagers want things back how they used to be, they will have to hand them over." He notes that the Sunni villagers are probably afraid because IS is still present in the region. "We're afraid it will be as bad as it was under IS, if the situation doesn't normalize."