Iran has received $32 billion (29.43 billion euros) in assets after sanctions were lifted in a deal with world powers over its nuclear program. Assets had been frozen by Western sanctions. 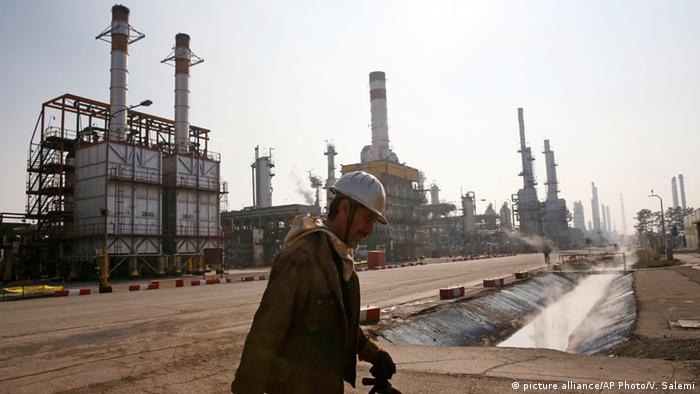 The head of Iran's central bank said Tuesday that it has successfully transferred some of its formerly frozen assets in order to ensure that financial sanctions have been fully lifted in accordance with a historic nuclear deal.

International sanctions on Iran were lifted last weekend, removing an obstacle to one of the world's biggest oil-producing nations. That has further depressed the price of oil below $30 a barrel but put Iran's economy on a stronger footing, giving it much-needed access to hard currency.

Iran's state TV quoted central bank chief Valiollah Seif as saying Iran had completed transferring assets from banks in Japan and South Korea to other banks in Germany and the United Arab Emirates.

The assets can be used "to buy and import goods, as the entry of such an amount of currency into the country is not logical," Seif said.

President Hassan Rouhani said Tuesday now that sanctions had been lifted, the Islamic republic should redouble efforts to attract foreign investment and liberalize its economy.

Investors in many countries - including Germany - are now seeking to tap into the Iranian market.

This comes as reports say Iran wants to construct two new nuclear power stations with the help of China.

The head of the Iranian Atomic Energy Organization told the state-run IRNA news agency that the deal will be discussed when Chinese President Xi Jinping visits Iran this weekend.

"The details will be discussed at the meeting of the two presidents in Tehran," Ali Akbar Salehi said Tuesday.

The atomic energy chief added that in addition to China, South Korea, Japan and Russia, some unnamed European countries had expressed interest in cooperating with Iran on nuclear energy.