The warning comes as US President Trump is expected to announce his new Iran policy in the coming days. Trump campaigned last year against the international nuclear deal with Iran and has vowed to abandon it. 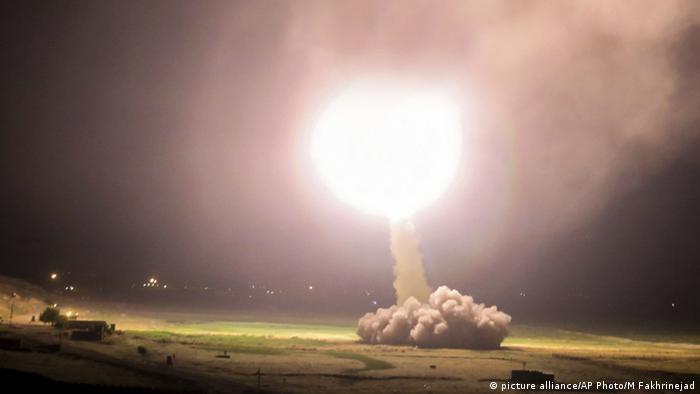 The head of the elite military unit also made a veiled threat to attack US military bases in the region.

The state-run IRNA news agency quoted General Mohammad Ali Jafari as saying: "If new sanctions go into effect, the country [US] should move its regional bases to a 2000-kilometer radius, the range of Iranian missiles."

The US has military bases in countries neighboring Iran, about 300 miles (500 km) from Iran’s borders. They include sites in Bahrain, Iraq, Oman and Afghanistan.

Jafari also warned that if the US declared the Guard a terrorist group, Iran would give the US army the same label.

Revolutionary Guard forces are currently fighting "Islamic State" (IS) militants in Syria and Iraq, and have suffered significant casualties as a result.

Jafari also warned the US that a negative categorization of the Guard would eliminate "any chance for [bi-lateral] engagement forever."

A report on the state television’s website cited Jafari as saying that the United States was mistaken if it thought it could pressure Iran into negotiating on regional issues.

US President Donald Trump campaigned against the nuclear deal with Iran and vowed to abandon it if elected. There are conflicting reports as to whether he will carry out that pledge but he is expected to unveil his new Iran strategy in the coming days.

If he does decide to maintain the nuclear deal, he is nonetheless expected to sharpen US responses to Iranian missile tests, Tehran’s alleged support for "terrorism" and its cyber operations.