This weekend was meant to be the moment the world ended the standoff over Iran’s nuclear program. But now the two sides have admitted they will need another four months. What are their chances? 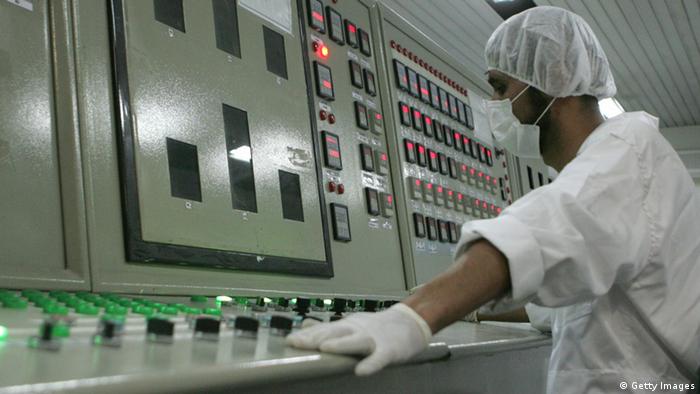 Talks with Iran over its nuclear energy program - which the West fears could be used to develop a nuclear weapon - have been extended until November 24.

Iran and six world powers (the US, Russia, China, Britain, France and Germany) announced in Vienna early Saturday (19.07.2014) that they would keep talking after acknowledging that they would not reach a deal by Sunday's deadline. It was hoped that the talks would end with Tehran agreeing to significant restrictions on its nuclear program in exchange for an end to crippling sanctions.

But will another four months make the difference? And what is the likelihood of a potential agreement being stymied by domestic US opposition?

The main sticking point remains the scope of Iran's enrichment program, which has been frozen under the terms of the interim deal struck last year. Enrichment is seen as crucial to Iran's "breakout capability" - its ability to develop a nuclear weapon rapidly if it decided to break the terms of any agreement.

Iran says it needs a substantial enrichment program to produce fuel for its nuclear power plant at Bushehr. World powers counter that Iran already has a long-term agreement with Russia to supply fuel for the plant - and it lacks the technical know-how to make it anyway. 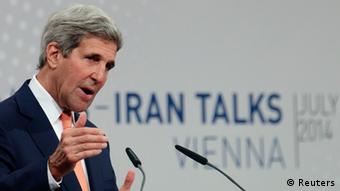 So how could Iran plausibly justify the program? Acton points to two technical possibilities. First, to make fuel for its Arak reactor - a "heavy-water" plant that Iran says is for research purposes. And second, Iran could enrich uranium for shipment to Russia, where it would be made into fuel and shipped back to Bushehr.

But Acton says these would be "fig-leaves" - Iran's ultimate motivation to keep enriching uranium is not technical at all. "Iran has spent billions, it's made sacrifices, scientists have been assassinated, it's staked its national prestige on this enrichment program … fundamentally it's all about face-saving."

That may not be good enough for the many doubters in the US Congress. Most vocal has been the chairman of the Senate Foreign Affairs Committee, Robert Menendez. Last year he co-authored a bill triggering tougher sanctions on Iran if the talks failed to achieve certain conditions - including a complete end to enrichment. The bill attracted dozens of supporters, but was ultimately blocked by Majority Leader Harry Reid.

This week Menendez returned to the fray, delivering a speech that struck a highly skeptical tone. He picked up on recent remarks by Ayatollah Ali Khamenei, in which Iran's supreme leader said Tehran would ultimately need 190,000 enrichment centrifuges - roughly ten times its current capacity. This jarred with a more conciliatory line taken days later by Iran's foreign minister in an interview with the New York Times.

Whom to believe? Menendez slammed what he called "obfuscation" from Tehran - saying "maybe we just haven't been listening to what we don't want to hear."

That amounts to a charge of wishful thinking against the White House. Could the desire for a deal lead to a bad one? Unlikely, Acton said: "I'm much more worried about there being a good deal that, for political reasons, they decide not to accept … There's an awful lot of short-sighted, ill-informed rhetoric coming out of Congress."

But won't the skeptics in Congress demand both - minimum enrichment and maximum inspections - thereby setting conditions that can never be met? This matters: Congressional approval is required to lift sanctions as part of a deal.

Acton is concerned. "There is a real danger that, if an agreement is reached, it will fall apart in the US." But he points out that Obama could buy time, using presidential authority to waive sanctions at first, making the case to Congress: "If you're not happy with how this is being implemented, you're going to be able to vote down the road not to remove sanctions."

What then? Former White House Iran staffer Jofi Joseph told a recent event at the Atlantic Council in Washington that skeptics "read all the same polls we do." Surveys suggest that war-weary Americans are wary of alternatives like military action if diplomacy falls through.

Menendez denies war is the only alternative. But his speech expressed deep doubts that Iran would accept a worthwhile deal: "Make no mistake - Iran views developing a nuclear capability as fundamental to its existence. It sees the development of nuclear weapons as part of a regional hegemonic strategy."

This highlights the gulf between views on Iran's strategy. CIA veteran Paul Pillar wrote this week in "The National Interest" that Tehran has no incentive to "break out" and make a bomb. "Cheating, or disavowing the agreement, would immediately … throw Iran back into the worst costs and consequences of being an international pariah … breakout is a scary fantasy, but no more than that."

Cornelius Adebahr, a Carnegie expert who lived in Iran in 2012-13, agrees. He says a nuclear bomb is simply "not in Iran's interests." But why did Khamenei make his call for a huge expansion of enrichment? Adebahr told DW: "That number of 190,000 centrifuges was bogus. But so is the demand for zero enrichment."

In his view, the focus on centrifuges is something for the hardliners - whether in Iran or on Capitol Hill. "They're the ones looking at the numbers."

Acton hopes that the believers in the talks will prevail on both sides. "A robust deal with limited enrichment is in the national security interests of the US" he said. Now the White House has four more months to try to secure it.

As the 5+1 talks on Iran's nuclear program resume, leaders appear to be more worried about conflict in neighboring Iraq. Iran expert Ellie Geranmayeh tells DW the West must engage Iran and utilize its regional influence. (03.07.2014)