Iran's foreign minister accused the US of failing to live up to the nuclear deal. Threats won't result in a new deal, Iran said, adding that the US would be held responsible if it fails to honor the agreement. 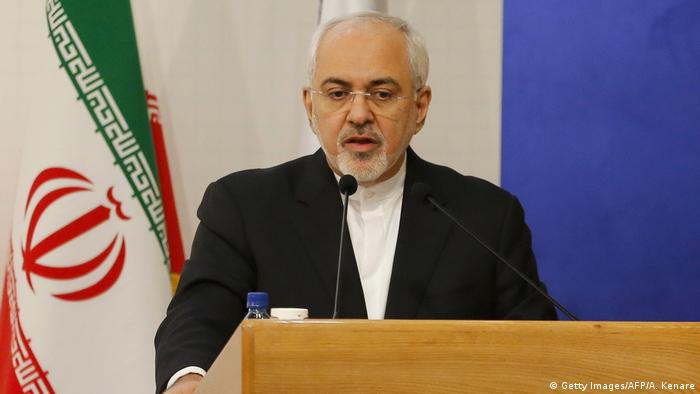 Iranian Foreign Minister Mohammad Javad Zarif on Thursday accused US President Donald Trump of "bullying," saying in a YouTube video that the United States has violated the spirit of the international nuclear accord.

In a five-minute video that was also posted on other social media, Zarif said Iran would not "renegotiate or add onto" to the 2015 nuclear accord Trump has threatened to "nix” on May 12 in the absence of a "fix.”

The International Atomic Energy Agency (IAEA), the UN nuclear watchdog, has confirmed 11 times Iran is complying with the nuclear deal signed by France, Germany, the UK, the United States, China, Russia and Iran, known as the Joint Comprehensive Plan of Action (JCPOA).

"In contrast, the US has consistently violated the agreement, especially by bullying others from doing business with Iran," Zarif said. "It now appears that the response from Europeans has been to offer the United States more concession, from our pocket."

Trump has repeatedly railed against the nuclear deal, which states the signatory governments "will make every effort to support the successful implementation of this JCPOA including in their public statements." 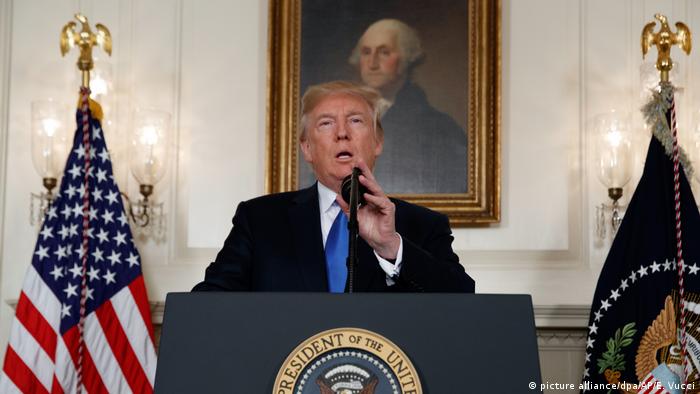 Read more:  What are Donald Trump's objections to the Iran nuclear deal?

The Trump administration has called for renegotiating the nuclear deal to address sunset clauses and Iran's ballistic missiles that are not part of the accord.

European powers have been scrambling to convince Trump to stick to the agreement, even as France has proposed the possibility of talks to expand it to other areas including ballistic missiles. While in Washington last week, German Chancellor Angela Merkel also called the deal a "building block" and that the agreement could be built upon.

Read more:  Can Angela Merkel and Emmanuel Macron save the Iran nuclear deal?

"This appeasement [of Trump] entails promises of a new deal that will include matters we all decided to exclude at the outset of our negotiations, including Iran's defensive capabilities and regional influence," Zarif said.

On the issues of Iran's defense and regional influence, Zarif said, "It is Iran, and not that West, that has serious grievances and much to demand."

"We have not attacked anyone in centuries, but we have been invaded; most recently, by Saddam Hussein who was then backed by the US and its regional allies," Zarif said, adding that the former Iraqi dictator used chemical weapons in the eight-year Iran-Iraq war that claimed several hundred thousand Iranian lives. 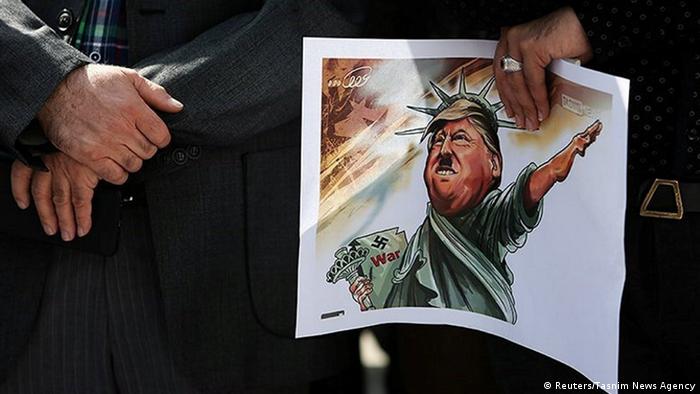 Some see Trump as bent on starting a war with Iran

The Iranian foreign minister noted that Tehran spends much less on defense than Washington's regional allies such as Saudi Arabia and the United Arab Emirates, which he accused of having "brainwashed, financed and armed" al-Qaida, the "Islamic State" (IS) and the Taliban.

Iran has been at the forefront of fighting IS and other militant Sunni Islamist groups in Iraq and Syria, where the US and its regional allies accuse Tehran of expanding its influence and providing support to Syrian President Bashar Assad's regime.

US will face consequences

In an apparent reference to Israeli Prime Minister Benjamin Netanyahu's presentation earlier this week accusing Iran of lying about its nuclear program, Zarif said "relying on cartoonish allegations, rehashed from more than a decade ago and dealt with by the IAEA to make a case for nixing the deal has fooled no one."

The UN nuclear watchdog previously reported Iranian nuclear efforts and said earlier this week it has "no credible indications of activities in Iran relevant to the development of a nuclear explosive device after 2009."

Zarif went on to warn Trump about the consequences of pulling out of the nuclear deal.

"Iran stands firm in the face of futile attempts and bullying, but if the US continues to violate the agreement, or if it withdraws altogether, we will exercise our right to respond in a manner of our choosing," he said. "Bluster or threats won't get the US a new deal, particularly as it is not honoring the deal it has already made.

"The US is well-advised to finally start honoring its commitments or it and only it, will have to accept responsibility for the consequences of not doing so," he warned.

Macron: 'We want to work on a new deal with Iran'