The flow of arms to the conflict-ridden Middle East more than doubled over the past five years, the research institute said. The US and European countries, including Germany, supplied the bulk of the weapons. 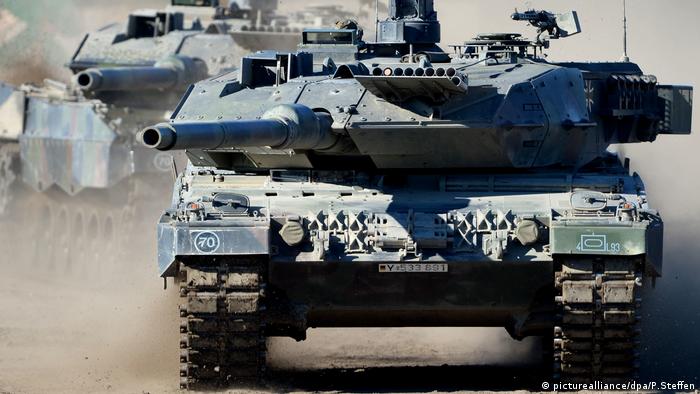 Arms imports by countries in the Middle East jumped by 103 percent during the 2013-2017 period compared with the previous five years, a report on global arms sales by the Stockholm International Peace Research Institute (SIPRI) showed on Monday.

"Widespread violent conflicts in the Middle East and concerns about human rights have led to political debate in Western Europe and North America about restricting arms sales," said SIPRI researcher Pieter Wezeman in a statement.

"Yet the USA and European states remain the main arms exporters to the region and supplied over 98 per cent of weapons imported by Saudi Arabia," he said.

Saudi Arabia, which is leading a massive military campaign against Iran-backed Houthi rebels in Yemen, saw its arms imports increase by a staggering 225 percent in the 2013-2017 period compared with 2008-2012.

The United States cemented its position as the world's top arms exporter during the five-year period ending 2017, selling about a third of the world's weapons.

US arms exports jumped 25 percent in the 2013-2017 period compared with the previous five years, the SIPRI study showed.

Exports to states in the Middle East accounted for half of the total US weapon exports in that period.

"Based on deals signed during the Obama administration, US arms deliveries in 2013–17 reached their highest level since the late 1990s," said Aude Fleurant, Director of the SIPRI Arms and Military Expenditure Program.

"These deals and further major contracts signed in 2017 will ensure that the USA remains the largest arms exporter in the coming years."

Russia, France, Germany and China joined the US as the five biggest exporters.

Arms exports by Germany — the fourth largest exporter — fell by 14 per cent between 2008-2012 and 2013-2017. However, German weapon exports to the Middle East jumped by 109 percent. Earlier this year, the German government said it would stop approving arms exports to anyone participating in the war in Yemen.

Read more:  German arms exports - what you need to know

India, which accounted for 12 percent of global arms purchases, held onto its position as the world's largest importer.

Russia was India's top supplier, accounting for 62 percent of the country's arms imports. India's arms imports from the US saw a more than six-fold jump.

Read more: Is India turning its nuclear focus toward China?

"The tensions between India, on the one side, and Pakistan and China, on the other, are fueling India's growing demand for major weapons, which it remains unable to produce itself,' said SIPRI researcher Siemon Wezeman.

"China, by contrast, is becoming increasingly capable of producing its own weapons and continues to strengthen its relations with Pakistan, Bangladesh and Myanmar through arms supplies," he said.

With global arms sales rising, the UN chief has urged more "direction to the global disarmament agenda." He warned that initiatives have been abandoned while "military power is glorified." (26.02.2018)

Arms sales are increasing around the world. The current report from the Stockholm International Peace Research Institute (SIPRI) shows that the main beneficiaries are armaments groups in the US and Western Europe. (11.12.2017)