Iran has disclosed plans to develop nuclear reactors for ships, despite a deal with world powers that curtails its atomic program. The project is likely to get a cool response in Washington. 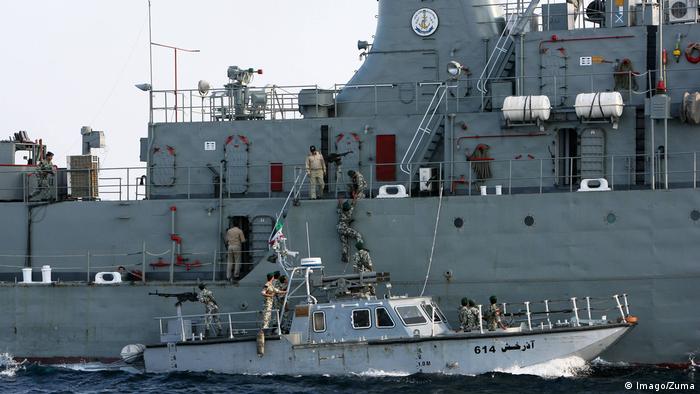 In a quarterly report on Iran's conformity with the landmark 2015 nuclear deal that restricted Tehran's nuclear ambitions, the IAEA said the Islamic Republic remained compliant and had informed the agency of a "decision that has been taken to construct naval nuclear propulsion in future."

The Vienna-based UN body said it received a letter in January, but it contained no further details of the project. Tehran now has until mid-May to provide more comprehensive proposals.

Lavrov: Moscow will work to preserve the Iran nuclear deal

Iran's disclosure is almost certain to reignite tensions with US President Donald Trump's administration, after the US leader threatened to revoke the nuclear deal, citing its limited duration and a lack of coverage of Tehran's ballistic missile program.

Trump said the deal had allowed Iran to continue to fund terrorism and conflicts such as the war in Syria. He demanded the accord be reworked to include additional restrictions and wider UN inspection rights.

The original nuclear deal — signed by Trump's predecessor, Barack Obama, along with Britain, France, Germany, Russia and China — saw international sanctions on Iran lifted in return for the curtailment of its enrichment program and other nuclear activities.

But it does not explicitly prohibit Tehran from developing nuclear-powered ships or submarines unless they use weapons-grade uranium.

Tehran had flagged such plans before but had not gone as far as formally notifying the IAEA. In December 2016, Iranian President Hassan Rouhani ordered planning to begin on the development of nuclear marine propulsion, after what he called US violations of the nuclear deal.

Rouhani's statement followed a US Senate vote that extended the Iran Sanctions Act by a decade. 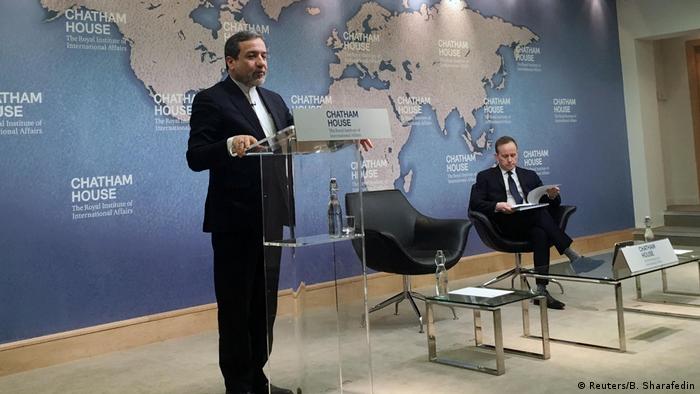 At an event in London on Thursday, Iran's deputy foreign minister said the nuclear deal was "not a successful story"

A senior diplomat who follows the IAEA's inspections described Iran's formal disclosure as "rhetoric," which he said was "linked to decisions in the US."

The nuclear maritime announcement was apparently tied "to the possibility that the nuclear deal's future might be somehow questioned," said the senior diplomat, who spoke on condition of anonymity.

Iranian Deputy Foreign Minister Abbas Araqchi on Thursday warned Tehran would itself revoke the nuclear deal if there are no economic gains and if major banks continue to snub the country out of fear of contravening separate US sanctions on financial transactions with Iran.

The UN body said Iran continued to limit its uranium enrichment program during the past three months and had not hampered inspectors — who are checking to see if nuclear material is being misused for military purposes.

Analysts believe Tehran is many years or decades away from having naval nuclear capacity.

Only a handful of countries have atomic-powered military vessels, including the US, Russia, Britain, France and China.

Nuclear power is particularly suitable for submarines and other ships that need to be at sea for long periods without refueling.