A fresh study by the International Fund for Animal Welfare has highlighted the vast quantity of live animals and their body parts that are available for sale online and the threat this poses to their survival. 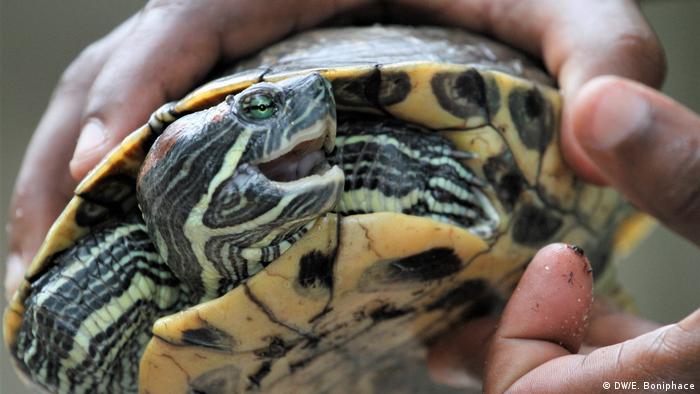 A report by the International Fund for Animal Welfare (IFAW) released Wednesday detailed the challenges faced by conservationists, governments and the private sector in curbing wildlife cybercrime.

Specifically looking at the situation in France, Germany, Russia and the United Kingdom over a six-week period in 2017, IFAW researchers found thousands of live endangered and threatened animals and animal products offered for sale online.

The fund said it had identified well over 5,000 advertisements spread across 106 online marketplaces and social media platforms, listing over 11,000 endangered specimens worth $3.9 million (€3.3 million).

"While this represents a small percentage of overall online trade, we caution that there's reason to believe it's just the tip of the iceberg, with traffickers likely to be operating in closed groups."

The "Disrupt: Wildlife Cybercrime" report showed that the online trade in ivory and ivory products was a persistent problem.

Also, live animals made up the overwhelming majority of specimens (80 percent), "demonstrating the popularity of owning exotic animals such as tortoises, parrots, owls, primates and even big cats as pets."

IFAW officials insisted the illegal wildlife trade represented a huge threat to many species and must be met with a comprehensive response from both the public and the private sector.

It mentioned that through the fund's leadership, 15 online technology companies had already adopted wildlife policies in a bid to develop an industry-wide approach to reduce wildlife trafficking online by 80 percent by 2020.

One of the world's largest online marketplaces, eBay, has been among the early adopters of strict policies targeting illegal sellers.