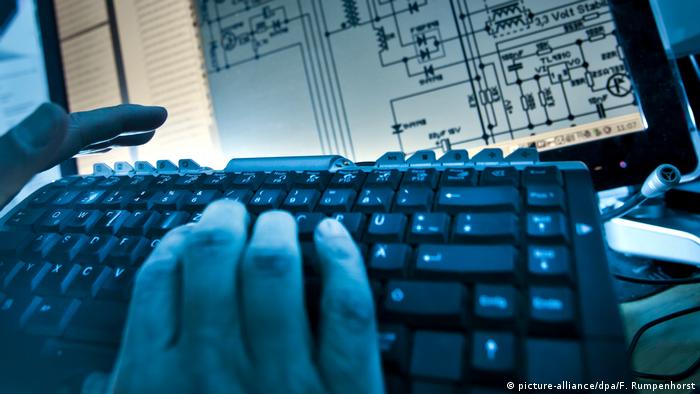 The European police agency Europol and the US Department of Justice (USDOJ) on Tuesday announced that international law enforcement agents had carried out 179 search warrants and arrested more than 170 suspects in a coordinated operation targeting "vendors and buyers of illicit goods on the dark web."

The operation, codenamed DisrupTor, netted some $6.5 million (€5.5 million) in cash and virtual currency, as well as weapons and 500 kilos of drugs — such as cocaine, fentanyl, heroin, oxycodone and methamphetamine.

Across Europe, 42 arrests were made in Germany, eight in the Netherlands, four in the UK and three in Austria; 121 people were arrested in the US.

According to Europol, the "operation was the result of a collaborative effort between the law enforcement and judicial authorities of Austria, Cyprus, Germany, the Netherlands, Sweden, Australia, Canada, the United Kingdom and the United States."

Europol also said the 9-month operation had been made possible by another carried out in May.

That sting, led by Germany's federal criminal police (BKA) with the assistance of Dutch national police, the European agencies Eurojust and Europol, and various US agencies, took down the darknet marketplace known as Wall Street Market. Europol says evidence seized in that "akedown "provided investigators with quantitative data and materials to identify suspects behind dark web accounts used for illegal activity."

The name DisrupTor refers to the Tor Browser, the largest encrypted proxy network on the internet. It is part of the so-called dark web, where individuals operate online in anonymity. Both European and US authorities pointed out their ability to identify the individuals behind anonymous darknet accounts as key in the battle against online crime.

"The hidden internet is no longer hidden and your anonymous activity is not anonymous, the golden age of the dark web marketplace is over," said Europol's Edvardas Sileris.

US Drug Enforcement Administration (USDEA) Acting Administrator Timothy Shea said, "Operation DisrupTor demonstrates the ability of DEA and our partners to outpace these digital criminals in this ever-changing domain, by implementing innovative ways to identify traffickers attempting to operate anonymously and disrupt these criminal enterprises."

US Deputy Attorney General Jeffrey Rosen said, "Criminals selling fentanyl on the darknet should pay attention to Operation DisrupTor," adding, "there will be no safe haven for drug dealing in cyberspace."

Coronavirus another disruptor? Not really

Those big announcements came on the same day the European Monitoring Center for Drugs and Drug Addiction (EMCDDA) released its annual European Drug Report. The EMCDDA said authorities had seized 181 tons of cocaine in 2018 (the last year covered in the 2020 report), 40 tons more than in 2017; heroin seizures almost doubled during that same period.

The report said the cocaine seized in 2018 was also more pure and that, "Indicators point to high availability of cocaine on the European market and signs of growth in countries where it was previously uncommon."

Authorities also said that any obstacles the coronavirus pandemic might have initially posed to drug trafficking had been quickly overcome, saying dealers and users had turned to the darknet when street dealing was affected by social distancing measures and lockdowns.

The agency said that although smuggling by plane was slowed considerably, ship trafficking "continued at pre-pandemic levels." With interdiction agencies seizing ever larger quantities of drugs in shipping containers of late, there is fear that organized crime networks have managed to infiltrate key points along supply and shipping routes as well as in ports.

This is your brain on drugs during the the coronavirus

Although the sale of party drugs like ecstasy (MDMA) and cocaine went down as a result of the pandemic, the EMCDDA says users have turned to lesser known psychoactive drugs instead. Authorities at EMCDDA say, "The events of 2020 are likely to have a longterm impact on the future challenges arising in the area of drugs."

EMCDDA Director Alexis Goosdeel warned, "We must be concerned that as the economic repercussions of the crisis take effect, some in our communities may become more vulnerable to drug problems."