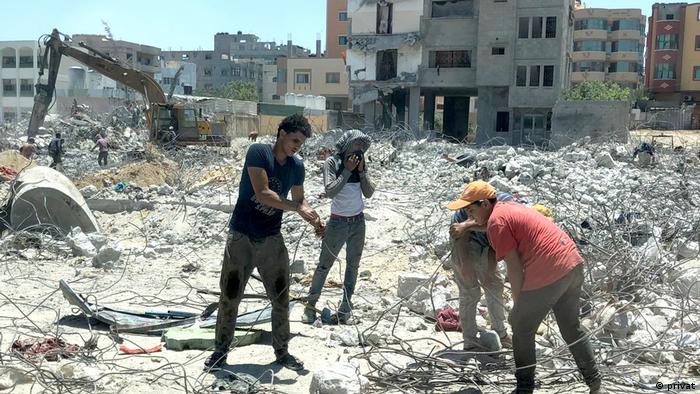 The chief prosecutor of the International Criminal Court (ICC) said Friday her team plans to launch an investigation into alleged war crimes committed in the Palestinian territories, drawing a sharp rebuke from Israel.

In a statement, ICC Prosecutor Fatou Besouda said there was a "reasonable basis" for an investigation.

"In brief, I am satisfied that war crimes have been or are being committed in the West Bank, including East Jerusalem, and the Gaza Strip," she said.

Israeli Prime Minister Benjamin Netanyahu slammed the announcement by the Hague-based court as a "dark day for truth and justice."

"The ICC prosecutor's decision has turned the International Criminal Court into a political tool to delegitimize the State of Israel," he said.

The ICC was created in 2002 to deal with war crimes and crimes against humanity. Israel never joined the body and does not recognize its jurisdiction.  The Palestinian Authority has been recognized as a member state and had requested the investigation.

Despite not being a member, Israeli officials could face international arrest warrants if the ICC indicts them for war crimes. Palestinians could face similar measures.

Netanyahu: ICC has no jurisdiction

Netanyahu reiterated his government's position that the ICC has no jurisdiction for the probe.

"The ICC only has jurisdiction over petitions submitted by sovereign states. But there has never been a Palestinian state," Netanyahu said statement.

Prosecutor Bensouda also said that the ICC judges would need to rule on the territory over which the court would have jurisdiction because of "unique and highly contested legal and factual issues attaching to this situation."

"Specifically, I have sought confirmation that the 'territory' over which the Court may exercise its jurisdiction, and which I may subject to investigation, comprises the West Bank, including East Jerusalem, and Gaza."

She also urged judges to rule on the jurisdiction "without undue delay."

Tzipi Livni: "Two states for two peoples is in the Israeli interest"

Not so international court

The court started a preliminary investigation in 2015 in the aftermath of  Israel's 2014 war in Gaza against Palestinian militants.

The war claimed the lives of 2,251 Palestinians, mostly civilians, and 74 on the Israeli side, most of whom were soldiers.

The ICC has also examined violence along the Israel-Gaza border in 2018.

Israel is not the only country which refuses to join the ICC. Russia, China, and Israel's key ally, the United States, are among the states rejecting the body's authority. Last year, former White House national security advisor John Bolton threatened to arrest ICC judges if they moved against Israel or the United States

Gaza's Islamic Jihad announced a cease-fire on Thursday. Shortly afterwards, Israel announced an end to military operations in the region. (14.11.2019)