Instagram gets couch potatoes up and running, study says

Instagram has a bad reputation for negatively influencing the way people see themselves. But a new study shows that its influence can be positive when it comes to sport. 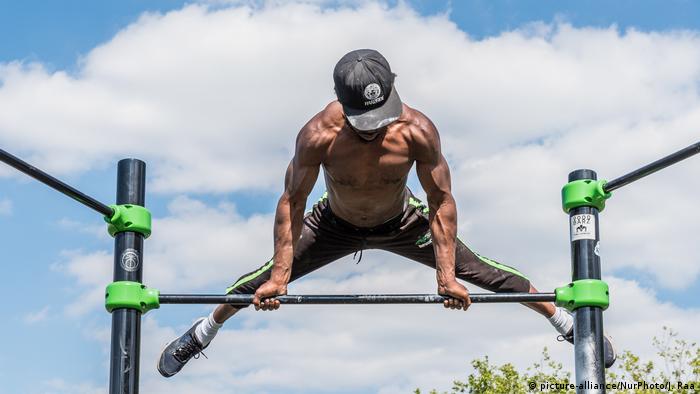 Normally, it is easy for me to motivate myself to work out. But there are also the days when my couch seems so much more comfortable than the weight bench in the gym.

On such days, out of habit, I mostly reach for my cell phone and open Instagram to distract myself and buy a little more time. I'll go just a little later, I tell myself. Probably.

Not good for the self-image

After just a couple of minutes on the social media platform, I am already being confronted with just how sporty other people seem to be. A muscular man is doing push-ups; a young woman in tight sportswear is holding a plate in front of the camera — hashtags: fitforlife and cleaneating.

Can this motivate me to do some sport today after all? Or does it only rub in my own weaknesses? Instagram has a bad reputation when it comes to influencing people's image of themselves. According to a British study from 2017, no other social media platform has such a negative impact on body image, sleep behavior and mental health.

Despite this, it would seem that it is, in fact, worthwhile spending a few minutes with the app every so often. A new study by scientists from the Norwegian University of Science and Technology (NTNU)shows that those who regularly watch motivational content on Instagram are more likely to be active and enjoy sports more. 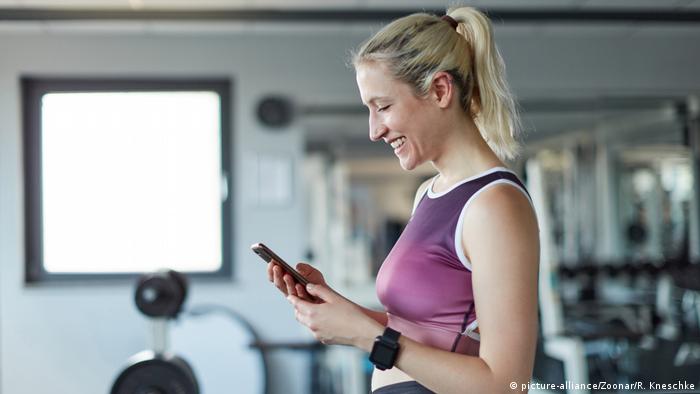 "Our goal was to show people what their personal motivation is to do sports," says one of the study authors from NTNU, Frode Stenseng.

To test the influence of Instagram on sports motivation, the study participants were divided into two groups. One group followed an Instagram account that posted motivational sayings or images every three days over a period of four weeks, while the other one didn't.

The posts on the account were based on various motivation theories. They were meant to give users the feeling that they were part of a group and yet were acting autonomously at the same time.

"The participants who followed the motivation account associated many positive emotions with their sporting activities. The others did not," says Stenseng. This is because those who feel they have decided to do a workout on their own initiative because it fulfills their desire for fitness and health have more fun doing it.

"Reading motivational sayings in social networks can certainly trigger an initial motivation to want to do sport," says motivation coach Petra Wolfram. Nevertheless, it takes more than just motivation to get those sports shoes on.

Exercise - The simple path to well-being

Exercise - The simple path to well-being

"Before I set myself a goal, I take stock of where I am at," says Wolfram. The next step is to consider what one actually wants to achieve. "The goal is allowed to be a bit of a dream, but it should also be realistically achievable,” she says.  If not, she says, people who are just starting off in sports will tend to give up quickly.

Wolfram has other tips for getting people moving: "The path to the goal is important. I like to compare it with climbing a mountain. When you're at the bottom, you may not be able to see the summit yet, so you have to set in-between goals."

And if you experience a setback, you shouldn't focus on it for too long, says Wolfram. "Don't ask 'Why did this happen to me?' as much as 'What can I do better and what do I need to get ahead?'"

Read more:Instant gratification and the pursuit of perfection: Why our brains love Instagram

The business of fitness influencers

Instagram is the perfect platform to market your own sporty lifestyle. Fitness influencers provide their followers with recipe ideas and self-designed training programs — some free of charge, some for large sums of money. Along with this comes the daily message: "You are part of the community; we'll get fit together."

As well as likes and comments, the influencers profit above all from the willingness of their community to spend money. In an American study, 82% of people surveyed said they would buy a product if an influencer recommended it to them. The more people the influencers reach, the more companies pay them for cooperating.

"Influencers have an enormous reach and impact these days," says psychologist Silje Berg. But she says there is a problem in that much of the content propagated by influencers in the fitness scene is not based on scientific knowledge.

"The study showed that content based on theory can have positive effects, which is why it is important that more people in this area make good use of their reach," says Berg. It is also important for users to approach the content on the platform with a critical eye, she says.

So-called transformation journeys — when a person's sporting development is accompanied from the very beginning — are also popular. "The encouragement and recognition that people experience through comments can have a motivating effect," says motivation coach Wolfram. "And people start talking with one another and giving each other support." 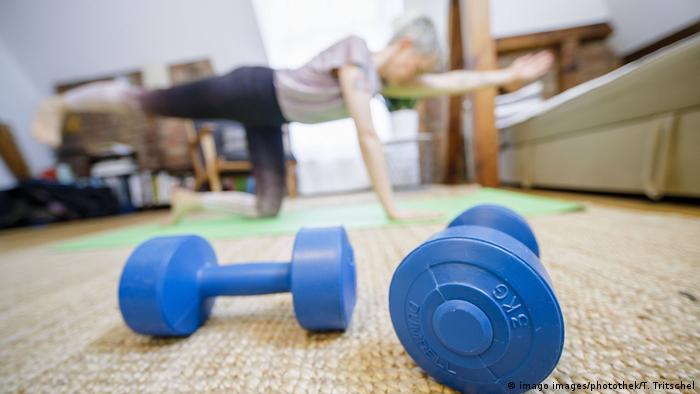 But not every interaction on Instagram is positive. Comment sections are never without expressions of hate, envy and negativity. Wolfram warns that reading such comments can be demotivating. "It's important to develop a thick skin against such comments to protect yourself," she says.

When she works with competitive athletes, she gets them to completely avoid social media for a few days before a top event or after a big failure as a way of protecting themselves.

Read more: The psychology behind a sports comeback

Relevance of health and sports

But despite the disparaging remarks to be found in comment sections and the negative influence Instagram seems to have on people's body image, the researchers from Norway found several good aspects to the social media platform.

"The study showed that social media can also have a positive influence and is useful in drawing attention to the relevance of health and sports," says Berg.

And for me, that now means it's high time to get off the couch and go do some sport!

People with narcissistic personality disorders are difficult relationship partners. Even if you feel sympathy toward the troubled soul behind the ego, if you don't want to lose yourself, you'd better leave quickly. (13.12.2019)

We asked our viewers to send us photographs of how they stay in good shape! Here is a selection of photos from all over the world. (24.10.2014)