Am I a narcissist?

Your colleagues are mean and your boss is unfair? Friendships don't last long, not to speak of relationships? Even though you do everything right? If you feel that way, maybe you're a narcissist. 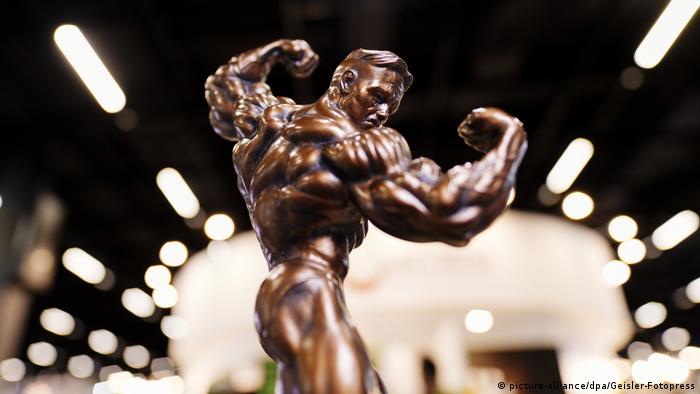 "When I go into a room, I often have the feeling that other people's eyes are fixed on me."

For this test, I can answer either "Yes" or "No." I click through 22 more questions and statements before the result is displayed: Whew! I do not have narcissistic personality disorder.

But this is just an online self-test that I googled and, of course, it does not replace a professional diagnosis. So I ask the psychologist and psychotherapist Aline Vater how I can tell if I am a narcissist.

She relies on the classification system of the American Psychiatric Association, the so-called DSM-5, which lists nine criteria, at least five of which must be met to be able to speak of a narcissistic personality disorder

To illustrate some of these criteria, let's just assume that I suffer from such a personality disorder. The morning conference in my editorial office would then look something like this:

All eyes on me!

Everybody looks at me the minute I walk in the room. At least, I'm convinced they do. Because I am not only particularly beautiful but also extraordinarily smart, and the whole session would be anemic and senseless without my input.

While the others talk, I indulge in my megalomaniac fantasies. I imagine myself as the head of this editorial department — the youngest department head ever! I dream of the admiring looks of the colleagues, who have never had a better, more sensationally wonderful boss than me.

With this grandiose sense of my own importance and these fantasies of success, power and beauty, I would have already met two criteria for narcissistic personality disorder. But the conference is not over yet.

Don't you dare criticize me!

"What is characteristic of a narcissistic personality disorder is not only the outwardly high opinion narcissists have of themselves," says Aline Vater, "but also that it is easily shaken."

Now it's my turn to speak at last, and I tell my colleagues about my fantastic idea for the next article. I'm sure I'll get a round of applause. But unfortunately, they find the idea mediocre at best, so their reaction is rather reserved. This alone is enough to make me feel deeply mortified.

My proposal is briefly discussed, criticized and then rejected. And I feel just as rejected and misjudged as my idea. I am so hurt that I boil with rage.

Here, at work, I hide my feeling of humiliation behind an arrogant facade: My views are so unique and special that my stick-in-the-mud colleagues are probably unable to comprehend them anyway. I don't go to lunch with the others; admittedly, nobody asks me if I would like to.

The anger over my humiliation at the hands of my colleagues hasn't dissipated by the time I get home in the evening, either. My partner should, of course, see that I have had a hard day and urgently need some tender loving care.

Again, I am terribly disappointed: The idiot doesn't notice a thing. Of course, I scream my anger in his face. That's how the day ends — and the relationship does as well.

"People with a severe narcissistic personality disorder are always getting into conflicts with others," Vater explains. Not only with colleagues:  Relationships are not lasting, either, and friendships tend to be rather unstable.

This is because close relationships with other people require a certain amount of empathy. "Narcissists show an extreme lack of empathy. They can recognize when others are sad, but they can't really empathize," says Vater. "If you are someone who repeatedly has problems with other people, it is certainly good to seek psychological counseling from someone who is experienced with narcissism."

The constant conflicts are not only extremely unpleasant for all those in my environment, but they also gnaw at me. The feeling of being lonely, misunderstood and unloved makes me feel depressed.

"Often, narcissists come for treatment of other symptoms," says Vater. Depression or drug addiction, for example. The psychologist calls these downstream problems "comorbidities."

To be able to reliably detect a narcissistic personality disorder, a diagnostic interview lasting several hours is necessary, often extending over several weeks. "For a diagnosis, it is also helpful to talk to someone who knows the person well," adds Vater.

If  I did go to the behavioral therapist Aline Vater with my suspicion of being a narcissist, however, she could not cure me. "By definition, personality disorders are patterns that are rooted in childhood and stable over the course of a lifetime," she explains.

So it is not about healing, but about understanding why this pattern has developed and creating a kind of "instruction manual" for oneself that makes it possible to deal with the disorder, says Vater.

Narcissists were either adulated or denigrated by their parents in childhood, she says. "In both these cases, the child's needs were not met," she explains. The result can be that an oversized self develops to conceal a soul that is actually suffering from mistreatment.

Suppose I was sitting in one of our editorial conferences again after undergoing therapeutic treatment for a while. My desire to be admired and appreciated would probably still be great. I would also still be quickly offended and feel humiliated if this wish were not fulfilled.

But instead of blaming others for my shattered self-esteem, I would be able to see the pattern that underlies these feelings. This would allow me to gradually change my behavior towards others: less anger, less high expectations, more empathy. Then I would probably be less alone, too.

People with narcissistic personality disorders are difficult relationship partners. Even if you feel sympathy toward the troubled soul behind the ego, if you don't want to lose yourself, you'd better leave quickly. (13.12.2019)

They continually want to be the center of attention, they have an excessive sense of self-importance and have to get their way — children too can manifest narcissistic traits. So what can and should parents do?