A glance at social media is telling: Insults, trolling and hatred seem to have become standard. It’s a clear case of not enough empathy, right? Not necessarily - more like too much. 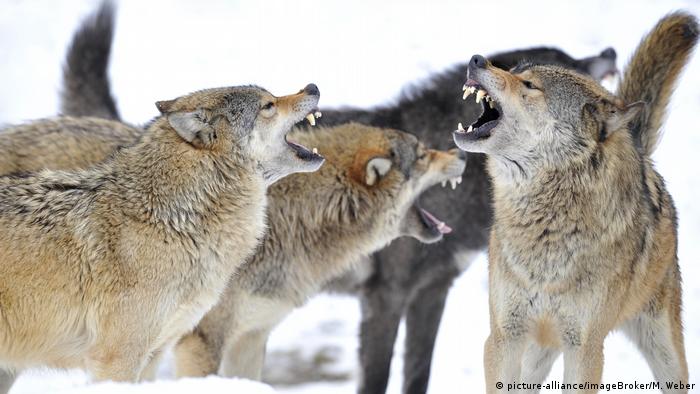 "The filthy swine got the mercy shot! Respect!” That was just one of many contemptuous comments on the internet after Stephan E. shot the German politician Walter Lübcke. The post was written by a user named Franz Brandwein on YouTube.

Insults and trolling on platforms such as Twitter and Facebook seem to have become standard. In the apparent anonymity of the net, users increasingly make hateful and derogatory comments. Many people have the impression that ruthlessness is on the rise, and empathy is but a distant memory.

Are people actually becoming more and more hateful? Or are social networks just revealing a ruthlessness that has always existed and that has merely migrated from the pubs of the offline era to the internet? This is, of course, a possibility, says Fritz Breithaupt, cognitive scientist at Indiana University in the US. But he also notes: "Verbal recklessness and brutality are on the increase."

In a meta-analysis, a US study from 2011 examined the development of students' empathy between 1979 and 2009. It found that empathy has drastically decreased. Especially since the year 2000, things have been going steadily downhill.

Read more: Opinion: Empathy is what makes us human

The dark side of empathy

But is it really that bad? Breithaupt defines empathy as "experiencing with another". Empathy means the capacity to cognitively as well as emotionally empathize with what is going on in another person. But this does not necessarily result in social and moral action.

In his book "The Dark Side of Empathy," Breithaupt speaks of five threatening tendencies that emanate from empathy. One of them is that empathy seduces black and white thinking and clearly divides the world into friend and foe. "Empathy can stir up conflicts instead of diffusing them."

Read more: A world breaks apart: When parents split up

The right-wing extremist, who may even welcome the death of political opponents, is not without empathy — on the contrary. "Empathy leads to polarization, because in conflict situations we decide for one side, put it into the other's perspective and then demonize the other", explains Breithaupt. "Empathy can lead to radicalization,” he said.

The cognitive scientist identifies one reason why more and more people with a certain group or ideology are showing empathy by lashing out at people they perceive to disagree with them, or people who are unlike them: The world is full of lonely wolves in search of connection.

People are desperate to cultivate a sense of belonging.

Many people no longer have a fixed group affiliation, says Breithaupt. Families are splintered, and communities have dissolved among the anonymity of the big cities. And this is despite the fact that people cannot and do not want to live without other people.

If you look for a new pack, you have to prove to yourself and the other members that you belong. Empathy with the group, its concerns and its comrades-in-arms is therefore indispensable.

"In order to feel good with this partisanship, it helps to always consider this group to be the better or the more oppressed one," says Breithaupt. "It's a cultural phenomenon that everyone positions themselves in some way as a victim and thus also as empathic and compassionate. This is not a bad thing per se and can help tremendously in coming to terms with traumatic experiences.”

But this a self-centered form of empathy. "This kind of empathy is not particularly flexible, but very fixated on oneself and does not extend to other people," says Breithaupt.

Here the call for more empathy is totally inappropriate, he says. "In many cases, empathy must be reduced — empathy for one's own side. [We need] to create openness again".

Social media isn't necessarily helpful here. With just one click, a foreign statement sounds as if it were one's own. What we retweet, share and like depends primarily on what best fits our worldview. The gaps between people of different groups are deepening, polarization is increasing and so is verbal brutalization.

This does not necessarily lead to violent action, Breithaupt says. "Physical violence and ruthlessness are decreasing," he says, referring to the research of Harvard psychologist Steven Pinker.

His thesis is that, in terms of violence, the world is not getting worse, but better. He shows this with figures on fatalities caused by violence — figures that have become smaller, not bigger over the last 30 years.

Of course, this progression is not set in stone and can change at any time. "I believe that words are followed by deeds," says Breithaupt. "The more people empathize with their own position, the more likely they will be to follow words with deeds and, in extreme cases, be motivated to commit acts of violence.”

A new scientific study suggests that dogs have evolved to raise their eyebrows to ensnare human empathy. This could be either to emulate babies or to show people the whites of their eyes. (18.06.2019)

With cyberbullying, the opioid epidemic and increased pressure on teens, suicide rates among young people have reached their highest point since 2000 in the US. Wherever you live, here are some signs to watch out for. (21.06.2019)