Instant gratification and the pursuit of perfection: Why our brains love Instagram | Science | In-depth reporting on science and technology | DW | 02.09.2019

Instant gratification and the pursuit of perfection: Why our brains love Instagram

While some Insta-influencers try to keep it real, others set impossible standards that can leave us feeling dissatisfied and inadequate. But why is it so hard for us to take a step back? A brain scan offers some answers. 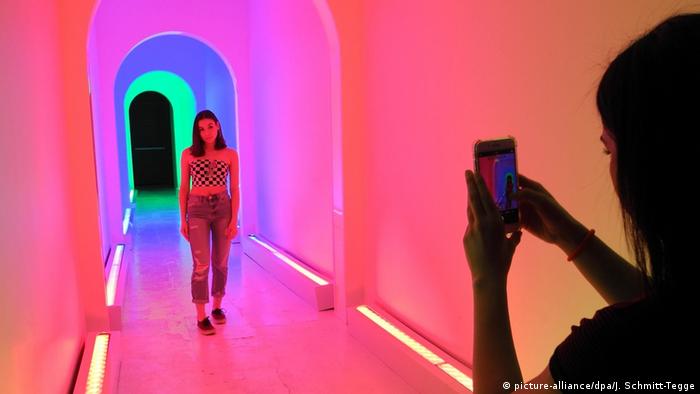 More than 200,000 people follow the Instagram account of Victoria van Violence from Berlin. They see picture-perfect photos of her on the beach, at festivals or at home with her dog.

But the captions on her photos with the most likes (upwards of 10,000) might surprise you. They don't seem to fit into the highly-curated, seemingly perfect world of Instagram: "Everyone has a crappy time sometimes, we just don't talk about it," she writes on one photo. "Negative feelings, failures, break-ups, job losses, etc. are stigmas in our society. They don't fit the perfect picture, neither in real life, nor here. But it's completely normal."

The Instagram-influencer, whose real name is Victoria Müller, is open about regularly seeing a psychologist and her experience with depression. "A constant high stress level, not being able to switch off, always having to deliver — burnout happens in many professions," she told DW.

On Instagram, there's a constant opportunity to directly compare yourself with others. And it's not only in the sense of numbers of followers and likes. "Others have a cooler or a more exciting life — you can do worse in all kinds of areas," says van Violence.

"I used to do more modeling jobs and share the professional pictures, but I realized I didn't want this perfect world anymore," she says. "I don't want to go to events and wonder whether people think: 'Oh, she doesn't look like she does in her photos.'" 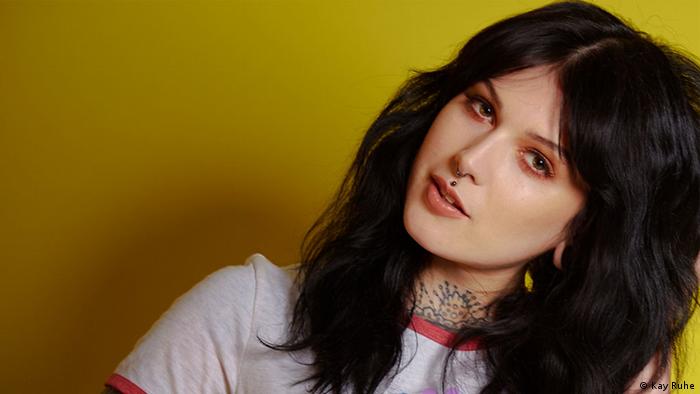 For some time now, she has been addressing more and more serious topics in her posts, such as climate change, online trolling and mental health. Now, she says, that's what people talk to her about at events.

While talking about these things seems to be appreciated by van Violence's followers most of Instagram remains a perfect world.

But the images posted can sometimes be far from reality. Faked scenes, a decent dose of photoshop and even plastic surgery are common in the world of influencers and users.

When the brain's reward system is activated

More than 500 million people use Instagram every day — that's equal to the entire population of the EU. Why are we so enamored by Instagram? What happens in our brain when we use it?

Dar Meshi, a neuroscientist at Michigan State University, was the first person to examine people who use social media using an MRI (Magnetic Resonance Imaging) scan. The brain scan showed which brain regions are active when we post or like something or when someone likes our posts.

When the like notification appeared, the brain's reward system was active. This region is called the ventral striatum. It's also active when we're presented with food, drinks, sex and money — and during drug consumption.

The anticipation of success

A messenger substance in the brain that is often associated with social media is dopamine. Experiments with money have shown that it's released when we anticipate success. This is how researchers explain why you keep hanging on to the slot machine — or why you keep looking at your phone.

Researcher Meshi cannot confirm that dopamine and social media use are connected. But he suspects that the anticipation of activating the reward system is what makes social media so attractive.

Our reward system is not only activated when we receive likes. It's also active when we like others' images or just check out what our friends are doing. Meshi explains this by saying that our status in the group is very important to us and that we want to be liked by others. 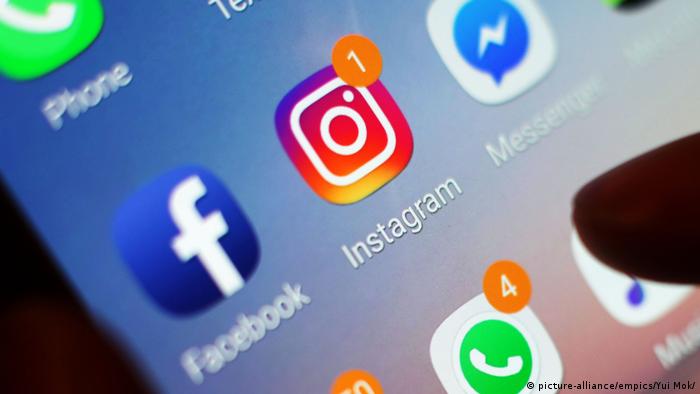 When we receive a like notification on social media, the brain's reward system is activated

Where is the line?

Social networks can easily activate these small social rewards. At any time, can we connect to hundreds or thousands of people and we don't even have to go outside.

Meshi doesn't want to call this an addiction; the implications are too strong, he says. He says that there has never been anyone who has lost custody of their children because they're too dependent on social media, for example.

But what they found out was that the users who were more active, who posted more and got more likes, were generally happier than the passive users, who were just scrolling.

The researchers suspected that the passive users would constantly compare their real lives with the seemingly perfect lives of others without getting any likes themselves because they were not posting anything. But it could also be that people who are already in a bad mood are generally posting less.

Media ethics professor Petra Grimm wonders whether the urge to compare ourselves is innate or culturally conditioned. "It becomes problematic when the comparison leads to devaluation or when superiority is established," she told DW.

Constant comparison can also prevent young people from finding out who they actually are, Grimm said. "If I follow influencers in their way of life, e.g. what clothes I wear, what I consume and how I live, while at the same time trying to portray myself as unique, I can hardly concentrate on my own wishes."

A new vision of social media

But who should be responsible for the mental health of users on the platforms? The platforms themselves are interested in keeping users on their smartphones for as long as possible and they are experimenting with how to keep users' attention the longest.

For Grimm, this means the social media organizations themselves are responsible. But, she says, it would be naïve to expect them to make changes that pose a risk to their business model.

That's why she has a different vision. "There should be a kind of publicly funded model, preferably in a European network," she says. "A platform that ensures data protection, privacy and considers mental health."

"We can't let these American players dictate the rules," Grimm told DW, suggesting that a new platform could work with current Instagram influencers that are interested in using a different app with clear rules set out. 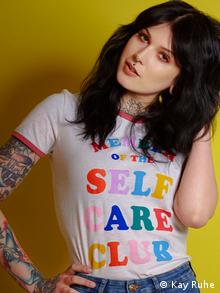 Influencer Victoria van Violence says that Instagram's unreliable algorithms are irritating for her and others. "It's frustrating when another new algorithm prevents people from seeing my images," she told DW.

The 30-year-old is also sure that the platform will change again, as will the influencer job itself. On Facebook, almost no influencer is now as active as on they are Instagram, she says.

If you ask van Violence about responsibility, she points to the influencers themselves. "People who create content in a professional setting need to be more transparent," she says, speaking again about how unrealistic a lot of the content is on Instagram. Media ethicist Grimm would also like to see more influencers who advocate a conscious approach to social media.

What's good for us?

Grimm sees a big gap in school education: "There is a huge need for prevention work in schools," she says. She thinks teachers should explain the business strategies of the corporations behind social media platforms, and young students should be given more information and opportunity to reflect on the consequences of social media use.

Van Violence, who spends two to six hours a day on Instagram for work, deliberately spends less time on the platform when she's not feeling well and spends time with her friends and family instead. "I am aware that this Internet world is not real. Today, a thousand people tell you how great you are, tomorrow it could be quite different. If you don't have a stable network in the real world then you don't have anything anymore," she says. The influencer actually finds her part-time job as a radio presenter more sustainable.

But neither Victoria van Violence, Petra Grimm, nor Dar Meshi demonize social media. They say it's a unique opportunity to connect with other people. "I can get information in an unconventional way and exchange and learn from very different people," says van Violence.

We can shape the way we use social media, she says: "If the people I follow give me a bad feeling, for example, I should really stop following them."