A video of officers placing a snake around a suspect's neck to persuade him to confess during an interrogation has gone viral. The case is being probed but the police claim the snake was "tame and not poisonous." 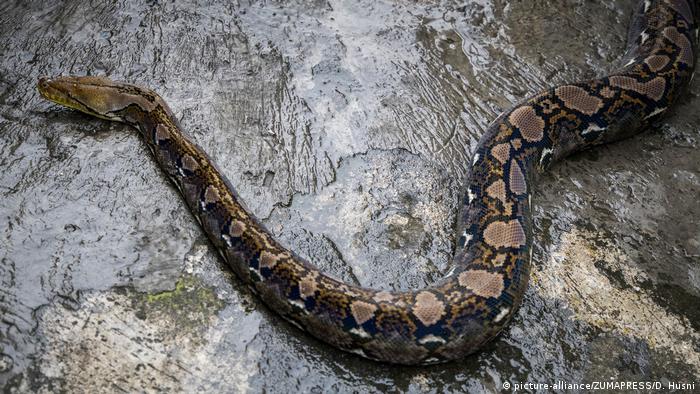 Indonesian authorities have apologized and launched an investigation after police officers in the restive Papua province were seen draping a live snake around a suspect's neck to elicit a confession during an interrogation session.

A disturbing video circulated online shows an alleged pickpocket — handcuffed and sitting on the floor barefoot — yelling in distress as an officer pushes the snake towards his face.

The man is asked by an officer, "How may times have you stolen mobile phones?"

"Only two times," the suspect responds, cowering in fear.

The officer is heard ordering the man to open his eyes and at one point even threatens to shove the snake into his mouth and under his trousers.

Jayawijaya police chief Tonny Ananda Swadaya issued an apology, saying, "The investigator was not professional in doing his job."

"The snake was tame and not poisonous or dangerous and the incident was their own idea so they could get admission of guilt as quick as possible," Swadaya said in a statement, adding that stern action had been taken against the officer.

"We will work more professionally in the future," he added.

A police spokesman said the snake had been kept as a pet at the police station and was used to scare away drunkards causing commotion in the neighborhood.

A separatist movement has simmered in the region for decades. The former Dutch colony was made a part of Indonesia after a widely criticized UN-backed referendum in 1969.

Human rights lawyer Veronica Koman said the video confirmed what some jailed Papuan activists have reported in the past.

"They have long known that snakes are being used by police and the military (in interrogations)," she said. "So they're not surprised."

Police said the crackdown was aimed at "educating" the transgender women to behave like "normal" men. Rights groups have condemned the move as "humiliating, unlawful and a clear breach of human rights." (29.01.2018)

The campaign for Indonesia's presidency has officially kicked off with a debate between incumbent President Joko Widodo and populist challenger Prabowo Subianto. Observers say both candidates failed to impress. (17.01.2019)

The governor of East Nusa Tenggara province, home to the world's biggest lizard, has proposed charging visitors $500 to see the endangered species, about 50 times the current entrance fee for the Komodo National Park. (23.11.2018)