Indira Gandhi - India′s democrat with an authoritarian bent | Asia | An in-depth look at news from across the continent | DW | 19.11.2017

November 19, 2017, marks the 100th birth anniversary of ex-Indian Prime Minister Indira Gandhi, whose consequential tenure at the helm means her legacy continues to shadow many current political debates in the country. 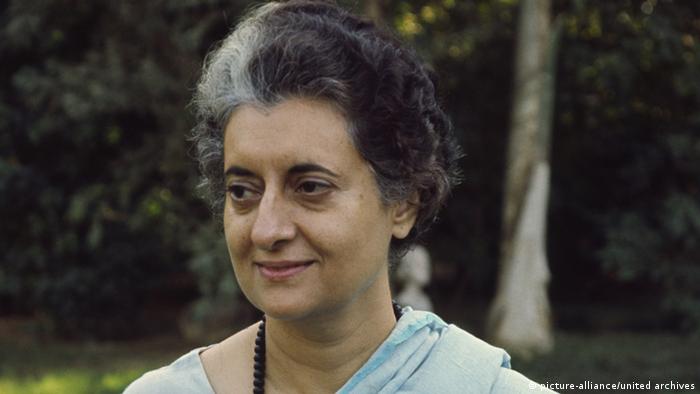 Former Indian Prime Minister Indira Gandhi's life spanned the South Asian nation's tumultuous independence struggle against the British until 1947, its key post-independence years and subsequent decades. Gandhi lived through some of the most significant phases in the newly established nation's political and institutional development.

From the outset, politics was never far from Indira Gandhi; she was the daughter of Jawaharlal Nehru, independent India's first prime minister, and grew up in the shadow of the veterans of the freedom struggle. During Nehru's time in office, she served as her father's personal assistant and hostess.

Less than two years after her father's demise, in 1966, she ascended to be the first woman prime minister of India - a country struggling at the time from extremely low levels of socio-economic development. 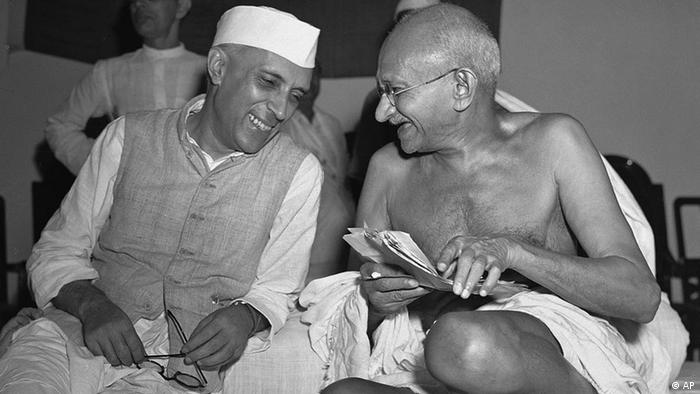 At the beginning, Gandhi was belittled by her opponents by labeling her a "goongi gudiya" (dumb doll). But she later gained the reputation of being a stern and skillful politician, ruthless when it came to dealing with political opponents and consolidating her power. Gandhi served as PM continuously from 1966-84, barring a three-year gap between 1977 and 1980, and is widely recognized as one of India's most powerful and charismatic political figures.

While Gandhi's supporters were captivated by her energy and eloquence, critics loathed and accused her of being arrogant and insensitive to others. During her time at the apex of Indian polity, she reigned vigorously and became a polarizing figure, venerated by her supporters and vilified by her opponents.

Her rule was characterized by contradiction; she was the leader of the world's biggest democracy who set aside Indian democracy and decreed a state of emergency for about 21 months from 1975 to 1977 – a period viewed as a dark chapter in independent India's existence.

This turbulent time witnessed the suspension of civil liberties, subversion of state institutions and exercise of brute force by authorities against some of the most vulnerable sections of society. The atrocities committed then such as the mass compulsory sterilization campaign cast a dark shadow over Gandhi's legacy and tarnished her reputation.

In subsequent elections held in 1977, Gandhi was voted out. But the stint out of power remained brief, with her regaining the premiership within three years, in 1980. 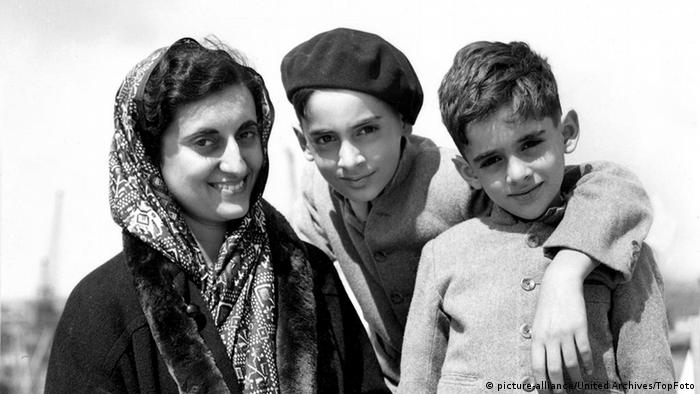 Indira Gandhi is seen in this picture with her two sons, Rajiv Gandhi (middle) and Sanjay Gandhi (right)

On the economic front, she inherited a centrally planned, state-led economy, in which the focus was on import substitution and self-sufficiency. Gandhi, too, preferred a statist model over free enterprise in economic policy. She was convinced that equity and justice for all sections of society would be assured only in a state-guided economy.

She promised to create an egalitarian society and reduce India's widespread poverty by capturing public imagination with her "gharibi hatao" (eliminate poverty) call. Gandhi's radical approach to economic management was epitomized by her drive to nationalize a number of industries, including banking, insurance, coal and steel.

But these policies, along with stringent regulations requiring governmental permissions for a range of business activities, slowed down economic growth, doused entrepreneurship and discouraged foreign investment, resulting in chronic shortages. India's economic expansion averaged 3.9 percent during 1966-77, far lower than that of the countries that embraced reforms. 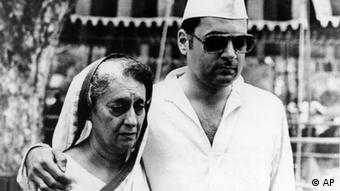 The immense discretionary power enjoyed by bureaucrats over commercial decisions also stoked rampant corruption. Under Gandhi's watch, the standard of living for hundreds of millions of Indians did not see a major improvement, leading to discontent. During her stint as PM from 1980-84, some reforms were introduced aimed at easing controls and boosting production. Still, the system of licenses, controls and quotas was abolished only in 1991.

Agricultural production, though, rose sharply during Gandhi's term in office, thanks to the Green Revolution in India that saw it transform from being a country heavily dependent on imported grains to being able to produce enough food for itself and achieve food security. Gandhi's premiership also saw India enter the nuclear club, by first testing a nuclear device in 1974, and join the race for space.

In foreign policy, Gandhi's most fleeting moment came in 1971, when India secured a military victory over Pakistan and enabled the emergence of Bangladesh as an independent nation. Her actions and apparently pro-Soviet leanings, though, ensured a shaky relationship with the US. Ex-US President Richard Nixon even complained to then Secretary of State Henry Kissinger that Gandhi was an "old witch," according to documents from the 1970s.

The biggest challenges Indira faced domestically were related to threats to India's unity and integrity. The dangerous violence that resulted also ultimately took her life, with her own bodyguards assassinating her on October 31, 1984. They shot her to death to avenge her suppression of an insurgency that culminated in an army assault on Sikhism's holiest shrine, the Golden Temple, in the city of Amritsar.

Gandhi's son Rajiv Gandhi, who succeeded his mother as prime minister only hours after her death, was unable to prevent the wave of anti-Sikh rioting in the aftermath of her killing. The violence resulted in the deaths of over 2,000 Sikhs.

And more than three decades after her death, Indian leaders continue to confront problems like the dangerous religious violence and internal political unrest that Gandhi had faced.