Indian Prime Minister Narendra Modi has refused to give in to the demands of tens of thousands of protesters opposing a controversial citizenship law. The country's top court refused to stall the law's implementation. 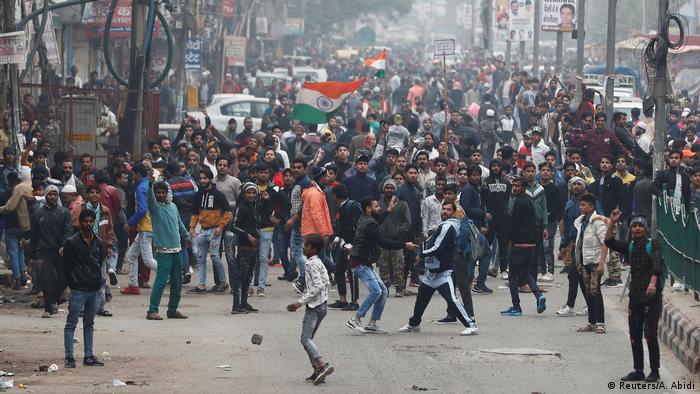 Indian Prime Minister Narendra Modi refused to give in to protesters' demands over a controversial new citizenship law even as tens of thousands of protesters took to the streets for the seventh day as part of mass protests on Wednesday.

The Indian Supreme Court on Wednesday agreed to hear petitions against the law on January 22 but also said it would not prevent the law from going into effect pending its ruling on the petitions.

Riots and clashes have led to six deaths and many more injuries over the last six days.

Protesters are challenging a new law, passed by the Indian parliament last week, that grants citizenship to non-Muslim illegal immigrants from three countries.

Modi's Hindu-nationalist ruling party argued the measure would protect persecuted minorities. Critics have said they believe that the Citizenship Amendment Act (CAA) will allow Modi to marginalize Muslims in India.

Modi has dismissed rumors that the act will impinge upon other citizens' rights.

"It's as clear as being engraved in stone that the CAA will not affect any citizen — Muslim, Hindu, Christian or anyone else," he told a political rally. He also blamed the opposition Congress party for "spreading violence and creating an environment of fear."

"Both my government and I are firm like a rock that we will not budge or go back on the citizenship protests," Home Minister and close Modi ally Amit Shah said. 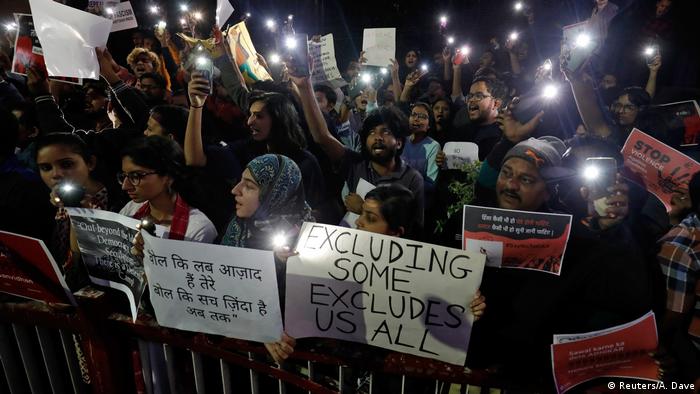 On Tuesday, protests in the capital, New Delhi, saw many students taking to the streets. Police fired volleys of tear gas and set up barricades.

Buses and a police outpost were torched and tear gas filled streets as thousands of protesters hurled stones at police in Muslim-majority areas of the city.

Read more: 'Not in my name' — Indians protest vigilante attacks on Muslims

In the north of the country, police said they had arrested 113 people for objectionable social media posts.

Protests are set to continue up and down the country on Wednesday, and with little prospect of Modi backing down, there is no end to the unrest in sight.

"The law will divide the country," predicts Gautam Ghosh, a protester in West Bengal. He joined a march of more than 20,000 people in the state's capital Kolkata. "If the federal government tries to implement the law, there will be more bloodshed. People will not accept it."

The three Muslim-majority countries which the citizenship law targets are Afghanistan, Bangladesh and Pakistan. Pakistani Prime Minister Imran Khan previously said that Modi's policies could lead to a refugee crisis.

Clashes between Hindus and Muslims erupted in the Indian capital during a Hindu religious procession, injuring several. It comes as religious clashes are reported elsewhere in India.