Indian Prime Minister Modi and his allies are on course to a win a majority in parliament after a mammoth general election, according to exit polls. The election was billed as a referendum on Modi's government. 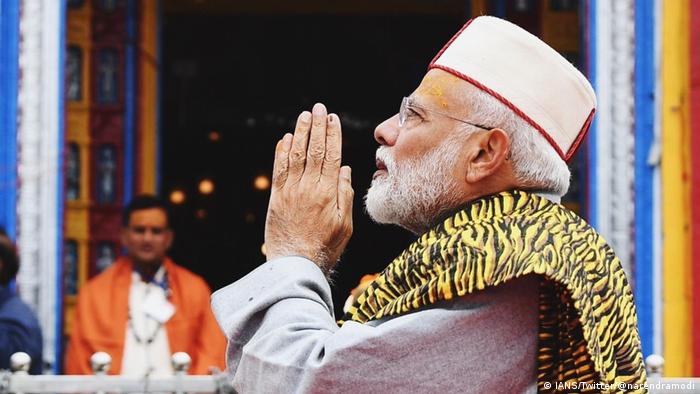 India's Times Now television claimed that Modi's alliance is likely to get 306 seats, a clear majority in parliament. One poll by Neta Newsx, however, forecast the NDA falling 30 seats short of a majority.

A total of 272 seats in parliament are required for a party to form a government.

Exit polls, though, are not completely accurate and have a mixed record in a country with an electorate of 900 million people. Official results are expected on Thursday.

Voting ended on Sunday in the seventh and final round of India's national elections, wrapping up a six-week long electoral process.

Some 900 million people were eligible to vote in what is considered the world's biggest democratic process.

The election was billed as a referendum on Modi's government, which has implemented some policies that proved unpopular, including the demonetization of high currency bank notes.

"The EC used to be feared and respected. Not anymore," Gandhi said, without giving any details.

Observers expect Modi's BJP to stay in power but with fewer seats than it picked up in the 2014 general election.

India's electoral commission said voter turnout was around 66%, slightly higher than 58% during the previous election.

India has usually adopted a "non-aligned" foreign policy, but since Prime Minister Modi came to power in 2014, New Delhi has shown more assertiveness in international relations, particularly in its dealing with Pakistan. (06.05.2019)