A 47-year-old man in Chennai has died after consuming the concoction he helped create with his boss in an effort to beat the novel virus. His employer is recovering in hospital after also drinking the corrosive chemical. 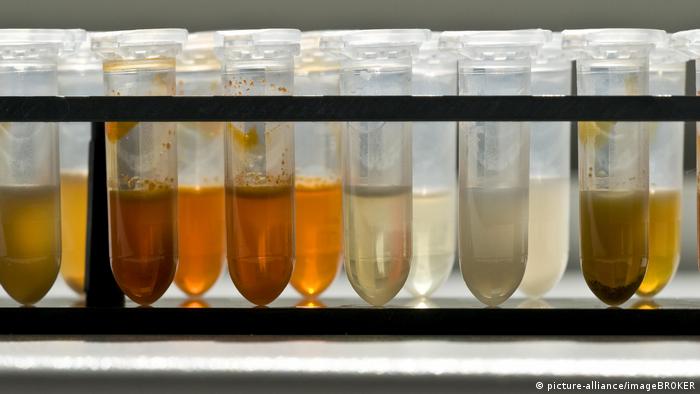 An Indian pharmacist died after drinking a chemical concoction he helped develop in an effort to beat COVID-19, police confirmed Saturday.

The pharmacist's boss was left hospitalised after he, too, consumed what the pair had hoped would be an effective treatment for the virus that has infected four million people across the globe.

Read more: India readies to repatriate up to a million stranded nationals

According to The Indian Express, the owner of Sujatha Bio Tech, along with his employee, tried to invent a cure for the deadly virus, but ingested a "corrosive chemical used to refine petroleum during testing." This led to the death of the employee, K. Sivanesan.

The two men worked for a herbal medicine firm and were testing their remedy, a mix of nitric oxide and sodium nitrate, at a home in southern Chennai city, in effort to defeat the infection that has resulted in at least 2,000 deaths in India.

Police chief Kumar said Sivanesan bought the chemicals from a local market and created the formula after carrying out research on the internet.

There are no approved medicines or vaccines for treating the novel coronavirus, sparking a race for a new drug for the disease that has killed nearly 300,000 people worldwide.

Roughly 60,000 cases have been registered so far in India, which has imposed a strict lockdown measures in an effort to prevent the virus from spreading.

It took a flexible yet consistent vaccination campaign by the World Health Organization to systematically contain and eradicate smallpox. Could the success story be a model in the fight against the new coronavirus? (07.05.2020)

Several people have died and thousands more have fallen sick after a gas leak at a chemical plant in southeastern India. Many near the site fainted, others reported burning eyes and difficulty in breathing. (07.05.2020)