A group of engineers in India have designed an electric bra as a rape defense system. The lingerie - capable of causing severe burns - is called Society Harnessing Equipment (SHE). 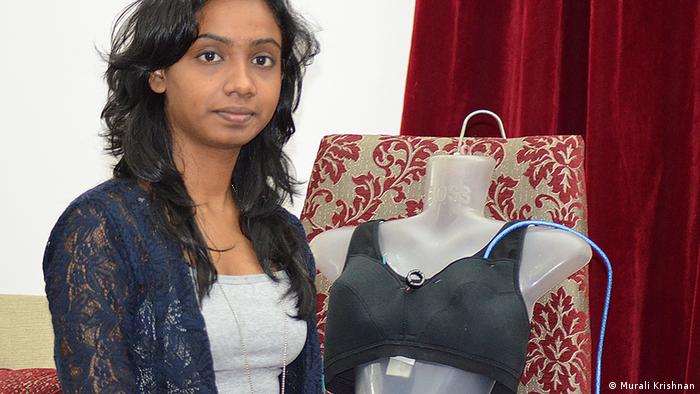 The horrific gang-rape and murder of a medical student in New Delhi in December 2012 caused a crisis in India. People turned out in the tens of thousands across the country to voice their shock, and lawmakers finally passed stringent new anti-rape legislation. It was also a tipping point for 22-year-old engineering student Manisha Mohan - so decided to invent an unusual new defense system - an electric bra.

Along with two fellow students, Manisha conducted surveys and worked on several models before coming up with a working prototype of the lingerie that bites back. "I started working with people who were related to electronics, brainstormed and started evolving it," she told DW. "It took it to another level when we got a lot of recognition worldwide … we got a lot of feedback."

The engineer is putting the final touches to the lingerie, called Society Harnessing Equipment (SHE) before it becomes commercially available. She won't saying when exactly it will enter the market, but it is believed to be very soon. 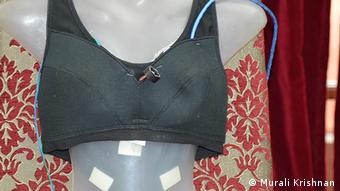 The bra contains a pressure sensor connected to an electric circuit that can generate a serious shock - 3,800 kilo-volts, to be exact - severe enough to burn a potential rapist. The moment its pressure sensors get activated, a built-in GPS also alerts the police.

"The bra is equipped with electronic equipment inside a pocket with a bi-layer fabric," she said. "The pocket insulates the woman and is water-proofed… so we are trying to incorporate all the electronics inside it with pressure sensors that sense the amount of pressure over the woman's bosom."

The technology looks simple. The pressure sensor has been calibrated for squeeze, pinch and grab - and the force applied in a simple hug does not activate the device. There is also a switch so the woman can put it on by herself when in a dangerous location.

Those who have worn the bra say it is comfortable, and the feedback has generally been good. "I think the bra is going to be extremely helpful because both women and girls will be able to roam around more confidently in the big cities during odd hours," Revathi, a New Delhi college student, told DW.

Manisha also thinks the bra will be comfortable. "Since it is going to be paper-like and most of garments worn by women are padded, I don't think it is going to be that difficult for a woman to wear," she said. Manisha has been selected for the prestigious Innovation Scholars In-Residence, a 20-day program hosted by Indian President Pranab Mukherjee at the presidential palace. It's a program that allows innovators to showcase their talents. 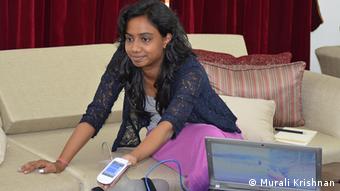 Manisha says the bra is both safe and comfortable

The commercial release of the lingerie could not have come at a more appropriate time, with reports of crimes against women in India - including rape, murder, abduction, and molestation - increased by over 25 percent in 2013 compared to the previous year.

The latest national crime figures say 309,546 crimes against women were reported to the police last year, compared to 244,270 in 2012. The bra may not actually drive down sexual attacks against women in India's rural areas, where a majority of crimes take place, but this invention is still welcome as a safety shield.

In several countries across Asia, torture is used on a regular basis. Bringing perpetrators to justice is notoriously hard, especially in nations where the practice is state-sanctioned, HRW's Phil Robertson tells DW. (26.06.2014)