India proposes new law for juvenile rape offenders | Asia| An in-depth look at news from across the continent | DW | 17.07.2014

The Indian government's proposal to try juveniles as adults in rape cases has triggered strong reactions from rights groups. Critics say the existing law should be properly debated before New Delhi decides to change it. 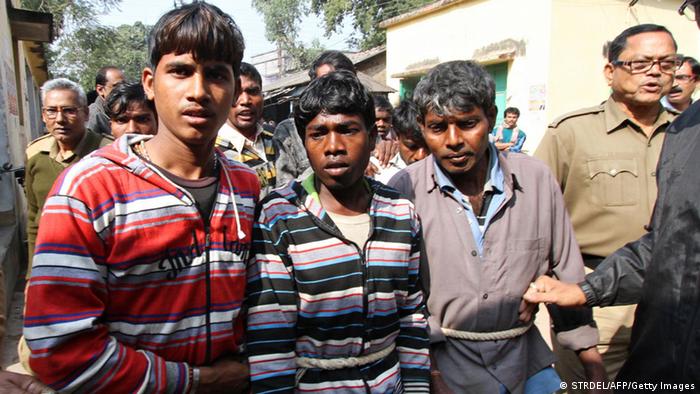 Badrinath Singh, father of the deceased 23-year-old medical student, Nirbhaya, who was gang raped and tortured on a moving bus in December 2012, has welcomed the government's decision to try juveniles as adults in crimes like rape and murder.

"There should be no distinction between adults and young criminals when it comes to rape. Both deserve the strictest punishment," Singh, who is a porter at Delhi airport, told DW.

While the four adult rapists received death penalty, the young convict - who was six months short of coming of age - was sentenced to only three years in a correctional facility - the maximum penalty allowed for a juvenile offender under Indian law. 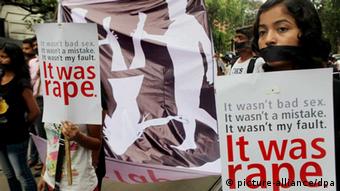 A rape is reported in New Delhi on average every 18 hours, yet in 75% of cases the perpetrators go unpunished

Few days ago, a Mumbai court convicted two minors for the gang rapes of a photojournalist and a telephone operator in an abandoned commercial compound in Mumbai last year. The court sent them to a reformatory school for three years to learn "good behavior."

Earlier this month, Maneka Gandhi, the minister for women and children affairs, said the current Juvenile Justice (Care and Protection of Children) Act needed to be radically changed. The ministry proposed that while trying a person aged between 16 and 18 involved in rape or murder, the Juvenile Justice Board could decide whether he should be sent to an observation center or be tried in a regular court.

"According to the police, 50 percent of all sexual crimes in India are committed by teenagers, who know they can get away with it. In pre-meditated murders and rape, we should bring the offenders to adult courts. It will discourage the juvenile criminals," Gandhi suggested.

But the women and child activists have voiced their opposition to proposed amendments. They claim that the figures cited by Gandhi in relation to juvenile rapists and murderers are incorrect.

There is outrage across India over a minister from the ruling BJP party who said that rape was "sometimes right, sometimes wrong." The remarks come as the country reels from a series of brutal gang rapes. (06.06.2014)

The ProChild Network, a conglomerate of 58 non-governmental rights organizations, told DW the number of children between 16 and 18 apprehended for rape in 2013 was not more than 1,388.

"Are we saying that a country as populated as India cannot take care of this small number, and that these young people must be tried as adults?" Bharti Ali, co-director of Haq, a child rights organization, asked. "We want to have a proper dialogue with the government before it takes any decision on this," he told DW.

The ProChild Network said the latest National Crime Records Bureau figures showed that 33,707 rape cases were registered in 2013, of which only 1,884 had involved juveniles.

"Are we going to have a law based on what the police claims and without any scientific or empirical basis?" quesitoned Vrinda Grover, a lawyer.

A number of rights activists gathered in New Delhi on Wednesday, July 17, to protest the proposed changes in the South Asian nation's juvenile law. 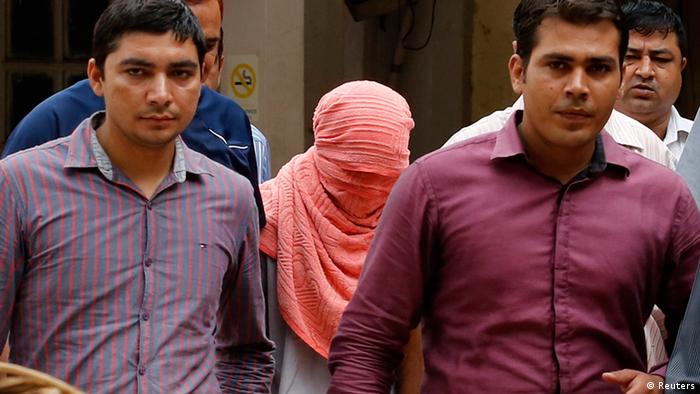 "Researches in the US have shown that the punitive trend has been reversed and the US Supreme Court has started to place limits on the process of sentencing children," Atiya Bose of Aangan Trust, an NGO, told DW.

Those opposing the repeal of the law say the punishment cannot be based on vindictiveness or revenge, and must entail the possibility of reform and rehabilitation.

"This applies even more to adolescents. Throwing them into prisons with professional criminals will hinder any possibility of reform," said Malini Bhattacharya, a representative of the All India Democratic Women's Association.