Satirical performer Vir Das' 6-minute monologue, done in the US, has not gone down well with some at home. The ruling BJP party filed a police complaint in Delhi. 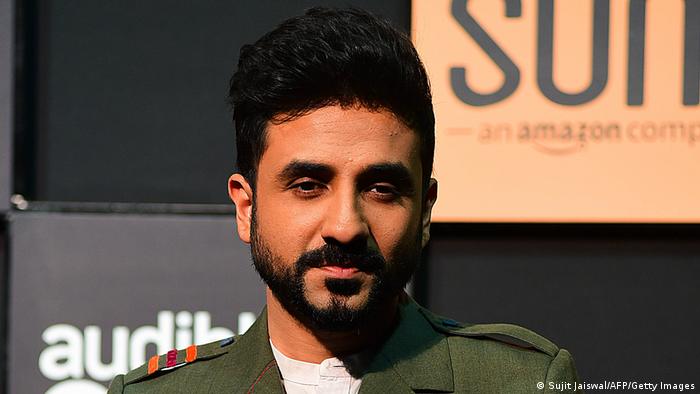 Comedian Vir Das' "Two Indias" monologue which he performed in Washington, DC, doesn't appear to have hit the right notes with some back home in India.

According to local media agency NDTV, the satirist's routine has prompted the BJP party in Delhi to file a complaint with police for insulting the country on foreign soil. Spokesman Aditya Jha posted a picture of himself standing outside a police station in New Delhi, calling for Das to be arrested.

The comedian's monologue sparked a fierce debate online with some saying the response demonstrates rising intolerance since Narendra Modi became prime minister in 2014.

Amartya Sen: 'I am worried about the future of secularism in India'

What did Das say?

Telling a packed audience at the Kennedy Center venue in the US capital, Das pointed out some of the disturbing contradictions in Indian life: "I come from an India where we worship women during the day and gangrape them at night."

Das went on to say: "I come from an India where we scoff at sexuality and yet f*** till we reach a billion people."

He highlighted that some of the country's strengths, albeit in a backhanded manner, saying that "journalism is supposedly dead" because of men in fancy suits "and yet women on the road with laptops are still telling the truth."

In an apparent slight directed at the country's political leaders, Das said: "I come from an India that has the largest working population under 30 on the planet but still listens to 75-year-old leaders with 150-year-old ideas."

Some took to social media shortly after Vir Das posted the video of the performance on YouTube and accused him of insulting the country on a global platform.

Das has issued a statement emphasizing that what he said was satire and illustrated the two very different India's he describes.

"The video appeals for us to never forget that we are great. To never stop focusing on what makes us great. It ends in a gigantic patriotic round of applause for the country we all love, believe in, and are proud of. That there is more to our country than the headlines, a deep beauty."

Indian comics have in the past come under severe criticism for things they've said. Earlier this year comedian Munuwar Faruqui spent a month in jail for allegedly insulting Hindu deities.