India: Turning the Bangladeshi border into a political issue | Asia | An in-depth look at news from across the continent | DW | 21.07.2021

India: Turning the Bangladeshi border into a political issue

Bangladeshis illegally crossing the border into India has become an increasingly fraught political issue. But experts warn that it is being politicized for electoral gain. 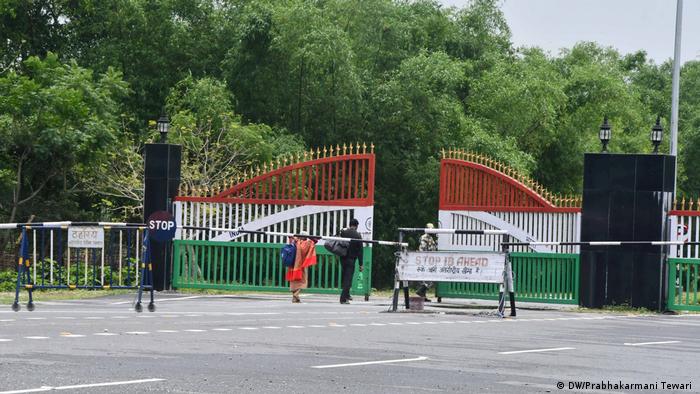 Although people have always crossed from Bangladesh into India, the issue has become a much more central topic since Narendra Modi's Bharatiya Janata Party (BJP) came to power in 2014.

It was the BJP that initiated a new Indian Citizenship Amendment Act in 2019, according to which Hindu migrants are given the status of refugees. Muslims, on the other hand, are either punished or sent back to Bangladesh or other neighboring countries.

BJP leaders also played up the crossings as a key issue during recent local elections.

According to statistics from the the Indian Border Security Force (BSF) and National Crime Record Bureau, 1,115 Bangladeshis were taken into custody near the border for lacking proper permits during 2020, up to mid-December. In the same period, 3,173 people were arrested for attempting to illegally cross the border from India into Bangladesh.

The two South Asian neighbors share a 4,096-kilometer (2,545-mile) border. The line runs through five Indian states: West Bengal, Assam, Tripura, Meghalaya and Mizoram. According to local media, the BSF has identified half of the border as vulnerable to crossings either due to the lack of fencing or bodies of water.

"You don't need any data to know that many Bangladeshis work in India," an expert on Indo-Bangladeshi refugee policy Suchandra Ghatak told DW.

"But this context can't be seen politically: It is rather the socio-economic condition of the subcontinent that has given birth to such a situation. The political parties use this issue for their own short-term gain," she said.

Allauddin (name changed) came to India from the Bangladeshi district of Khulna, close to India's West Bengal, a few years ago.

"Since India is a big country, unskilled job options are much greater here than in Bangladesh," Allauddin told DW. He possesses an Indian ID —  Aadhar card — and owns two vans in India. Some of his family also lives with him.

Chhobi Sikdar (name changed) came from the same area to India in the 1980s. She escaped domestic violence and crossed the border to search for a different life. She received her legal documents in India a decade later.

"People do earn good wages in Dhaka. But it is easier to come to Kolkata than Dhaka because of the distance. And doing odd jobs in Kolkata is easier for her because nobody knows her here," Chhobi told DW.

The political campaign over illegal immigration 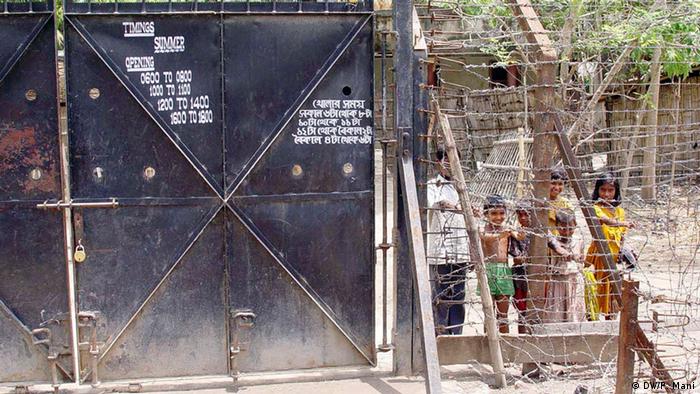 "The lack of discussion itself indicates that the issue of Bangladeshi migrants is completely political. Had it not been so, then the case would have been dealt with differently."

During the last joint meeting between border guard officials from the two countries, the Bangladeshi side claimed that there is no major economic migration into India.

"The GDP growth rate of Bangladesh is now on an upward trend and the per capita income is close to $2,300 (€1,955). So, there is no reason really for Bangladeshis to cross the border to seek jobs or for any other reasons," Shafeenul Islam, director-general of Border Guards Bangladesh (BGB), told a joint press conference.

He also claimed that border guards on both sides are now being more vigilant.

"Previously the situation was different. The borders were not that strict. There were many who would cross the border in the morning, entering India for work and going back to Bangladesh in the evening. Now such things are not possible. So people find other ways," Ghatak said.

"Now there is evidence that Bangladeshis enter with a visa valid for one year. Then they start working in the unorganized sector and never go back. But can you call this infiltration? They did not cross the border illegally," she added.

India-based border activist Kiriti Ray told DW that the problem has to be solved differently.

"This crisis cannot be solved politically. Bangladeshi workers should be treated like migrants from Nepal and Bhutan in India. If the state-authorized their job in India, then the problem might be solved. One cannot forget the history of unplanned partitions. And the ethos of the people from both sides of the border," Ray said.