Is India′s Supreme Court using contempt law to stifle criticism? | Asia| An in-depth look at news from across the continent | DW | 09.09.2020

The Supreme Court of India recently convicted a prominent lawyer for contempt of court for his tweets criticizing the judiciary. The ruling raised questions over the court's openness to criticism and public scrutiny. 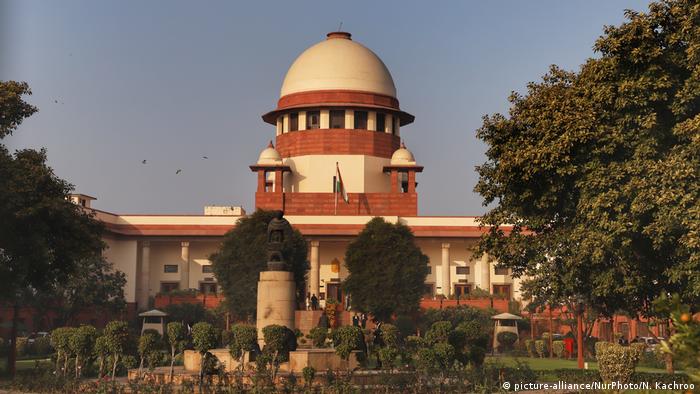 India's Supreme Court recently handed down a token fine of one rupee (€0.012, $0.014) to renowned lawyer and human rights activist Prashant Bhushan who was held guilty of contempt of court last month.

The case, involving a pair of social media posts, put a spotlight on the nation's top court over its handling of criticism of the judiciary and renewed a debate on free speech in the country's legal community.

Bhushan, an outspoken lawyer known for his public interest litigations, had posted two tweets in late June. One was critical of the chief justice of India, Sharad Bobde, and the other of the judiciary's role in India's democracy since Prime Minister Narendra Modi's Hindu nationalist government came to power.

"When historians in the future look back at the last six years to see how democracy has been destroyed in India even without a formal (declaration of) Emergency, they will particularly mark the role of the SC (Supreme Court) in this destruction, and more particularly the role of the last four CJIs (Chief Justices of India)," he said in one of the posts.

In the second tweet, he posted a viral photograph of Bobde sitting astride a €58,000 ($68,631) Harley Davidson bike, owned by a member of India's ruling Bharatiya Janata Party (BJP).

He captioned the picture saying the chief justice was riding "without a mask or helmet" even as he was "denying citizens their fundamental right to access justice" by keeping the court shut during the coronavirus lockdown.

Both these posts have since been removed by Twitter. 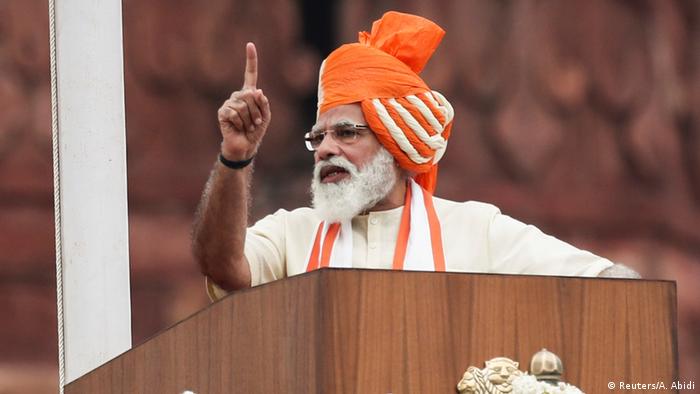 About a month later, the Supreme Court began contempt of court proceedings against Bhushan. The lawyer defended himself saying they were an "expression of opinion" and thus, could not be considered contempt of court.

"To critique the actions of a chief justice or a succession of chief justices, cannot and does not scandalize the court, nor does it lower the authority of the court," he said in a written statement.

But his argument was rejected by the court and he was convicted on August 14. "An attempt to shake the very foundation of constitutional democracy has to be dealt with an iron hand," the Supreme Court bench said in a 108-page judgment. It said Bhushan's tweets were "a malicious, scurrilous, calculated attack" against the judiciary.

The court tried to get him to apologize for the posts multiple times, but he refused saying an expression of regret would be a "contempt of his conscience."

Finally, he was let off with a token fine, seen by many as a partial win for the lawyer.

After the sentencing, Bhushan said it was not his intention to disrespect the top court or the judiciary. "This case has become a watershed moment for freedom of speech and has encouraged people to stand up and speak about the injustices in society," he said last week.

Senior lawyer Dushyant Dave, who represented Bhushan in this case, said the token fine was a victory, not just for his client but also for free speech. "But to my mind, it is a defeat for the Supreme Court itself because the court has come out very poorly of the entire episode," he told DW.

"The court has exposed itself as an institution that is not tolerant, and which doesn't allow free expression on its functioning and its failures," said Dave, who also serves as the president of the Supreme Court Bar Association. "To that extent, the court has marginalized itself substantially."

"Today, there is virtually a dictatorship in this country, and the Supreme Court has not been able to stop that at all," Dave said, reiterating the point made by Bhushan's tweets.

"The court has failed miserably in protecting democracy and the fundamental rights of citizens," the lawyer stressed. "We are seeing that in cases related to the habeas corpus petitions of those detained in Jammu and Kashmir, and many other cases."

'Open to criticism, not disrespect'

Not everyone agrees with this assessment of the Supreme Court. Proceedings against Bhushan were triggered by a complaint filed by lawyer Mehek Maheshwari, who believes Bhushan's tweets were an affront to the chief justice personally, and to the entire justice system.

"The Supreme Court usually doesn't take as harsh a view on contempt cases as it did in this one," Maheshwari told DW. "The problem, in this case, is that Prashant Bhushan has crossed the limits time and again," he said, referring to the other contempt cases pending against Bhushan. "The court is always open to criticism. It is never open to disrespect," he said.

According to the Indian constitution, the Supreme Court is the guardian of fundamental rights in the country. The court has often intervened when those rights were infringed, either by legislative or executive action.

But legal experts, including Dave, have argued that the top court has always functioned under a cloud of secrecy. It is, therefore, not subject to the same public scrutiny or criticism as elected officials.

Criticism came from within the institution in January 2018, when in a stunning move four of the senior-most judges of the Supreme Court publicly slammed its functioning as well as the way cases were being assigned by then-chief justice. At the landmark press conference, the judges said that India's democracy was in danger and raised concerns over how the top court was being run. 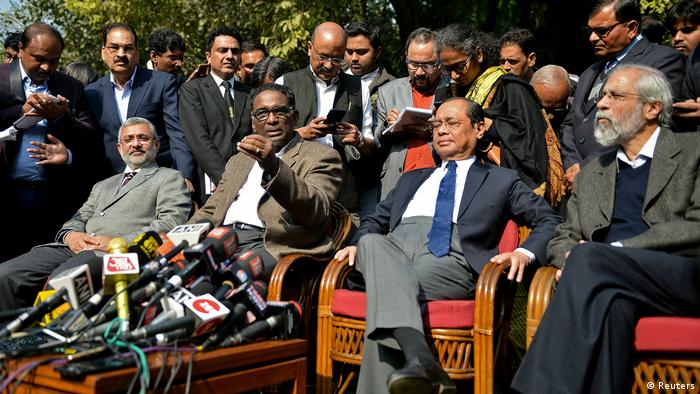 In January 2018, four of the then senior-most judges of the Supreme Court publicly slammed its functioning

All four of the judges have since retired. Among them was Justice Madan B Lokur who recently co-signed a letter extending solidarity and support to Bhushan in this contempt case.

Speaking to DW, Justice Lokur said that in his view the court should not have initiated criminal contempt proceedings against Bhushan in the first place. "It does appear that the Supreme Court is now less tolerant of criticism," said the retired justice, who is currently a judge in the Supreme Court of Fiji.

"Perhaps the increase in criticism, both in terms of quantity and decibels, has made the Supreme Court sterner than it was before," he said. "No one can be above criticism," Lokur said. "However, that criticism must be measured and constructive."

Asked about the top court's role in recent years, the former justice said it had protected the fundamental rights to an extent. "But I think more could have been done," he said.

After India's chief justice claimed sexual harassment charges against him were part of a conspiracy, the Supreme Court said it was being "attacked." Legal experts are worried about the integrity of the judiciary.