The decision to refuse aid has drawn ire, with the funds pledged by New Delhi falling far short of the amount requested by the state. Some now say the Indian policy not to accept foreign disaster money needs to change. 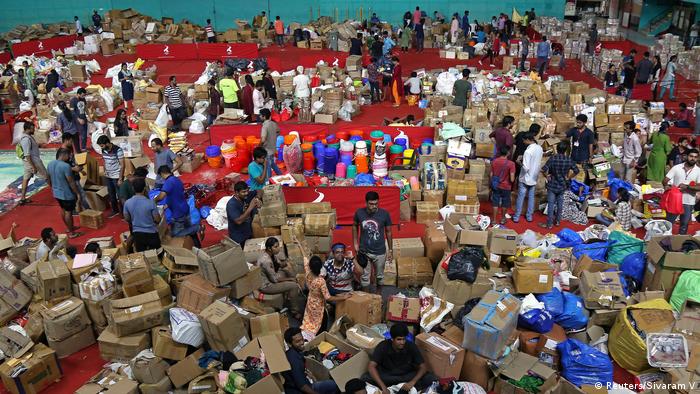 India has declined relief assistance from foreign governments for the flood-hit southern state of Kerala following offers of aid from several countries, including the United Arab Emirates and Qatar.

"The government of India deeply appreciates offers from several countries, including from foreign governments, to assist in relief and rehabilitation efforts after the tragic floods in Kerala," the Indian Foreign Ministry said in a statement. "In line with the existing policy, the government is committed to meeting the requirements for relief and rehabilitation through domestic efforts."

The decision has drawn sharp criticism from Kerala, hit by the worst flooding in a century.

Torrential rain that began in Kerala on August 8 killed 231 people and left behind a trail of destruction. Experts have estimated losses of at least 200 billion rupees (€2.5 billion, $2.85 billion).

The state's finance minister, Thomas Isaac, wrote on Twitter that the central government should compensate the state for refusing foreign aid.

He said the UAE government voluntarily offered money but the central government declined it, saying it's "below our dignity to accept foreign aid."

Earlier this week, the United Arab Emirates offered $100 million in aid while Qatar offered $5 million. Many people from Kerala live and work in the Gulf region. Other countries, including Thailand and the Maldives, also offered to chip in.

Experts say the policy to refuse international funds, put in place following the Indian Ocean tsunami in 2004, is meant to show that India is capable of dealing with natural disasters. 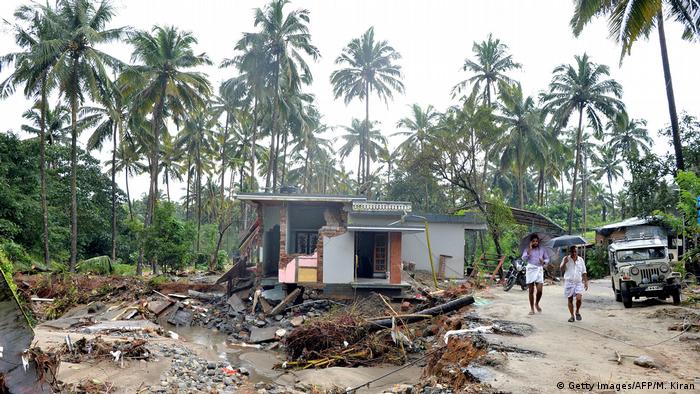 Torrential rain that began in Kerala on August 8 destroyed tens of thousands of homes.

"It would be ridiculous to expect the present government to suddenly reverse that policy and accept foreign aid," columnist Indrani Bagchi wrote in the Indian newspaper The Economic Times.

"Successive Indian governments have also discovered that once you open those gates, you end up with a lot of unnecessary diplomatic obligations, doubtful assistance and very little upside."

"This decision is quite disappointing to the people of Kerala," Congress leader and former Kerala Chief Minister Oommen Chandy wrote in a public letter to Modi.

"Rules should be such [that they] eradicate the sufferings of the people. If there exists any obstacle against the acceptance of foreign aid, kindly look into the matter seriously and bring suitable modifications."

Kerala Chief Minister Pinarayi Vijayan said he would approach Modi to clear the hurdles in receiving the aid being offered by the UAE, Indian broadcaster NDTV reported.

As water levels begin to drop, rescue efforts are underway for more than a thousand people left stranded by the floods. More than 400 people have died since the monsoon season began in Kerala. (20.08.2018)