India, Pakistan sign historic agreement to construct Kartarpur corridor | Asia | An in-depth look at news from across the continent | DW | 24.10.2019

India and Pakistan have signed an agreement to operationalize the Kartarpur corridor, which will connect Sikh shrines located on either side of the border. 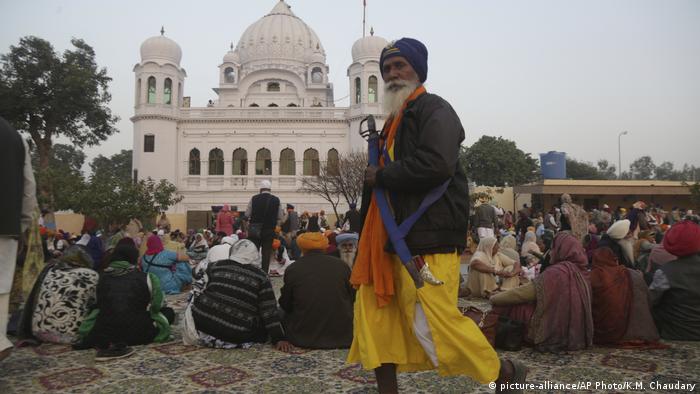 Speaking to the media, Mohammed Faisal, a senior official in Pakistan's foreign ministry who signed the agreement, said Prime Minister Imran Khan would formally inaugurate the corridor on November 9.

The highway, known as the Kartarpur corridor, gets its name from the gurudwara Kartarpur Sahib, which is located in Pakistan, and on the other side of the river Ravi. It is only 4.5 kilometers away from the Indian border and is close enough to be seen from India on a clear day.

On the Indian side, at Dera Baba Nanak, there are three famous Sikh temples or gurudwaras: Sri Darbar Sahib, Sri Chola Sahib and Tahli Sahib. Sikhs in India have long desired a way to connect the locations, but New Delhi's fraught relationship with Pakistan has often come in the way of implementing the solution. 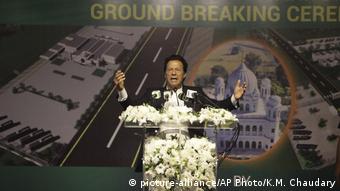 Pakistan PM announcing the construction of the Kartarpur corridor

Read more: Can India and Pakistan bring down their 'Berlin Wall'?

The corridor will put an end to a 125-kilometer-long journey that Indian Sikhs to Kartarpur have had to undertake until now. The temple, known as Kartarpur Sahib, is believed to be the place where the founder of Sikhism, Guru Nanak, spent the last 18 years of his life. The temple is built on the site where the Guru died in 1539.

Pakistan has also asked India to restrict the number of pilgrims to 5,000 a day. Indian officials will be required to send a list with the names and details of people entering Pakistan 10 days in advance.

Islamabad's officials will then verify the list and confirm the names of people entering its territory. Visitors from India will also need to pay a fee of 20 dollars to enter the temple.

As of now, India's Ministry of External Affairs has said it would abide by Pakistan's demands, but would eagerly change the terms of the agreement if Pakistan decided to relax its conditions.

The construction of the Kartarpur link gained traction in 1999 when Atal Bihari Vajpayee, India's prime minister at the time, met his Pakistani counterpart, Nawaz Sharif. However, all talks were stalled after the Kargil war, which broke out between the two countries later that year.

Intermittent discussions between the two countries on the issue did not prove conclusive until September 2018, when the Pakistani government under Prime Minister Imran Khan announced its intention to open the border near Kartarpur so that Sikh pilgrims from India could visit the gurudwara in Pakistan without a visa.

A lot of hectic activity ensued following Pakistan's announcement and on 26 November 2018, the foundation stone of the corridor was laid in India. Two days later, Pakistan followed suit, raising hopes that the corridor might actually become a reality before the 550th birth anniversary of Guru Nanak on 29 November 2019.

A hug does the trick 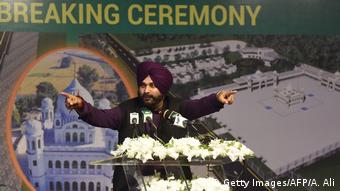 'The hug did it': former cricketer Navjot Singh Sidhu

The announcement was made a month after Khan's oath-taking ceremony in Islamabad, also attended by former Indian cricketer and Khan's friend, Navjot Singh Sidhu.

Sidhu, a Sikh himself, said he had been informed by Pakistan's Army chief General Qamar Bajwa that the country could open the corridor soon, when he had gone to attend Khan's swearing-in ceremony on August 2018.

At the time, Sidhu's image showing him hugging the Pakistani general was severely criticized in India. However, when the corridor announcement came through, Sidhu claimed it was the hug that did the trick. The former cricketer is now a member of the Indian National Congress (INC).

Meanwhile, Amarinder Singh, chief minister of Punjab in India, who initially condemned the corridor as a conspiracy by Pakistani's intelligence agency, ISI, is planning to lead an all-party delegation to Kartarpur Sahib once the corridor is inaugurated.