The first Indian Sikh pilgrims have passed through the new Kartarpur border crossing between India and Pakistan. The secure visa-free corridor marks a rare moment of cooperation between the neighbors. 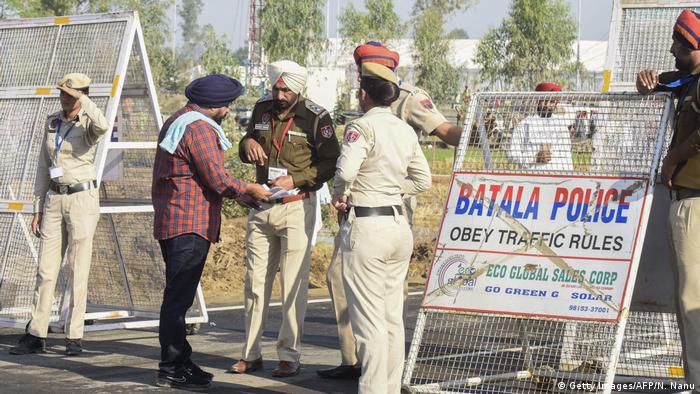 Pakistan and India on Saturday opened a new corridor and border crossing to help Indians of Sikh faith access one of their holiest shrines, which lies in Pakistan.

Indian state TV reported that the first few hundred pilgrims had made the journey along the secure visa-free corridor between the two nuclear foes.

Indian Prime Minister Narendra Modi took part in an inauguration ceremony at the border post on the Indian side. In his speech, he thanked Pakistani Prime Minister Imran Khan for respecting Indian sentiments over access to the site.

His predecessor, Manmohan Singh, who led India for a decade from 2004, then guided the first delegation of pilgrims as they crossed into Pakistan.

Khan took part in a similar ceremony on the Pakistani side and received the pilgrims. 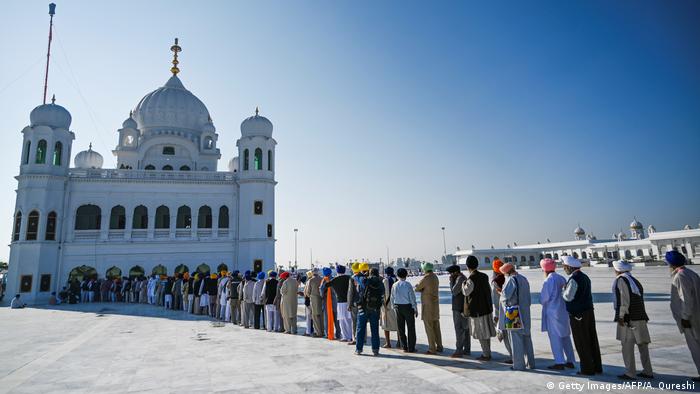 Until Saturday, the Sikh shrine had been difficult to reach

On Friday, Pakistani Foreign Minister Shah Mahmood Qureshi likened the opening of the corridor to the fall of the Berlin Wall, saying it could "change the face of South Asia," in the same way that the events of 1989 had changed Europe.

Saturday's opening comes on the 30th anniversary of the Wall's demise.

Differences put to one side

The new corridor has become a reality despite months of heightened tensions between the neighbors, mainly over the disputed region of Kashmir.

Months of clashes and tit-for-tat cross-border air raids across the frontier in February sparked fears of a wider war.

Kartarpur ended up in the Muslim-majority country following the partition of India at the end of British colonial rule in 1947.

Indians have struggled to make the pilgrimage due to longstanding hostility between the neighbors, which have fought three wars since independence.

Indian Sikh groups have long been demanding a road link and the easing of travel restrictions.

The crossing was first proposed in 1999 but it would take two decades for the passage to be completed.

A final deal on access to the shrine was only agreed on last month.

Officials say the corridor can cope with about 5,000 pilgrims per day. But there has been Indian opposition to a sum of $20 (€18) that Pakistan will charge each visitor.

The opening took place ahead of the guru's 550th birthday on November 12, which will be marked with celebrations by millions of Sikhs around the world.

Vehicle restrictions have been introduced in and around the Indian capital, New Delhi, as part of an effort to cut soaring levels of air pollution. Private cars will be allowed on the roads on alternate days. (04.11.2019)

Kartarpur corridor: Can India and Pakistan bring down their 'Berlin Wall'?

In a rare sign of cooperation between South Asia's two nuclear-armed rivals, India and Pakistan agreed to set up a visa-free corridor that will allow Sikhs to easily visit their shrines on each side of the border. (28.11.2018)