India-Pakistan: Embassies to cut staff by half over spy row

India is expelling close to half of the staff at Pakistan’s embassy in New Delhi over espionage claims. Islamabad has reciprocated with the same orders for the Indian High Commission. 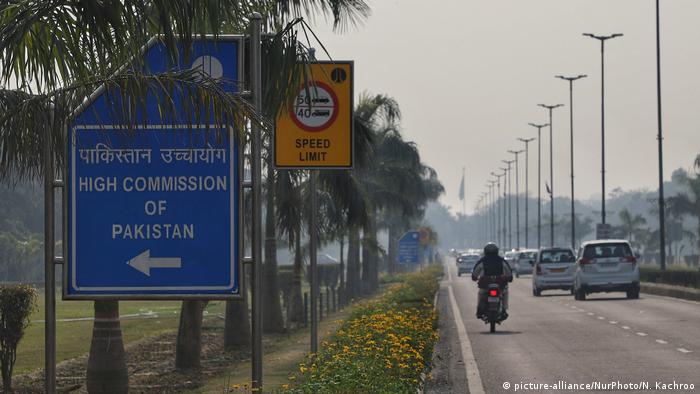 Close to half the staff members at Pakistan's embassy in New Delhi will be asked to leave, Indian authorities said on Tuesday, as the ongoing diplomatic row between the nuclear-armed neighbors escalated over claims of spying.

"They (Pakistan) have been engaged in acts of espionage and maintained dealings with terrorist organizations," the Indian Foreign Ministry said in a statement.

India also said it would "reciprocally reduce its own presence in Islamabad to the same proportion."

However, Pakistan has responded with a decision to expel half of the staff at the High Commission of India in Islamabad "as a reciprocal measure". It also denied any wrongdoing by its staff members in New Delhi.

All affected officials have been asked to leave within a week.

Charges of espionage are common when diplomats are expelled from both countries. They have also accused each other of detaining and torturing diplomats illegally.

India claims that diplomats who returned from Pakistan had "provided graphic details of the barbaric treatment that they experienced", the Foreign Ministry claimed.

Notably, both commissions do not have a permanent ambassador in place.

Even the presence of birds from across the border, as in the case of a suspected "spy" pigeon belonging to a Pakistani fisherman last month, can lead to lengthy investigations.

The International Court of Justice (ICJ) has ordered Pakistan to review the death penalty for the former Indian navy commander. New Delhi had complained of an unfair trial and sought the ICJ's intervention. (17.07.2019)

For the second time this month, Indian forces have slain a key rebel leader in the disputed region of Kashmir. The killing followed a 12-hour shootout in Srinagar. (19.05.2020)