For the second time this month, Indian forces have slain a key rebel leader in the disputed region of Kashmir. The killing followed a 12-hour shootout in Srinagar. 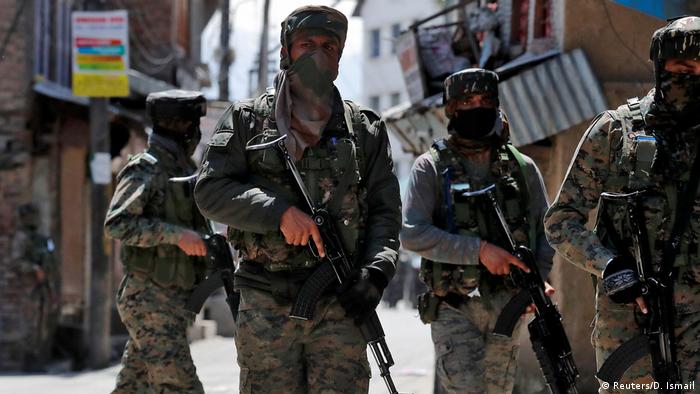 A Kashmir rebel commander and his aide were killed in a shootout with Indian government forces in the region's summer capital on Tuesday, provoking anti-Indian protests and confrontations with police.

A 12-hour gun battle began after Indian police and paramilitary soldiers blocked off a crowded neighborhood in Srinagar, having received a tip that militants were hiding out there, according to paramilitary spokesman Pankaj Singh.

Three soldiers and a police official were injured in the shootout, police said.

At least six houses were also severely damaged by explosions and gunshots.

Protests in the streets

A crowd of angry locals gathered in the streets upon news of the Junaid's death. They chanted anti-Indian slogans and hurled stones at Indian forces, who responded with teargas and shotgun pellets. No injuries were reported.

Authorities had shut down internet services in the region during the gun battle, a go-to tactic for the administration to quell unrest in the Indian-administered region. According to AFP, the internet had not yet been restored.

Such clashes are common in the territory, which is located along the northern border of India and Pakistan and claimed in its entirety by both states. Such fighting is rare, however, in Srinagar, with the Tuesday shootout marking the first conflict in the center of the summer capital in two years. 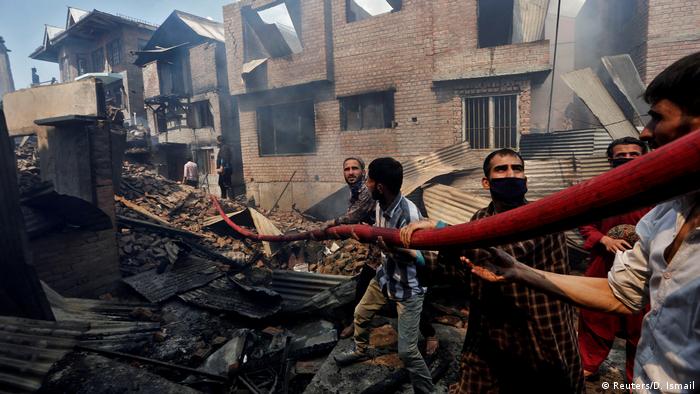 Locals try to contain the damage from fighting in Srinagar

For decades, rebel groups have fought for Kashmiri independence or for the region to be merged with Pakistan, backed by wide popular support.

Indian authorities have increased counterinsurgency operations since the beginning of the coronavirus lockdown.

According to police, 73 militants have been killed in Kashmir in 2020, many during the Muslim fasting month of Ramadan.

Authorities have started burying slain militants in unpopulated areas far from their homes in order to discourage people from gathering for large funerals.

Over 500,000 Indian troops are stationed in Kashmir. Tens of thousands of people, mostly civilians, have been killed by fighting in the region since 1989.

A picturesque ecotourism destination is offering visitors a place to unwind and learn about the outdoors.