Heavy rains have triggered flooding and landslides that swept through towns in the Indian state of Kerala. The National Disaster Response Force and the Indian army have been deployed to assist with rescue efforts. 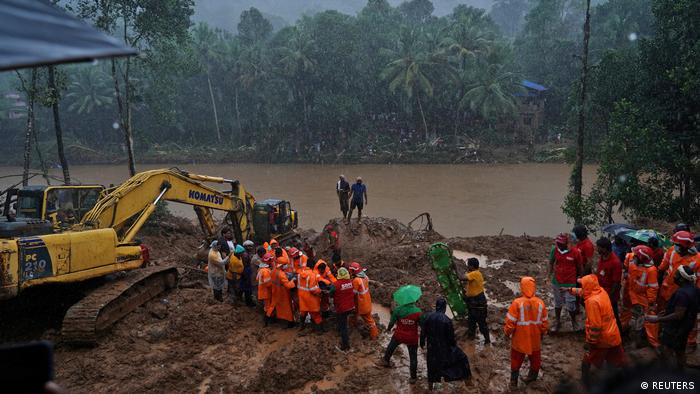 Heavy flooding and landslides in the southern Indian state of Kerala have left at least 35 people dead, disaster management officials said on Monday.

Twenty-two of them died in two landslides in the Kottayam and Idukki districts, which swept away several homes and buried others in mud and debris after heavy rains on Saturday.

A dozen people, mostly children, are still missing. The body of a seven-year-old child was pulled out of the rubble at the landslide site in Kottayam late Sunday, local newspaper Malayalam Manorama reported.

P.K. Jayasree, a top government official in Kottayam district, said that almost half of the casualties were from a single-family. "One family completely lost six members," he said.

Meanwhile, dramatic visuals on local television showed a two-story house falling into a river. Roads and bridges were also destroyed while trees were uprooted. Several dams were additionally reported to be filled up to dangerous levels.

The flooding was caused by torrential rains which began on Saturday.

The rains have swept through towns and submerged vehicles in the southern Indian state, with the Indian government deploying the National Disaster Response Force and army to assist with rescue efforts.

Federal Home Minister Amit Shah tweeted that the central government is "continuously monitoring the situation in parts of Kerala" and "will provide all possible support to help people in need."

Indian Prime Minister Narendra Modi called it "saddening that some people have lost their lives due to heavy rains and landslides in Kerala."

He expressed his condolences to families who have lost loved ones in the catastrophe. 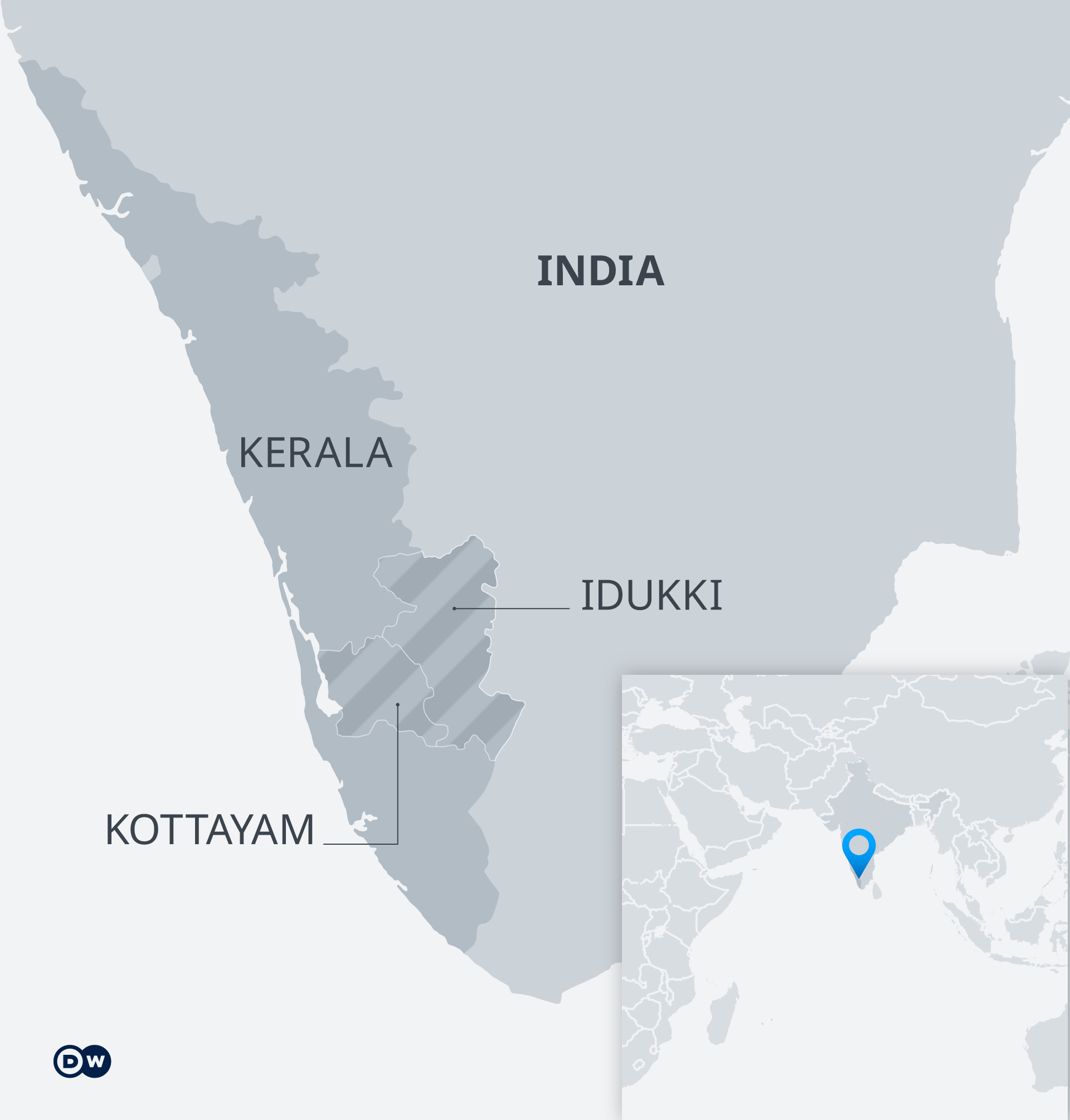 The off-season torrential rains are the result of a low-pressure system over the Arabian Sea. The heavy downpour has subsided, but Kerala Chief Minister Pinarayi Vijayan has urged residents to exercise extreme caution.

Vijayan said 100 relief camps have been set up to help residents affected by the disaster. The camps have been directed to adhere to coronavirus-related protocols, with water, sanitizers, masks and other supplies being made available to those in need.

The Meteorological Department has warned of at least three days of heavy rainfall from Wednesday, raising fears of further flooding.

Kerala has been affected by massive flooding in recent years. In 2018, inundation during the monsoon season left 223 people dead and drove hundreds of thousands of people from their homes.