An Air India Express flight coming from Dubai has crash-landed at an airport in Kerala, India, killing more than a dozen people. The plane had been bringing home people trapped abroad by the coronavirus outbreak 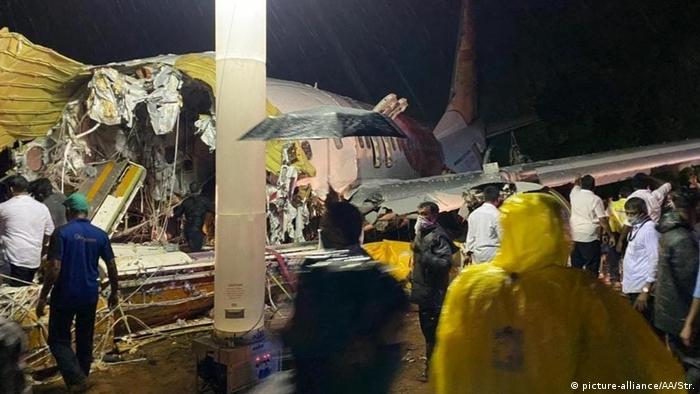 At least 17 people, including both pilots, were killed and more than 100 injured when an Air India Express jet crash-landed at Kozhikode airport in the Indian state of Kerala on Friday.

The Boeing-737 had been completing a special repatriation flight to bring back Indian residents who were stranded outside of the country due to the coronavirus. International commercial air travel has been halted in India because of the spread of COVID-19.

Civil Aviation Minister Hardeep Puri said the plane overshot the runway, which is situated on top of a hill, and went about 10 meters (32 feet) down a slope before breaking into two pieces.

Rescue operations at the scene had been completed but an investigation would be required to determine the cause of the crash, Puri added.

There were 174 passengers, 10 infants, two pilots and five cabin crew onboard the aircraft, Air India said. The flight had been coming from Dubai. 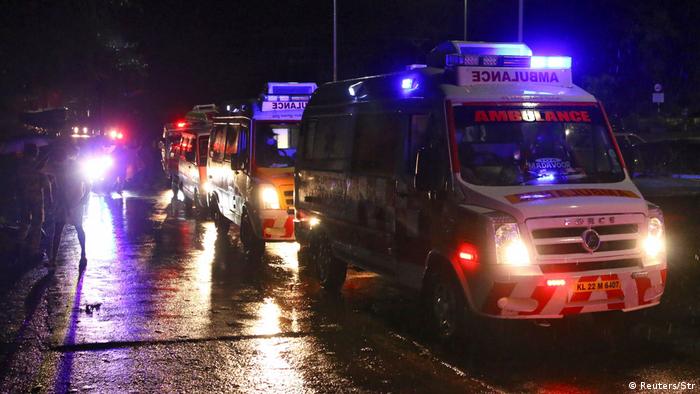 Rows of ambulances were on the scene at the Calicut International Airport in Karipur, in the southern state of Kerala, India, where a passenger plane crashed after skidding off the runway.

Local media showed dozens of ambulances on the scene.

Indian Prime Minister Narendra Modi tweeted that he was "pained" to learn of the accident.

Kerala has been hit by heavy rainfall in recent days, triggering landslides that resulted in at least 15 deaths on Friday. Nearly 50 people are missing and feared trapped in debris following a landslide in Kerala’s eastern district of Idukki.

An earlier version of this story named Kolkata as the city near where the Air India plane crashed. The article was immediately updated to reflect that the aircraft crash-landed at an airport in Kerala.