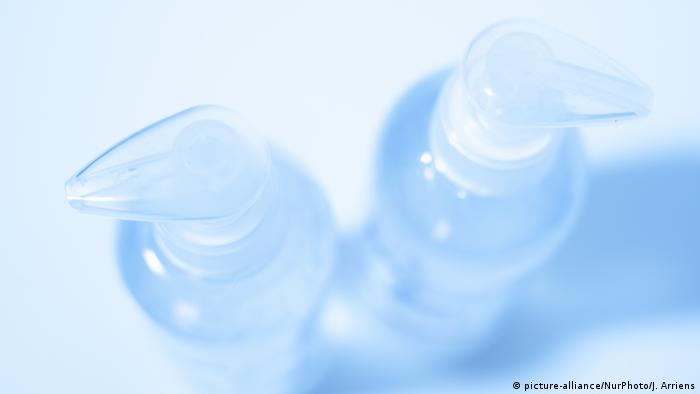 Local police said on Friday that at least nine men had died after drinking alcohol-based hand sanitizer as a substitute for alcohol.

Members of the group were reported to have lost consciousness after drinking a "high quantity" of the sanitizer mixed with water.

"Some people who are heavily addicted to alcohol had been consuming hand sanitizers for the high," said Siddharth Kaushal, the top police official for the town of Kurichedu, where the incident took place. "Alcohol is not available because of the lockdown, but hand sanitizers are easily available."

Those who died, some of whom had other health conditions, were said to have been dead on arrival after they were rushed to hospital. Others from the group survived and were later discharged.

Deaths from tainted alcohol are relatively commonplace in India, where home brewed liquor is often sold as a cheap alternative to official products. Mixtures often contain methanol – a highly toxic form of alcohol that can cause blindness and death.

India's federal government has allowed most economic activities across the country to cushion the economic impact of the coronavirus pandemic.

Certain states, such as Andhra Pradesh where Kurichedu is located, have been isolating certain hot spots where coronavirus numbers are higher. While the overall rate for India has increased threefold over a month, the increase in Andhra Pradesh is ninefold.

Coronavirus: Is India about to achieve 'herd immunity'?

An official serological study reveals that nearly one-fifth of Delhi's population has possibly been infected by COVID-19. But officials are not alarmed — instead they are optimistic about the overall situation.

Methanol poisoning is a common occurrence in Indonesia, but the latest incident has led to scores of deaths. One region has even declared a state of emergency.