Farmer unions in India launched a nationwide shutdown over new agricultural laws that are aimed at liberalizing the industry. The deadlock continues as further talks with the government have been canceled. 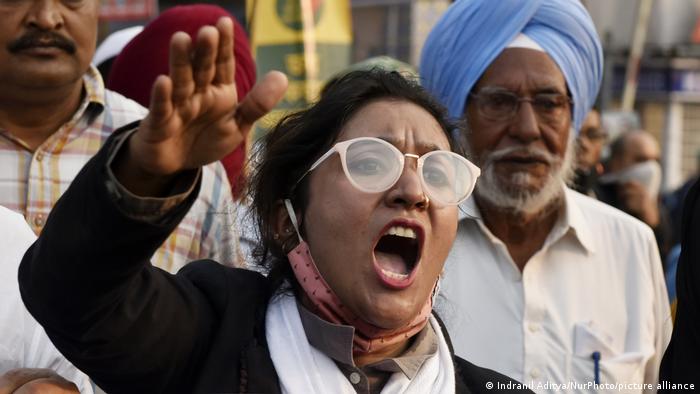 Indian farmers held a one-day nationwide strike on Tuesday after days of blockading New Delhi in a bid to force the government to repeal its new market-friendly farm laws.

They received support from railway workers, truck drivers, and other unions, who joined them in the strike.

The industrial action received a mixed response across India, with markets, businesses and roads closed in some regions, while other regions remained unaffected.

The farmers had emphasized that the strike would be a peaceful protest, and they would ensure that emergency services such as ambulances and fire brigades weren't affected.

"Our protest is peaceful, and we'll continue that way. Bharat Bandh is a symbolic protest to register our opposition. It is to show that we don't support some of the policies of the government," farmers' union leader Rakesh Tikait told reporters.

Tens of thousands of farmers have camped near the border of New Delhi since November 27 to protest the new laws, blocking most of the entry points to the national capital.

The farmers have said they will not return home until the laws are repealed.

The Indian government issued an advisory to all states and union territories to boost security. Thousands of extra police personnel were deployed in Delhi and neighboring states where farmers have been protesting for nearly two weeks.

The strike comes after five rounds of talks between farmers' unions and the government failed.

The sixth round of talks, which was scheduled for Wednesday, was canceled after Home Minister Amit Shah held a meeting with representatives of the farmers on Tuesday night to resolve the deadlock.

According to Indian media reports, the government offered amendments to the contentious laws which the farmers rejected.

During the meeting with Shah, the farmers were given a presentation of the bills and proposals of the changes the government intends to make in the three farm laws.

"The government will send its proposal by tomorrow. Then we will discuss if there is a need for another meeting. There has been no progress in the talks today. The government offered amendments, but the farmers want the laws should be repealed," Gurnam Singh Chaduni, a union leader told The Indian Express newspaper on Tuesday.

Meanwhile, a joint delegation of opposition parties is scheduled to meet President Ram Nath Kovind on Wednesday evening to discuss the issue.

They have expressed hope that the president, a non-partisan figure in India, will intervene in the matter even though he had previously declined their request to withhold his assent to the laws.

What are the laws they are protesting?

In September, India's parliament passed three controversial agriculture bills aimed at liberalizing the country's farm sector. They were subsequently signed into law by the president, sparking farmers' protests across the country.

The ruling Bharatiya Janata Party (BJP) insists that the laws will fetch better prices and free farmers from traditional middlemen who dominate the trade. The government hopes that its new policy will double farmers' income by 2022.

Farmers' associations say the legislation does not guarantee the acquisition of farm produce through state-run organizations that guarantee a minimum support price (MSP), thus leaving them at the mercy of corporations that are now expected to enter the country's troubled farming sector.

"We are fighting for our rights. We won't rest until we reach the capital and force the government to abolish these black laws,'' said Majhinder Singh Dhaliwal, a farmers' leader.

Opposition parties and even some allies of Prime Minister Narendra Modi have called the laws anti-farmer and pro-corporation and called on the government to accept the farmers' demand to roll them back. 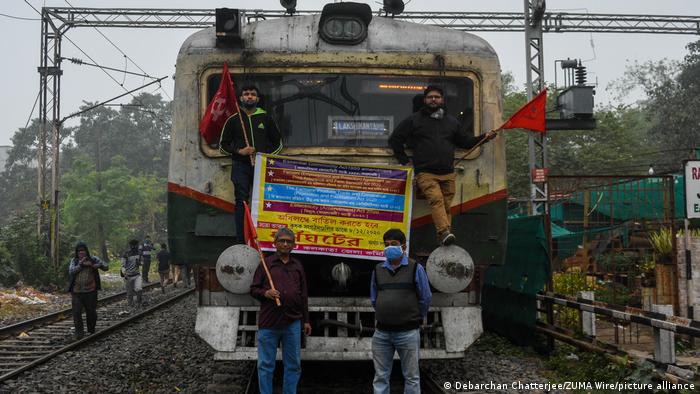 Domestic and international support for farmers

Union Minister Ravi Shankar Prasad said Congress supported privatizing the agricultural sector when it was in power but is now opposing it to gain favor with the farmers, an influential voting group.

The farmers have also received support internationally. Several US lawmakers have voiced their support for the ongoing protests.

"I stand in solidarity with the Punjabi farmers in India protesting for their livelihoods and protection from misguided, manipulative government regulations," Congressman Doug LaMalfa said on Monday.

"Punjabi farmers must be allowed to protest peacefully against their government without fear of violence," the Republican said in a tweet.

Trudeau released a Twitter video calling the police crackdown on the farmer protests "concerning" and saying they should be allowed to stage peaceful protests.

"Canada will always stand up for the right of peaceful protests anywhere around the world. And we are pleased to see moves towards de-escalation and dialogue," he told reporters in Ottawa.

Tens of thousands of farmers have said they will besiege Delhi if PM Modi's government doesn't meet their demands to repeal the recent farm market reforms. They say they're ready for a long, but peaceful, demonstration.

Strike by millions of Indian workers over Modi privatization plans